McIlroy says he’s found something, and I believe him 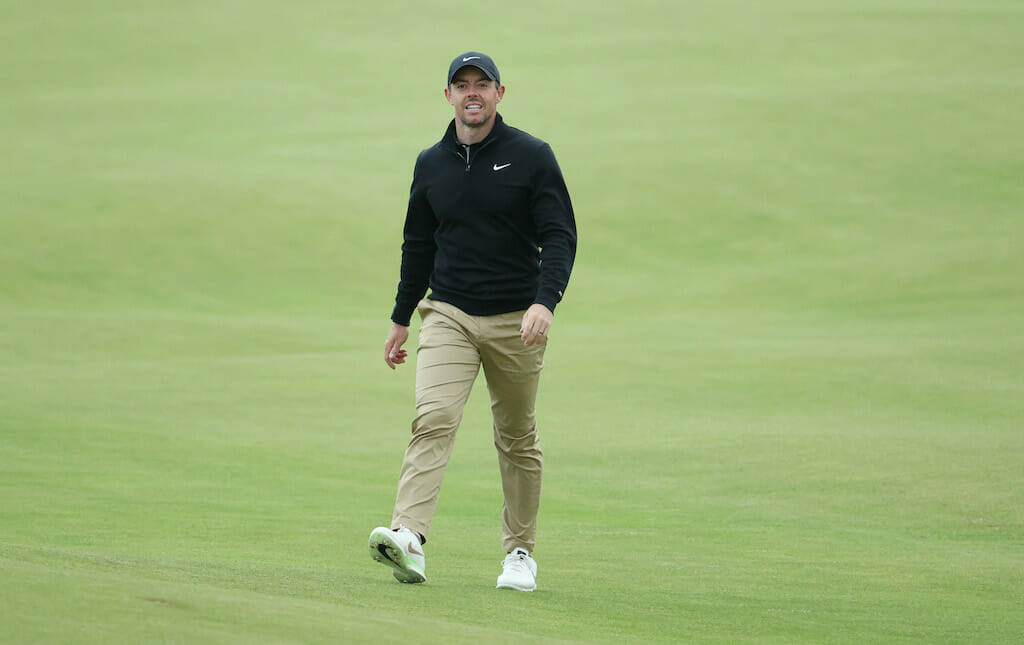 In July 2019 at The Open, I walked out of Rory McIlroy’s pre-tournament press conference at Royal Portrush convinced he was about to win the Claret Jug. Everything about him was so calm and so measured. He seemed to have found a state of zen, a level of comfort only a homecoming can bring. Then he heard the roar on that Thursday morning that shook the foundations of the first tee-box on the Dunluce Links, and McIlroy crumbled with it.

He under-estimated the weight of the occasion. He’d played golf in every atmosphere imaginable, from bipartisan Ryder Cup cauldrons to Major melees down the stretch. Never had he played with the tsunami of support and expectation that greeted him at Royal Portrush. Back then, his nerves got the better of him. Seven years now since his last Major win, why would this week be any different?

Well, fast-forward two years since the four-time Major winner convinced me to remortgage the house and put it all on McIlroy and once again the Holywood man has persuaded me to have a punt. A missed cut at The Renaissance last week was a blessing in disguise, affording McIlroy a few extra days prep at Royal St. George’s in what he feels is a head-start on the field.

But what’s reeling me back in for one last stab at a McIlroy Major win isn’t the extra prep but how it’s going… a revelation McIlroy couldn’t help utter during his press conference on Tuesday despite clearly mulling mid-sentence if saying this was a good idea:

“Yeah, I feel good. I’ve hit the ball…” and you can see the hamster wheels turning at this point as he pauses. Rory, we’ve talked about quelling expectation with Dr. Bob. We need to keep our trap shut. Let our golf do the talking. Dampen their hope while alleviating the pressure on ourselves. But I’m playing well… I know I am. Exactly, we know it. They don’t have to. Keep it to yourself. Say nothing. Even keel. No expectation… Rory… You know I can’t help it!

“… REALLY good in practice the last few days. I feel like I figured something out on Sunday here, which has been really good. I hit the ball great on the range yesterday, and I hit the ball well today on the course. It’s really about trying to get that blend of getting your mechanics right but then also letting your athletic ability and your instincts shine through, as well. It’s just been trying to get that balance. As I said, I feel like I figured something out on Sunday, and I feel good with it. I feel good about where I am going into the week.”

After an early arrival to Royal St. George’s, @McIlroyRory is ready to go ?? #TheOpen

Of course, if you were to go through the transcripts of player interviews ahead of Thursday, there’ll be quite a few players declaring themselves content with where their games are at. Talk is cheap, unless you’re a sucker like me who hears it and heads up the road to PaddyPower with a duffle bag of cash. But for the first time in a while, I believe McIlroy when he says he’s found something. There was no talk of transition under swing-coach Pete Cowen. Sure, that journey isn’t over – far from it – but McIlroy’s arrived at Major week and he’s happy with the state of his game.

For better or worse, he’s made a believer out of me.