Rahm rises to the top at the Renaissance Club 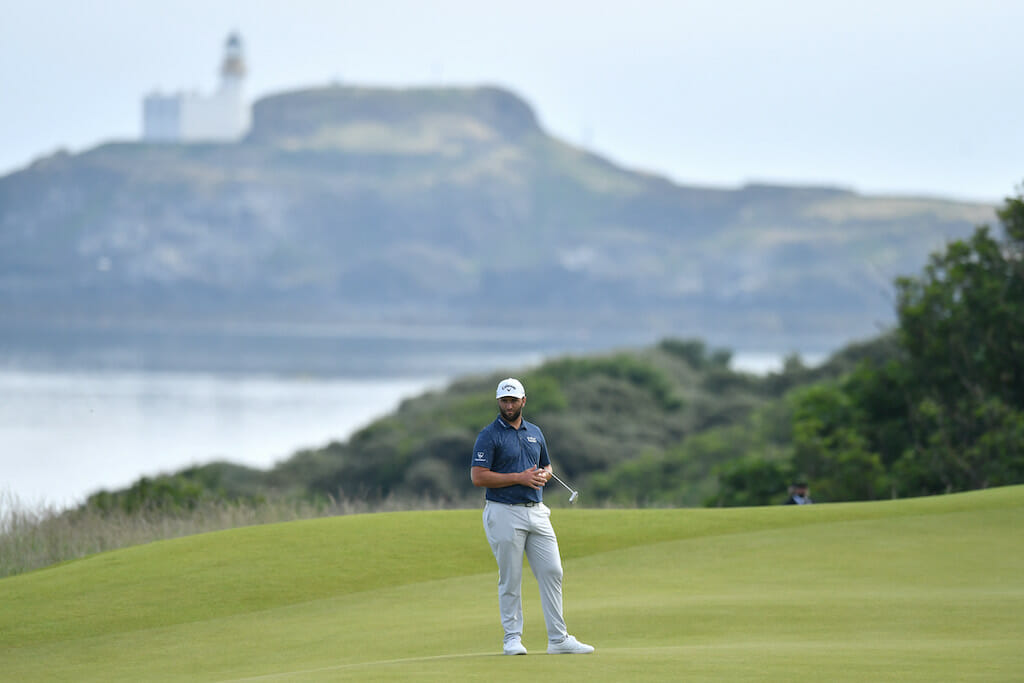 Jon Rahm continued his imperious form as he moved into a share of the lead after a six-under par second round at the abrdn Scottish Open, the second Rolex Series event on the 2021 Race to Dubai.

The World Number One, who won his maiden Major Championship three weeks ago at the U.S. Open, made the turn in just 29 strokes with six birdies on his front nine and recovered from dropped shots on the second and fourth holes with two further gains as he signed for an 11-under par total at the Renaissance Club.

“I think we were fortunate the first seven, eight holes, really no wind at all. So when you play a links golf course with no wind, you can make some birdies,” said Rahm.

“I was enjoying some really good iron play, hitting it close, and as hard as it is to believe, 7-under through ten, I could have made a couple more putts because they were not long. When the wind picked up, and playing 2 through 4 or 2 through 5, the starting line changed, so I feel like it was a little bit of adjustment in that sense.

“But you’re always going to struggle through a couple holes and I tried to minimise as much as possible. I would say through the whole tournament yesterday and today, maybe short game needs to be a little bit better, when I miss a green, give myself better chances for par – hopefully clean up a couple of mistakes.”

Rahm shares the 36-hole lead with Belgian Thomas Detry, who has four runner-up finishes on the European Tour, including the Porsche European Open last month, and Jack Senior, also chasing a maiden victory.

Padraig Harrington continues to lead the Irish challenge after adding a three-under 68 to his opening 67 to move to seven-under par and just four back of Rahm. Europe’s Ryder Cup captain carded five birdies and two bogeys and sits in a tie for 11th overnight, one clear of Ardglass professional Cormac Sharvin who was delighted with his six-under par position at the halfway point.

With the cut falling at two-under par, Rory McIlroy (-1), Graeme McDowell (+3) and Jonathan Caldwell (+8) all missed out on the weekend.