Power off to another fast start at Travelers Championship 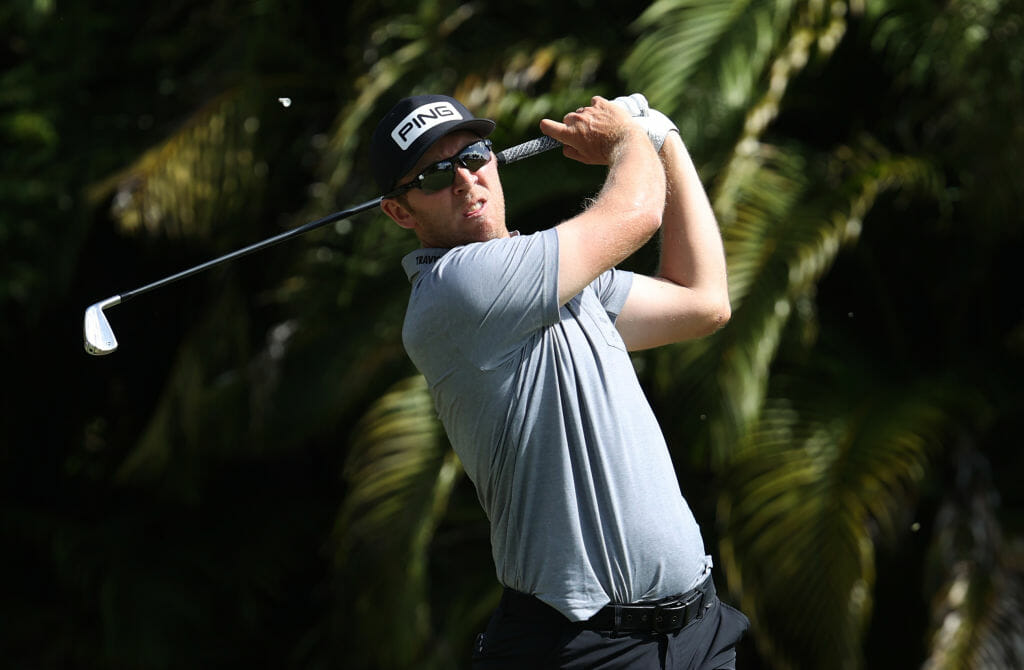 After firing a Monday qualifying 65 to make the field, Seamus Power continued his scoring form of late as he carded an opening (-4) 66 at $7.4 million Travelers Championship on the PGA Tour.

The West Waterford man fired in six birdies and two drop shots to sit in a tie for 9th only three shots off the leaders.

At the top the lead is shared by Japan’s Satoshi Kodaira and Kramer Hickok who both carded opening (17) 63s.

Defending champion Dustin Johnson, who held the world No. 1 ranking until Jon Rahm passed him Sunday with his U.S. Open victory, stumbled at the start with a bogey on the second hole and then a double on No. 3. He finished with a pair of birdies to end the day at 70 at TPC River Highlands.

Two-time Travelers champion Phil Mickelson sank a 64-foot putt for birdie on the par-4 ninth hole — his second-longest putt since the TOUR began tracking such things in 2004. The 2001 and ’02 winner then made a 40-footer for par on No. 10.

“That long birdie putt, it’s just a bonus. You’re just trying to lag it up there close and it just felt in,” Mickelson said. “Same thing on 10, after making a mistake and having that long par putt. To make it was a nice little boost. Unfortunately, I didn’t advantage of that on the back nine.” Micklelson was 1 over on the back in a 69.

“I let a good opportunity go after playing the front nine a couple under,” he said. “I was very close to hitting a lot of really good shots but they were just fractionally off.”

Kodaira’s 63 matched his best score on the PGA TOUR, from the second round of the 2018 RBC Heritage — his only victory. He was helped when he holed out from the fairway for an eagle on the 348-yard, par-4 second hole.

Hickok’s top finish is a tie for eighth at the Bermuda Championship this year. He opened with a bogey on the par-4 10th hole, then rattled off eight birdies without dropping another stroke the rest of the way.

“I really only hit one bad putt — on the par-5 13th. Other than that, I just felt like the holes looked awfully big today,” he said. “I made a lot of good putts today, and the greens says are rolling so good that just the holes look big.”

Hickok said he had his worst warmup session of the year in the morning, spraying the ball all over the range.

“So I really changed my strategy,” he said. “You just take a lot weight off your shoulders and you just go and simplify things … just saying, ‘I don’t have that shot today. I’m not going to try and hit it.’ Just go with what you got.”

Seamus Power will tee off his second round from the 10th hole at TPC River Highlands at 13:25 Irish time today