Koepka identifies how the war of words with DeChambeau began 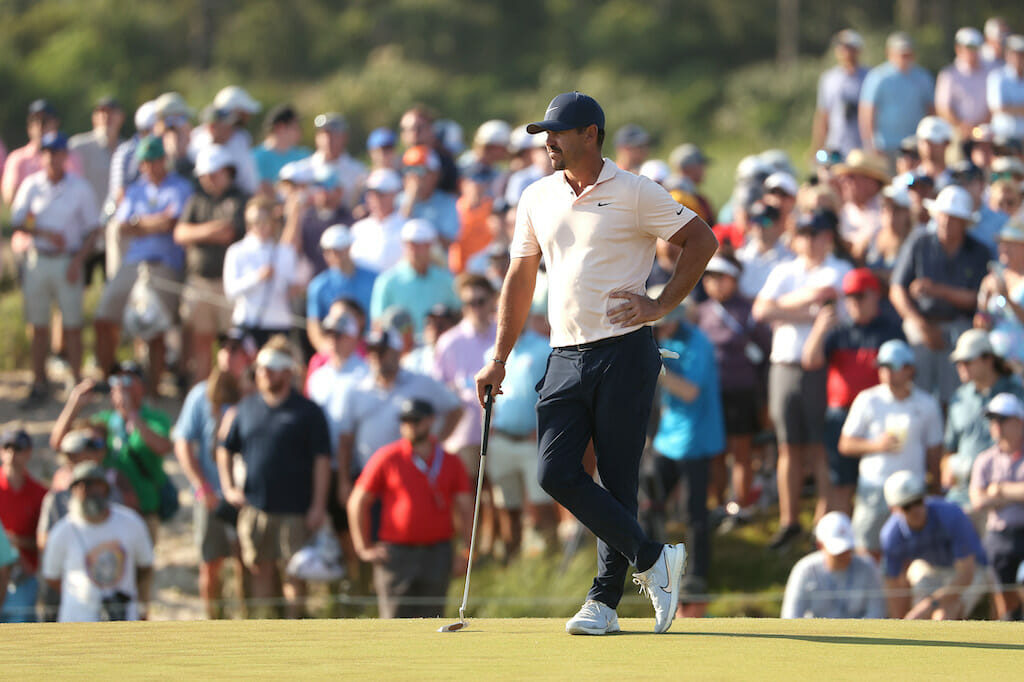 It’s like a travelling circus.  The circus pulls into a new town and while it’s a brand new audience, it’s still the same old show.

Point at hand is now the latest chapter in the Bryson DeChambeau and Brooks Koepka saga is unfolding this week at TPC River Highlands in Cromwell, Connecticut, venue for the Travelers Championship.

Though there is a slight twist to the PGA Tour’s off-course ‘we’ll just brush it under the mat’ sideshow with Koepka identifying how this spat started.

In fact, it goes all the way back to the 2019 Northern Trust Open in New Jersey and is, in part, the work of Koepka in talking about the problems with slow play and, in part, mentioning DeChambeau soon after he had captured the European Tour’s Omega Dubai Desert Classic at the Emirates Club, though Koepka had not been contesting the event.

At the time, video clips of DeChambeau were circulating on social media, including one that timed DeChambeau taking well over two minutes to make a putt and, no doubt, this is where Koepka’s reference to DeChambeau originated.

Then in August, on the final day of the Northern Trust Open, DeChambeau was on the Liberty National practice range, and due out at 11.30am, when he walked up to Koepka’s caddie, Ricky Elliott, and said that he wanted to talk to Koepka directly about the issue.

So when Koepka arrived on the range, ahead of a 11.10am tee-off,  the message was passed on to him, and the two spoke.

Koepka brought-up that impromptu meeting in his Travelers press conference.

“I thought it was just interesting when he [DeChambeau] walked up to my caddie and told Ricky (Elliott) that if I had something to say, to say it to his face,” said Koepka in attending a formal press conference ahead of this week’s $US 7.4m event

“I thought that was kind of odd.

“When we had that conversation at the ’19 Northern Trust and we agreed on something but he went back on it. So, you know, if you’re going to go back on your word, I don’t have much respect for that.”

In researching those events on the Liberty National practice range both players were approached following the last day’s play to ask what they had been talking about.

Koepka did acknowledge that DeChambeau was upset that Koepka had named him specifically when talking about slow play but he had tried to explain to DeChambeau that he was not trying to just single him out, but rather the problem overall.

“Like I said, I mentioned his name once,” Koepka said at the time.

“So, I don’t think I’ve come at him. I just talked about slow play, and obviously he feels I’m talking about him every time.”

DeChambeau said he appreciated getting a chance to talk directly with Koepka about the matter.

“It was awesome and it was actually fantastic talking to Brooks”, said DeChambeau.

“I appreciate what Brooks did. I have high respect for him because he did that. There was one instance he said in Dubai, and he said, ‘Yeah, I said something about that, but it was in general and got blown out of proportion.’

“He said a lot of things about slow play out in public, and you guys have asked him that and he has the right to say things just as I do.

“I have heard him talk about slow play before and he has mentioned my name before, and I just wanted to clear the air. Make sure that nothing was of any importance after, and he’s got respect for me; I have respect for him.

That was DeChambeau speaking nearly two years ago.

So, if you thought the air had been cleared, wrong!