McIlroy welcomes Yuka Saso inside the ropes at Torrey 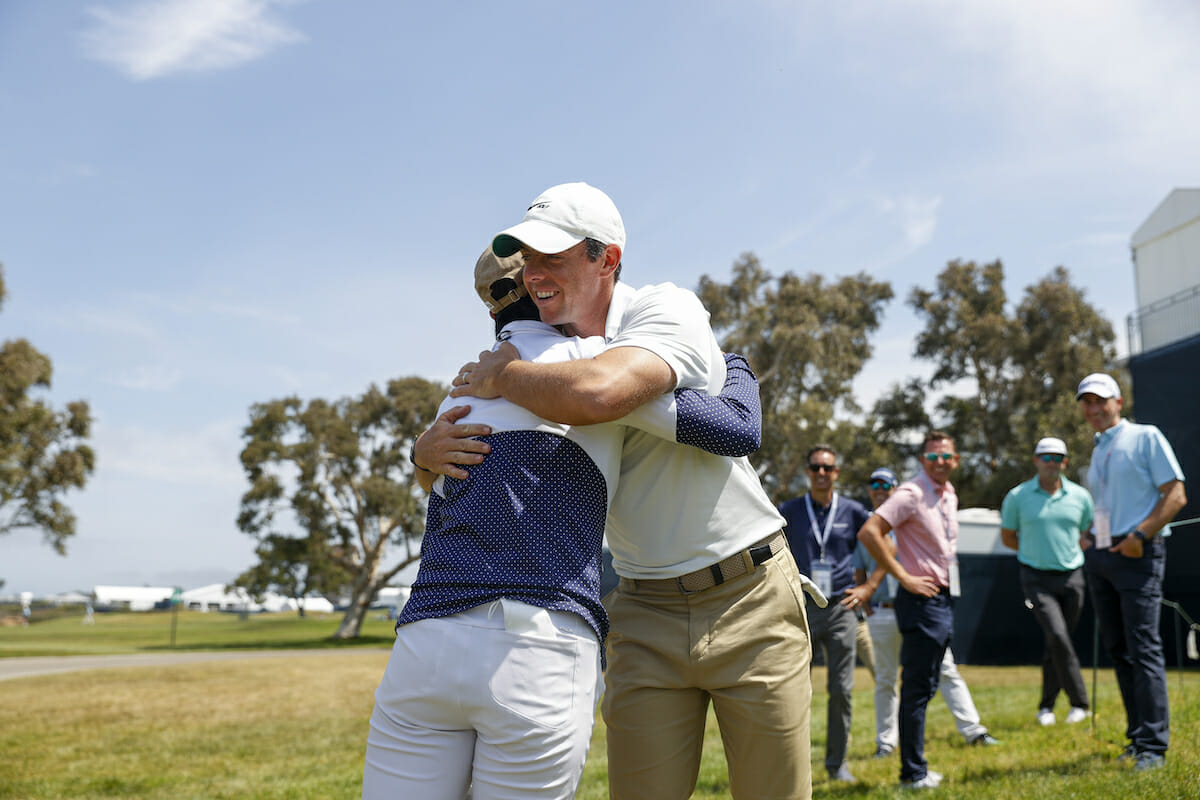 You’d think trying to hole the winning putt at the US Women’s Open would be a nerve jangling experience but for 19-year-old Yuka Saso, meeting her idol, Rory McIlroy was a far more daunting affair.

“I didn’t know how to say hi,” Saso laughed having been invited inside the ropes during McIlroy’s practice round on Tuesday ahead of Thursday’s starting men’s US Open at Torrey Pines.

Yuka Saso met her idol, Rory McIlroy, at Torrey today. How cool to be holding the trophy she dreamed of winning at the same time?!? Another epic day for Yuka. Memorable one for Rory, too. pic.twitter.com/I6kcd3YIOO

“But he was so nice. He was so kind. He was so open. When I asked him a question, he was so honest. I hope I can ask him more advice.”

Prior to getting over the line at Olympic Club for her maiden Major title, the sweet swinging Philippines golfer had revealed that she spent hours watching McIlroy’s swing on YouTube, modelling her own around the four-time Major winner. Unsurprisingly, as she took notes on her golfing hero’s action, she dreamed of one day meeting him, rehearsing what she might say if she ever got the chance.

“Yes. But I forgot everything,” she laughed, nerves overcoming.

McIlroy had taken to social media following Saso’s breakthrough win to say “Everyone’s going to be watching Yuka Saso swing videos on YouTube now.” And although the Holywood star was full of advice for the latest LPGA star, Saso was keen to keep McIlroy’s secrets close to her chest, unwilling to reveal the “things” they chatted about.

McIlroy wasn’t the only player on Saso’s radar during Tuesday’s practice round, however.

“I couldn’t even see the start because in women’s golf the ball speed is around 140, 145. Here it’s like — it’s so fast that I can’t see them halfway. I saw Phil teeing off from 1.

“There’s a bunker left and right, and I heard it’s like 260. For us it’s like not reachable, right, and he just hit it — like went over it. For them it feels short, but for us it’s so long. Yeah, it feels weird.”

“It’s been a great day, and I’m thinking to come back tomorrow morning before I fly back to Atlanta.”

There, Saso will look to implement any advice or inspiration she has received – not that she needs any on her Olympic showing – but with the KPMG Women’s PGA Championship at Atlanta Athletic Club next week, who’d bet against her repeating the feat.

As for McIlroy, he tees off on Thursday in the company of Justin Rose and Dustin Johnson. He will speak to media later today [Wednesday].