Power off to solid start as Padraig struggles at Palmetto Championship 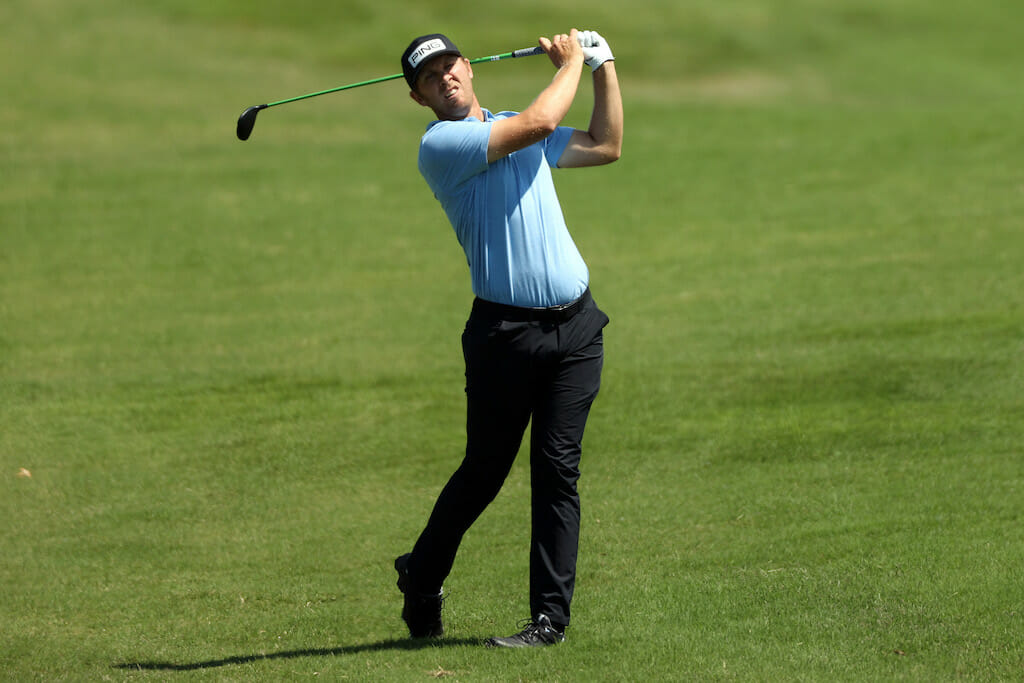 Seamus Power opened with a one-under par round of 70 to trail six shots behind first round leader Wes Roach at the Palmetto Championship at Congaree.

It was a case of one step forward, one back for much of the opening day for Power; the West Waterford professional posting plenty of good stuff with five birdies in total but also four bogeys. That left the 34-year old in a tie for 41st overnight, three strokes better off than his Olympic teammate Padraig Harrington who had a real battle on his hands before signing for a two-over 73.

The 49-year old was going along nicely, one-under to the turn with no bogeys before a run of four dropped shots in five holes on the back. A booming 350-yard drive on the par-4 16th saw Harrington get up and down for the second birdie of his round but he’ll need a low one Friday if he wants to be around for the weekend, his two-over tally currently sharing 93rd.

Dustin Johnson got off to a fast start Thursday in his home-state Championship, shooting a six-under 65 that left him a shot behind leader Roach.

Johnson, a South Carolina native, hadn’t played since missing the cut the last time he teed it up in the Palmetto State at the PGA Championship on Kiawah Island last month. Johnson appeared he might hold a share of the lead before Roach, a 32-year-old seeking his first PGA Tour victory, rolled in a 19-footer for a go-ahead birdie on the 16th hole.

Still, Johnson had a smooth, bogey-free round in the field’s first try at the Congaree Golf Club as the replacement tournament for the cancelled RBC Canadian Open.

“I felt like I’ve been swinging well for a while now, just haven’t really seen the results or seen the scores,” Johnson said after returning his lowest round since shooting 65 in the second round of the Sentry Tournament of Champions last January. “Made a few putts, but yeah, I mean just playing solid. Finally put a round together.”

As for Roach, he’s in uncharted waters, leading a PGA Tour event for the first time in his career after round one:

“It feels great,” he said. “Hard work paying off a little bit. It’s just 18 holes and there’s a long ways to go, but I’m just going to do my best to stay present out there and just continue to hit quality shots.”