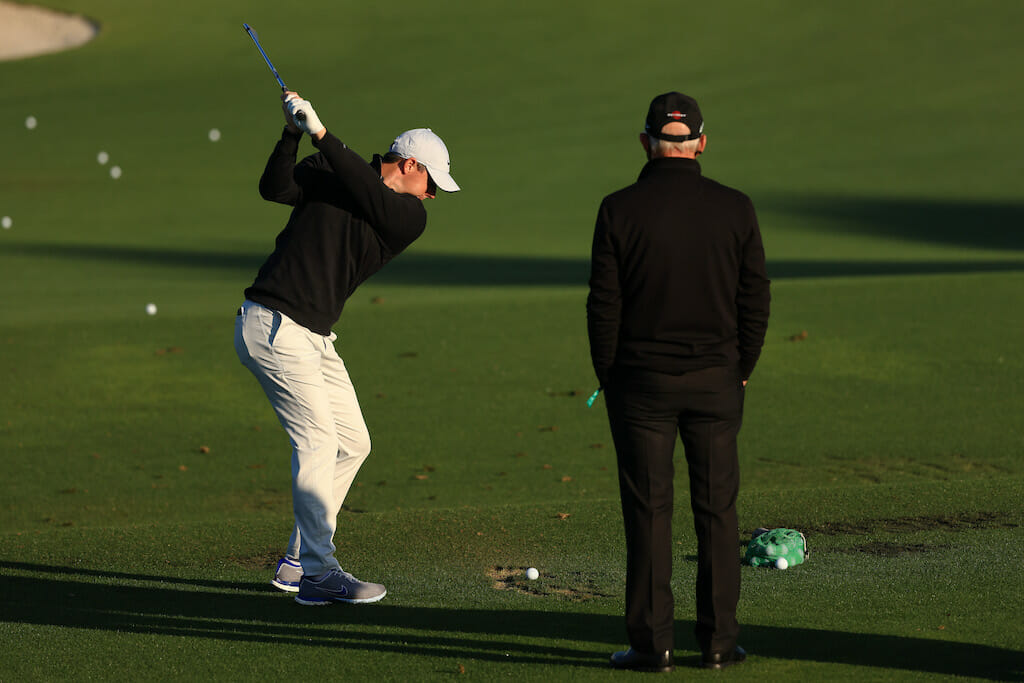 18-time Major winner Jack Nicklaus admits he wasn’t aware Rory McIlroy had a new swing coach on board, or indeed who Pete Cowen was, but from experience, he believes McIlroy’s decision to recruit a fresh perspective can only be a good thing in the long run.

Ahead of this week’s Memorial Tournament, hosted by Nicklaus himself at Muirfield Village in Dublin, Ohio, golf’s Golden Bear was asked for his take on McIlroy’s change in direction, and although Nicklaus had to be brought up to speed with the details of the addition of Cowen, he could relate it to his own time as a player and a lesson imparted by his long-time coach, Jack Grout.

“I’m going to tell you a story,” Nicklaus began. “Jack Grout was my only teacher. But Jack Grout understood that there were more ways to play golf than just what he thought. Now pay attention. (Laughing).

“Now he sent me to Toski, Toski was identical to Grout. Hands underneath the club, good base, use those lower legs, swung the club, created a great rhythm, he was great.

“Byron? Byron was sliding his hips and trying to get me to slide my hips and do things that he was doing. Couldn’t do it.

“Claude Harmon? Claude Harmon, he got me right here (Indicating.) This is just before I went to the Walker Cup matches in 1959, Grout sent me over to see Claude Harmon. And I said, ‘man, Grout, why did you do that right before I was going to play the Walker Cup?’ I came back and I popped my hand back, I said, ‘I can’t play that way’. ‘But that doesn’t mean you can’t play that way. I mean, there’s different ways to play this game’.

“And if you look – Jon Rahm’s this way, Dustin Johnson’s this way, Jordan’s a little bit this way. And Jordan’s played much better lately since he’s gotten more back this way, because that’s the way he played most of his life. He had been trying to get it up here and it hadn’t worked for him. He’s back over here a little bit and now it’s working for him.

“So that was what Grout wanted to do, he wanted to teach me there’s more ways to play the game and that I ought to know that and ought to be able to do it and so that’s why I’m sure that Rory’s been being going to somebody else and getting more philosophies.”

But when is more information too much? Well, if it ain’t broke, don’t fix it. In McIlroy’s case, change was needed. There’s only one case that Nicklaus can point to unequivocally to say change was unnecessary.

“The only one that I never understood though was Tiger and he wanted to — at Pebble Beach he won by 12 shots is that what he won by? 15 shots? Excuse me.

And who are we to argue with it?