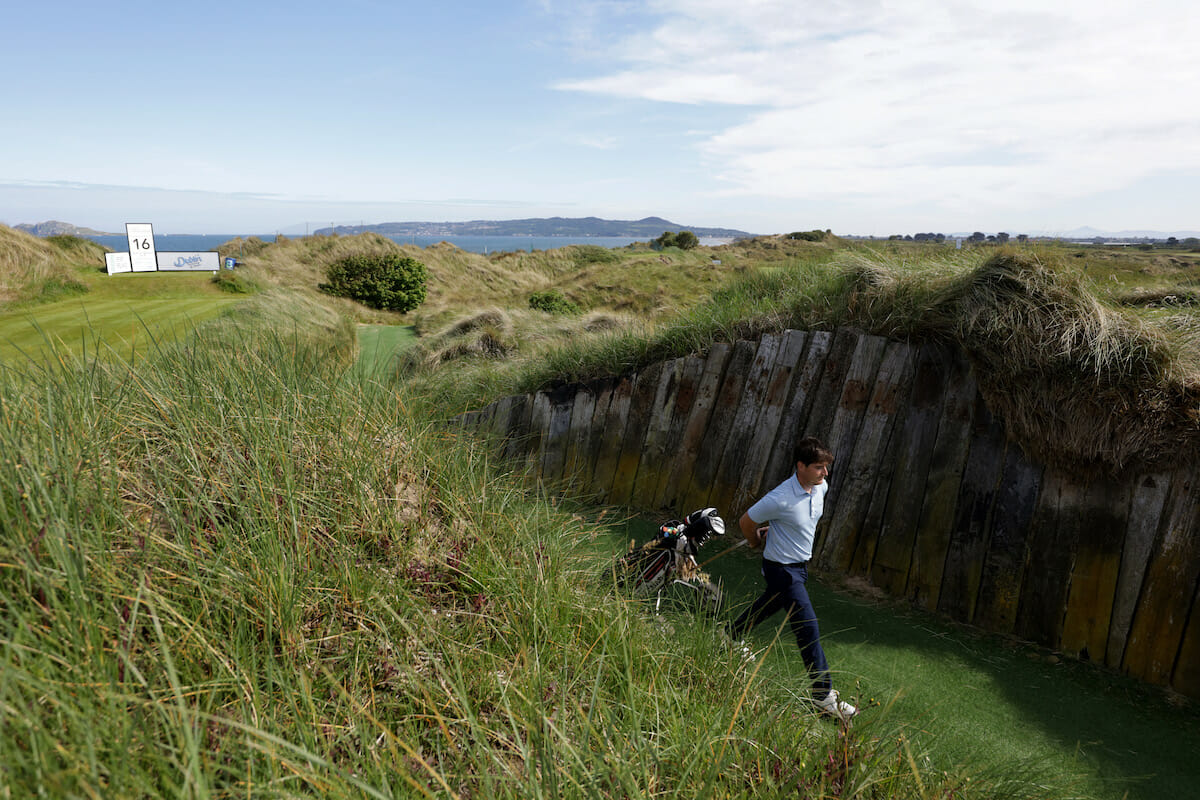 Sunday is a huge day in the career of Dermot McElroy. The Northern Irishman finished strong on moving day carding three late birdies to card a 67 finished the day at eight under par, one shot ahead of Spaniards Eduard Rousaud and Alfredo Garcia-Heredia as he goes in search of a maiden Challenge Tour victory tomorrow.

McElroy was proud of his performance, especially his approach play, capitalizing with six birdies on day three.

“Tee to green I played very well. I hit 17 greens in regulation which is great. I only hit two bad shots and I managed to get away with them in the end which is great. I am very happy with my score it was a good finish.”

The 27-year-old made a birdie on 15 in very adventurous style and admitted to being very fortunate.
“I normally just hit three wood on the 15th tee, but the wind switched on the back nine. It was the south east and then it switched to east, so the wind was just straight off the right. I wanted to get down past the corner because I did not want to be hitting a blind shot.

“I hit it about 50 yards right and luckily your cameraman found it for me, and it was sitting like a coconut. I had about 150 yards, so I was able to hit a pitching wedge to about 30 feet and managed to hole it for birdie.”

Despite crowds still not being allowed at Challenge Tour events, McElroy enjoyed having a few spectators cheering him on the last green from Portmarnock beach.

“It was brilliant. Before I hit the putt on 18 I just wanted to hear the cheers and luckily it was a good putt. I wish we were allowed crowds because when I am playing well at home I do miss it.” 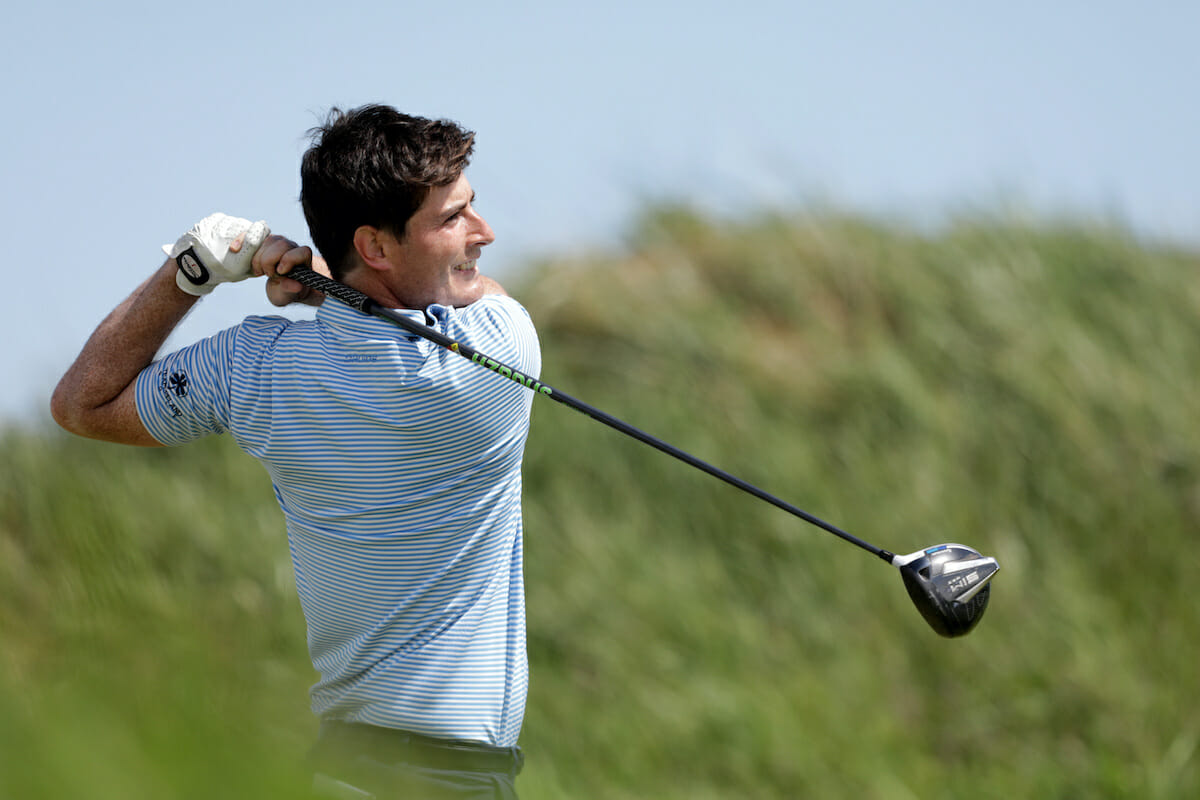 Sunday will be a huge day for McElroy who is full of confidence ahead of the final round but is managing to keep himself focused on the job in hand “I actually never looked at a leaderboard all day until I hit my second shot into 18 so that’s probably worked in my favour. I have been playing quite well for probably the past year but especially the last month or so at home, so I was coming into this week with a lot of confidence. I knew I was going to play well tee to green so I am quite happy to have played myself into this position”

McElroy has huge ambitions, far beyond his current Tour status and knows all too well the importance tomorrow will have on his career progression.

“If I play well tomorrow, I have a good chance and it would change my whole season and schedule as I only have a EuroPro Tour status and a win here would get me a full Challenge Tour card.  My three years with Team Ireland was up this year too so I only got a last-minute invite here from Team Ireland which was great and I really appreciate that.”

“If I can just keep doing what I am doing you never know, tomorrow is huge for me. I have big ambitions to be playing European Tour and then hopefully progress along to PGA Tour, that’s a long way away and I will take it one step at a time but that’s my long-term goal.”

“I have played that much links golf that I know you need to stay patient. Things can go against you on the links but you just have to accept it and move on. Im in a great position and looking forward to the challenge ahead tomorrow”

One shot further back in a tie for 8th sits St Annes Cameron Raymond as he also posted a moving day two-under-par 70. Michael Hoey finds himself in a tie for 14th on one under with Paul Mcbride (+1) and Stuart Grehan (+1) sit in a tie for 25th. Of the other Irish that made the cut, Gavin Moynihan (+2), James Sugrue (+3), Conor O Rourke(+4) and Simon Thornton (+6) will all be looking for a Sunday charge on home soil.

The final round of the Irish Challenge will begin at 7am local time on Saturday May 30, with McElroy teeing it up alongside Rousaud and Garcia-Heredia at 10:33.