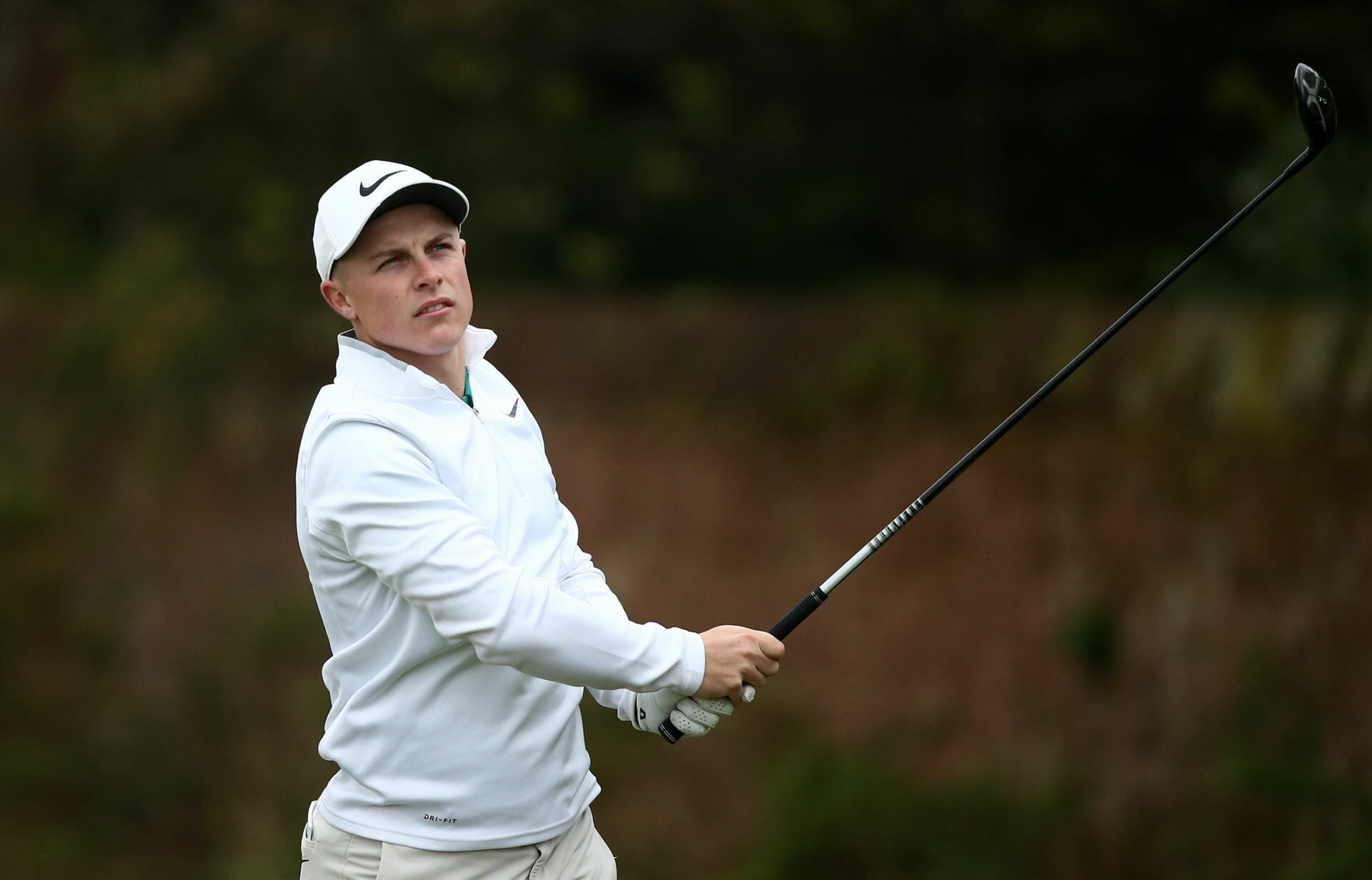 Portmarnock’s Conor Purcell made light work of his lack of game-time to return a six-under par 66 on his first Challenge Tour appearance of the year at the Range Servant Challenge.

The 23-year old Dubliner, who last competed on the Challenge Tour at last September’s Northern Ireland Open, carded four birdies and an eagle before play was suspended due to fading light on Thursday, with one dropped shot also on the card.

The winner of our maiden Irish Golfer Shootout last summer came out this morning and picked up where he left off, signing off with a birdie for a superb opening score, good enough for a tie for sixth at the completion of round one, one shot off the leaders.

At the top it was Borja Virto who posted his lowest competitive round in almost three years as he grabbed a share of a five-way tie at Hinton Golf Club. The Spaniard carded a seven-under par round of 65 to join Sweden’s Christofer Blomstrand, Poland’s Mateusz Gradecki, Scotland’s Craig Howie and Norway’s Espen Kofstad at the top of the leaderboard after bad weather caused a three-hour delay to proceedings on Thursday.

“I’m really happy with the way I played today,” said Virto. “It’s really nice to start with seven under. I haven’t gone that low in a very long time actually, so I was really pleased with today.

“For the first 12 holes, I played really well from tee to green and made nice up and downs for birdie on the par fives. I left myself a lot of birdie chances and made most of them from five or six feet.

“The putt on 18 is a big boost to start the round tomorrow, because I was struggling a bit on the last five holes, just grinding to try and finish the score. It was a nice bonus.”

As for Ireland’s other competing stars, James Sugrue posted a two-under par 70 on debut, the same score as regular Alps Tour player, Paul McBride. Gavin Moynihan was at even par and Tramore’s Robin Dawson returned a two-over 74 with the projected cut-mark currently three-under par.