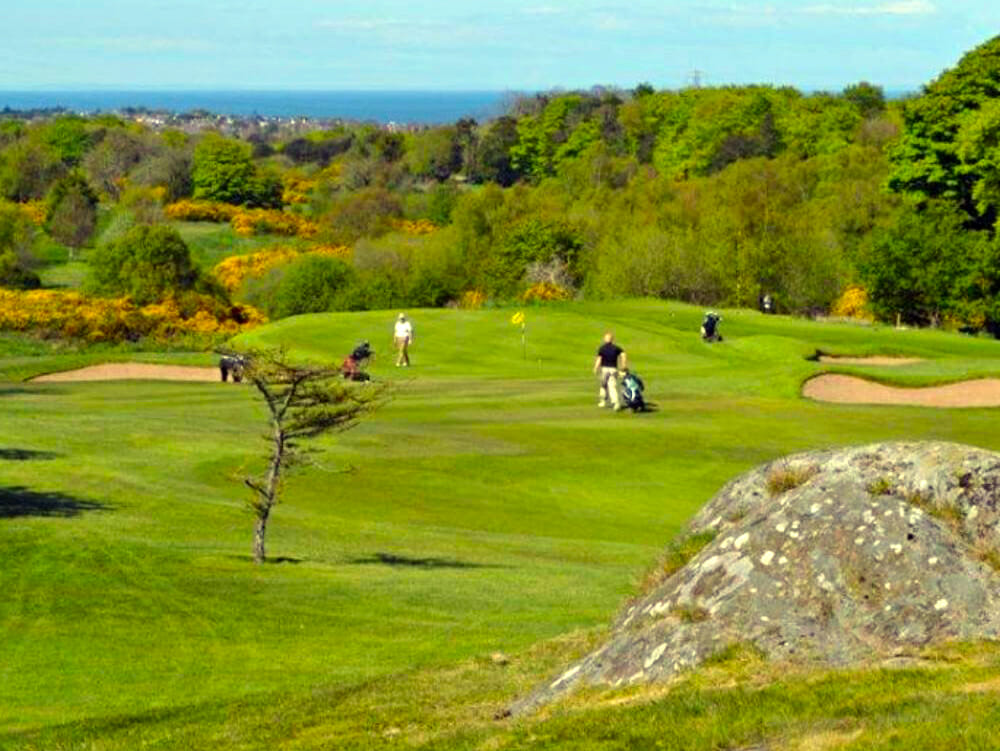 Young golfing stars of the future will be taking to the fairways at Clandeboye Golf Club for the PGA EuroPro Northern Ireland Masters Golf Tournament.

The EuroPro Tour is a developmental tour which attracts an international field including players from Australia, South Africa and Europe. With the Irish Open and The Open having made recent returns to Northern Ireland, Clandeboye is delighted to be facilitating the return of the PGA EuroPro Tour for a three-year series.

Mr Owen Trainor, Clandeboye Golf Club Captain, said: “We are delighted to announce that Clandeboye Golf Club will host the upcoming PGA EuroPro Northern Ireland Masters Golf Tournament from 16-21 August 2021 on our Dufferin Championship course. The Club is pleased to be supported by Ards and North Down Borough Council, Tourism NI, Sport NI and the Northern Ireland Executive.”

Speaking at the launch, First Minister Arlene Foster said: “This is a very special tournament which provides a fantastic opportunity for the next generation of golfing stars to showcase their talents on an international stage.

“It is also an important platform for the Clandeboye Club. I hope that this will be a stepping stone to greater things, as it proved to be for the previous Tour host Galgorm. Golf continues to deliver for Northern Ireland as part of our tourism offering.  I anticipate that this tournament will further cement our position as a ‘must play’ destination for golfers.

“I want to pay tribute to Clandeboye Golf Club for the hard work that has gone in to securing the event.  I also recognise the commitment by EuroPro in bringing the NI Masters to Clandeboye, not just for 2021 but for the next two years as well.”

Deputy First Minister Michelle O’Neill said: “I’m delighted that the PGA EuroPro tour is returning to our shores once again. This prestigious tournament coming to County Down is great news for local sport. It will be hugely beneficial, both for the development of young players and raising the profile of our golf offering on a global scale.

“The success of Clandeboye Golf Club in securing the tournament is a real vote of confidence by the European Tour, and I congratulate all those involved in planning and delivering this special event.

“The caliber of our golfers and their phenomenal success on a world stage is widely recognised and I very much look forward to August, when we will have an opportunity to see the golf stars of the future at Clandeboye.”

The EuroPro Tour is the world’s most widely broadcast tour for aspiring young professionals, reaching 500 million homes in 142 countries via extensive coverage on Sky Sports Golf HD. Mr Trainor added: “We’re thrilled that we can continue to promote golf in Ards and North Down, highlighting another attractive part of Northern Ireland with its fabulous golf courses, stunning scenery and rich history.

“We want to build on the success of the Open, Irish Open and ISPS HANDA World Invitational and see a ripple effect spread to County Down, demonstrating that we have the facilities, infrastructure and the ambition to host prestige golf events.

“We also want to highlight Northern Ireland golf as a model to involve and inspire younger players by creating a unifying spirit through golf and sport. This PGA EuroPro Northern Ireland Masters Golf event, over the next three years, enables us to do that.”

Local golfers will have the opportunity to secure an entry via the Rory Blue Tee Series held each year at Clandeboye in May, June and July. The top performing golfer will secure an entry into the PGA EuroPro Northern Ireland Masters Tour Event.

Mr Trainor added: “The hospitality sector has been badly affected by Covid and we believe this Tournament can provide the local economy with a timely and well-deserved boost.

“We are confident that Clandeboye, working with our key partners and sponsor, can deliver an event that will be exciting and inspiring, as well as showcasing Northern Ireland in a positive light across the world. This is more than just a golf event.”