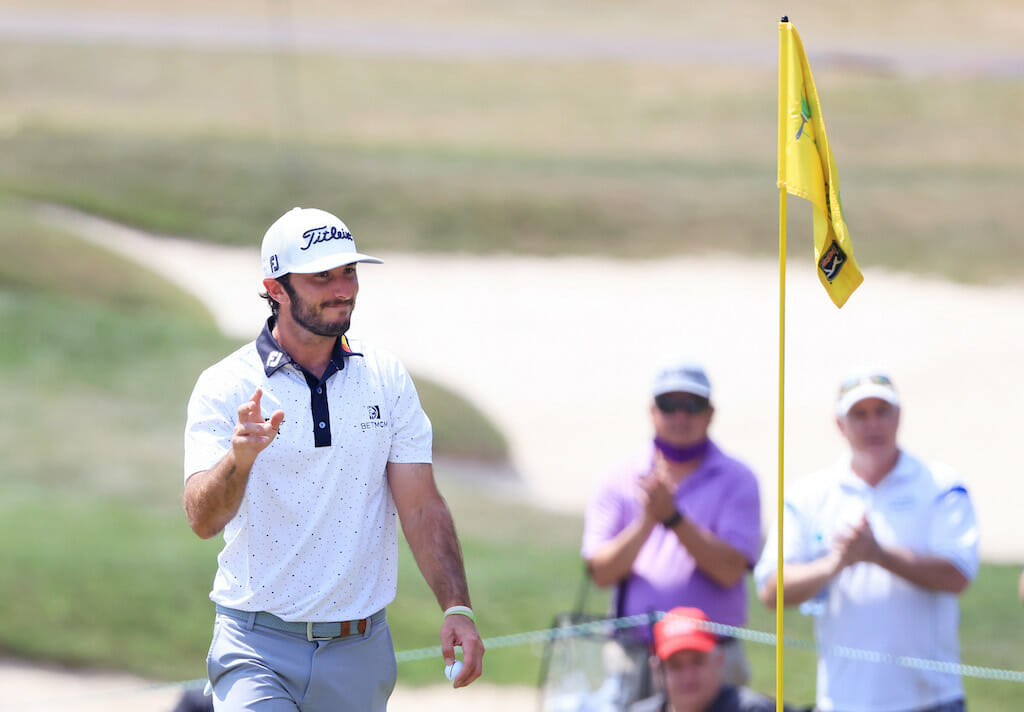 Keegan Bradley and Sam Burns remained locked together at the top of the Valspar Championship leaderboard but saw their four-shot cushion reduced to one with a round to go in Florida.

The lead pair posted two-under par 69s to move to 14-under par, one stroke clear of Max Homa who took route 66 to the clubhouse to move into solo third at minus-13. Amongst the highlights of his moving day five-under par effort was a hole-out eagle from 140-yards on the par-4 sixth but it was a long birdie putt on 18 that had Homa fist-pumping ahead of what promises to be an exciting Sunday at Innisbrook.

“Everything felt really in control,” said Homa. “I had my best ball striking day for sure today. Didn’t hit a ton of greens but really struck the ball well, kept making putts. So that’s been fun. But just kind of a repeat of last couple days, I think.”

Homa, who won earlier this year at the Genesis Invitational, is looking to join Bryson DeChambeau and Stewart Cink as the only two-time winners this season.

“Just keep doing what I’m doing,” he said of the plan for getting over the line on Sunday.

“It’s funny, it’s 10 or so years ago but I used to do this a decent amount in college and when I first turned pro I was comfortable in these positions. So I had a kind of a dry spell for a while, but when I get back here now and I’ve kind of been in this position a few more times more recently, I feel like kind of like the old me’s back a little bit, mentally.

“Obviously the golf game can fluctuate, but I just feel like my head’s in a good spot week-to-week and when I put myself in a spot like I have this week I just feel ready and comfortable and just kind of accepting what happens.”

Ted Potter Jr fired the round of the day – a nine-under 63 – to move into a share of fourth at 10-under par alongside Joaquin Niemann, Abraham Ancer and Cameron Triangle at 10-under par.

“Biggest thing is just finding more fairways I think this week it felt like,” said Potter Jr. “Yesterday I didn’t really hit the ball that great and I struggled trying to find the greens. Today I hit the ball much better from tee to green, so and I had a lot of straighter putts than yesterday too on top of it.”

Viktor Hovland was the best of the European challenge, tied for 12th alongside Louis Oosthuizen at seven-under par.

Meanwhile, Justin Thomas carded with his best round of the week, a four-under 67 to move to six-under par. Ahead of next weekend’s Walker Cup at Seminole, the American, who earned his Walker Cup cap in 2013, was asked of his memories of the famous amateur team contest.

“I have a lot of great memories of the Walker Cup,” said JT. “It was my last amateur event. We had a great team. We beat up on them pretty good, if I remember right. A lot of really close friends on the team. But it’s a very, very special week.