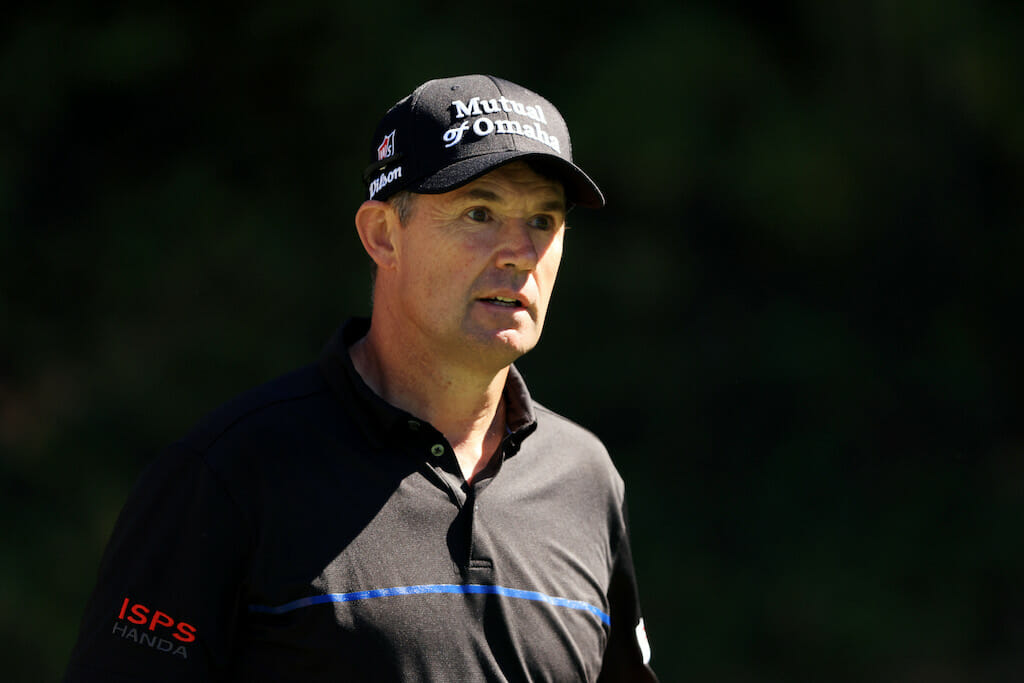 They were one-time fierce rivals and certainly not the best of friends but any bad blood between Padraig Harrington and Sergio Garcia is long gone.

Just as well then for the European Ryder Cup team ahead of September’s renewal at Whistling Straits because the likelihood is, whether he plays himself onto the team automatically or earns a Captain’s pick, that Garcia will be joining Harrington in another team-room at the famous biennial contest.

Loads of good insight from Padraig Harrington on @GolfWeeklyOTB

Really strong on why Sergio Garcia is in line for a captains pick at the Ryder Cup.

Speaking on OTB’s Golf Weekly podcast, Harrington was left surprised when former European Tour player and good friend, Peter Lawrie said that he believed, if it were to come down to Garcia and Shane Lowry for selection, that the nod would go to the Irishman.

“I wouldn’t want to say anything, but gee whizz, with Sergio, literally, how could you not pick Sergio Garcia when it comes to the Ryder Cup?

“I know I’m not declaring any picks but it is the Ryder Cup. Sergio has the best record, he’s the best performer. He’s literally made for the Ryder Cup. Nobody wants to play against him. He will probably play five times. He would lead a team. You have put Shane up against a very strong candidate there!”

But that’s the reality of Harrington’s potential selection headaches, and Lowry’s competition. Garcia is on the bubble with the likes of Robert MacIntyre and Bernd Wiesberger. Former Ryder Cup stalwarts in Justin Rose, Martin Kaymer and Henrik Stenson have yet to enter the frame. There’s plenty of time for Lowry to play his way into the automatic places but he might just have to, especially if it’s a choice between the Clara man and Ryder Cup record holder Garcia.

“Sergio is a Ryder Cup leader,” Harrington reiterated. “I pushed very hard last time for the pick and my basic argument is you start Sergio out on Friday morning and he could lead the team and you have five points. He could lead your team and he loves it.

“The match play suits him, he plays well tee to green all the time, his putting can be iffy, but in match play that is not as big an issue.”