A year in progress for NI golf 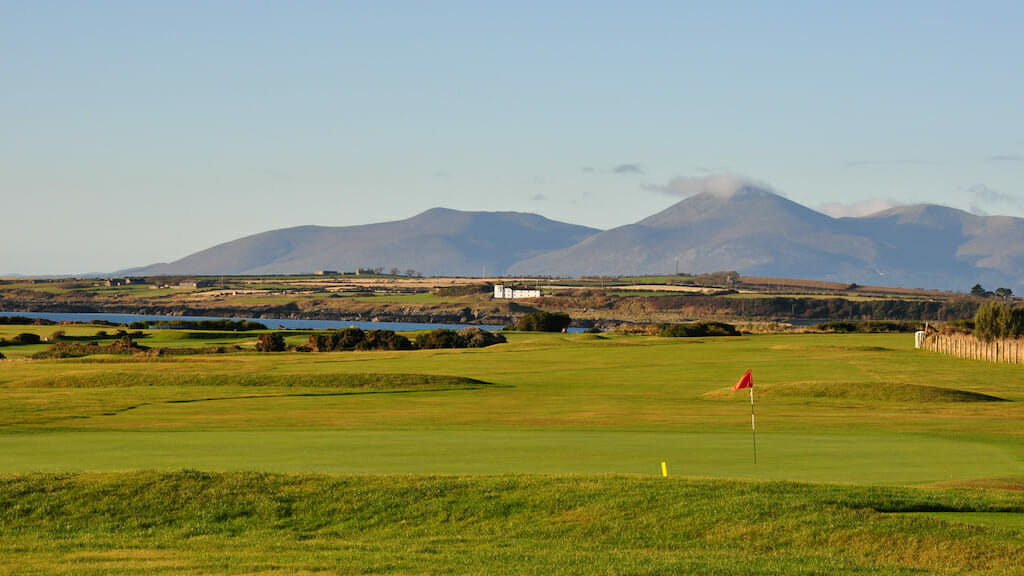 For many, the past 12 months have been a time to tighten the purse strings and hope for survival. For others, opportunity has arisen to invest in the future. Here’s to some of the great working being done in golf in Northern Ireland of late:

Ardglass Golf Club is in the middle of a multi-phase development with designer Ken Kearney at the helm. Nine holes have already been redeveloped with 36 new revetted links style bunkers, mounding and a refurbished drain on the signature par-5 11th. The year 2020 was due to be phase five which would have seen new green complexes on two holes but  operations were paused temporarily.

“All round it has been really positive,” says Paul Vaughan, the club’s Director of Golf. “The first four phases have bedded in lovely and have resulted in many positive comments from members and visitors alike.”

Beautiful Belvoir Park is pursuing a programme of course improvements as the club’s centenary approaches (2027). Early in 2020, the club completed the re-design and construction of new bunkers at four holes under the guidance of William Swan (Swan Golf Design). Despite Covid-19, the re-design of bunkers on three more holes began in the autumn. When finished, this will see the modernisation of the entire complement of bunkers on the course. 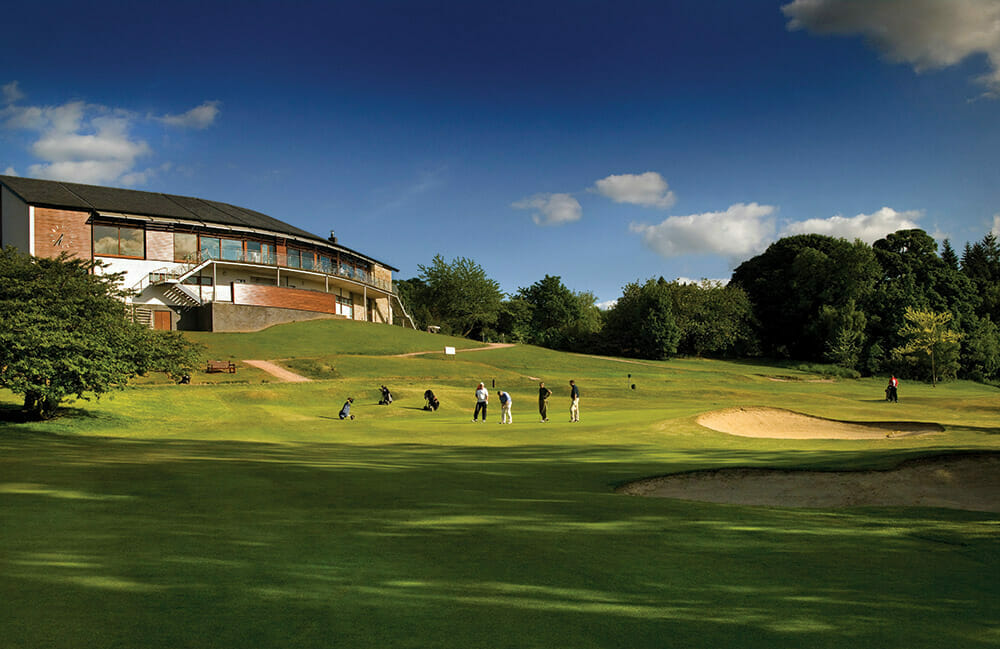 Tee complexes are also being redeveloped – with five completed to date – with a view to replacing all tee box complexes over the next five years.

In addition, 2020 saw tarmacking of several course paths and at the practice ground. The woodland management programme continued with clearance of scrub to open up these areas to airflow and aid return of native ground flowers in these areas. A new bridge has also been built on the 14th hole.

“The short game facility is the last piece of the jigsaw to complete Blackwood as the ultimate place to work on your game,” says Paul Gray, Golf Professional at Paul Gray Golf and at Blackwood. “It has a great driving range, a great putting green, the best 18 hole par-3 course in the country and an 18 hole championship course but it had no short game area. Now it has and it has made use of dead land right beside the clubhouse and gives a great customer journey from the shop to the range, to the putting green, to the short game area and then just beyond sits the new first tee. We changed the nines around on the Hamilton to create this amongst other things and it all flows very well now.”

Huge efforts, specifically by club volunteers, have seen old walls long covered up by ivy and scrub being revealed once more. Other walls have been restored. It adds tremendous character and framing to holes on the club’s big, dramatic Dufferin course, and the dynamic Ava course. The work also includes tree clearance projects. Elsewhere, new tee boxes have been added with others returfed. A large extension to the practice and short game area was added last year, allowing for longer shots. 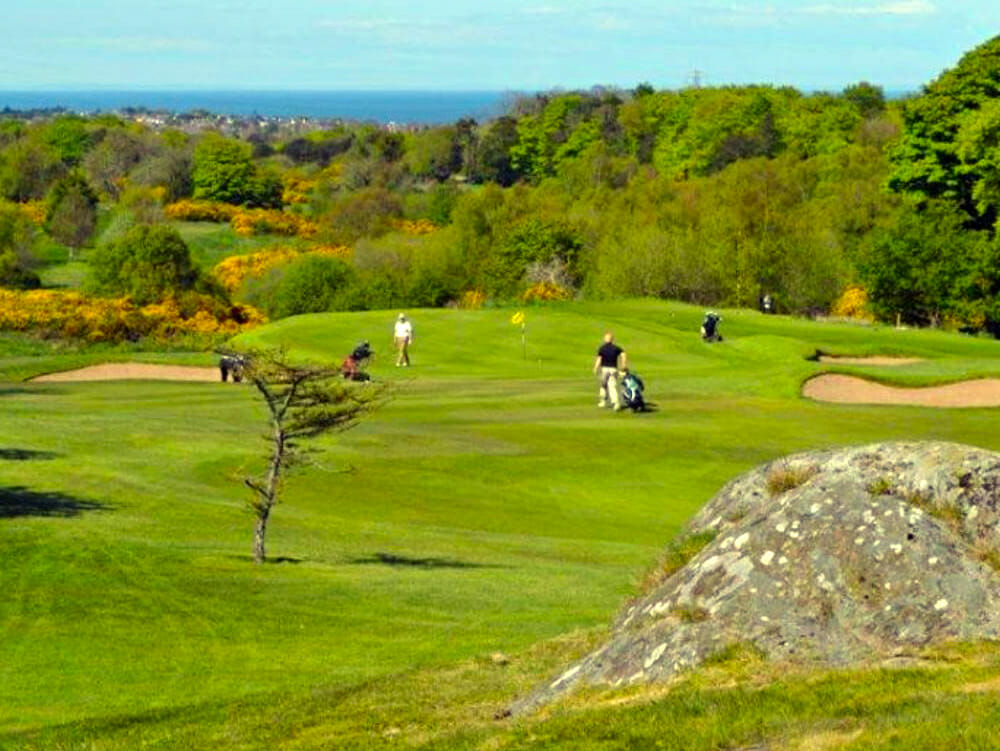 “We very much believe that to stand still is to go backwards. Galgorm Castle has always been a progressive venue and every year we re-invest in our facilities. After such a challenging, yet defining, year in 2020 when we were faced with a global pandemic but also hosted the Dubai Duty Free Irish Open, we have carried out a series of significant course projects over autumn/winter. Further plans and developments will continue over the coming years as Galgorm builds on its reputation as a vibrant members’ club and one of Ireland’s standout tournament venues. 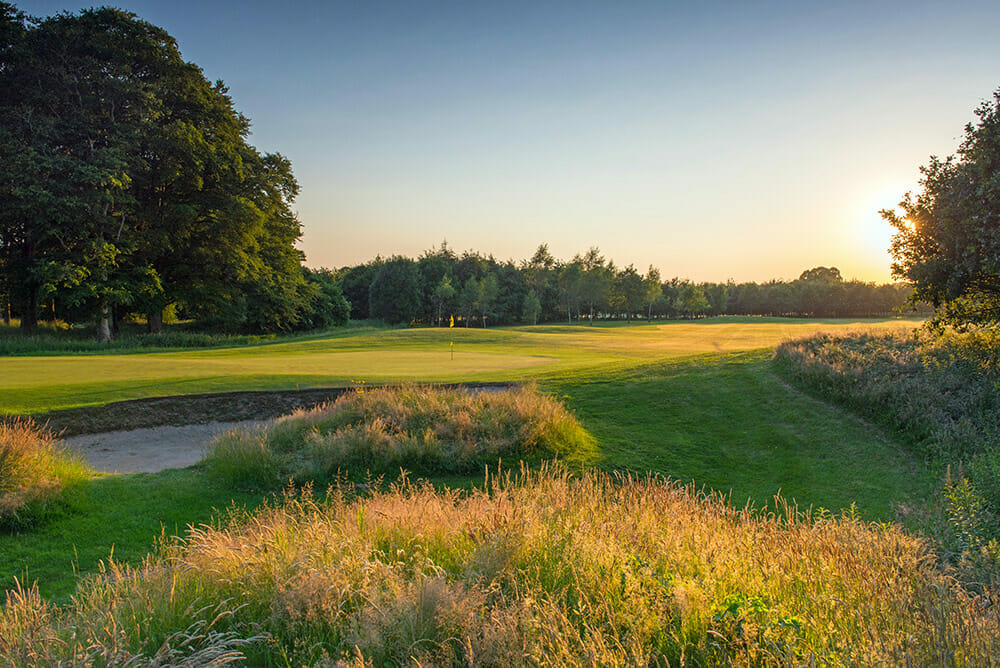 “This year’s signature project at the 18th has completely altered the hole; a new water feature now lurks left of the green, while stadium-like mounding around the green complex has created one of the most exciting finishing holes in Ireland. We have also constructed a new fairway bunker on the left-hand side of the fairway. The revamped 18th hole promises to be a wonderful landscape, not only for tournament golf but for members too.

“In addition to the signature project at the 18th, we introduced new greenside bunkers on holes 4, 6 and 7, plus refurbished the greenside bunker on hole 8 and tee complex on hole 7.

“We have lofty ambitions; to continue to grow our reputation internationally as one of the world’s best golf destinations and to also retain and grow our strong membership. The venue has been building to this point for almost 20 years, and none it would have been possible without continued investment over the last two decades.”

This tight-fairwayed and cavorting links on the east coast has moved from a par 69 to a par 70. The par-4 10th was once one of the most feared holes in the country but with a new tee box 30 yards farther back, it is now a 500-yard par-5. With properties on the left of the hole there was always a risk of balls going too far astray so the fairway has been realigned to create a more pronounced dogleg, an OOB introduced along the left, and a bunker added along the left hand side. There is a steep, sharp ascent to the green and a further bunker has been moved from the right side to the left side. The small green remains as tricky as ever and is more fitting to a par-5.

Agronomy work has thinned the rough to include typical links grasses and a gorse management programme has removed some of the more claustrophobic bushes.

A comprehensive rebunkering programme has taken place at this tidy suburban parkland. A new drain has been introduced which will dramatically influence play on the par-4 9th (tee shot) and par-5 18th (second shot) which return to the clubhouse.

“Over the last 18 months or so we have worked closely with Ken Kearney Design and DAR Golf to complete a full bunker renovation/reconstruction project across all 18 holes of our main/Championship course.

“In addition, we decided to take advantage of the disruption caused by Covid to accelerate our course improvement programme and the Club’s Council agreed to proceed with significant works to create new green complexes on holes 9, 11, 14, 16 and 18, which was largely completed by October 2020. Bunkers on our Ballydrain nine are being completed as we speak. 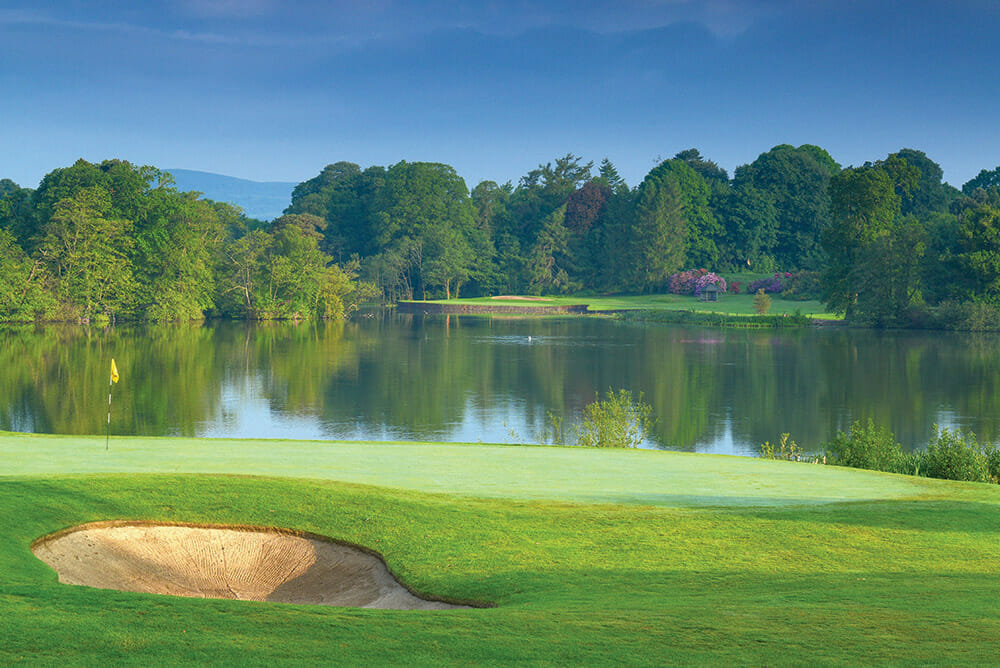 “Although this has caused much disruption and inconvenience to our members, they have been very supportive of the process throughout and this latest period of lockdown has given many of them the opportunity to walk the course as part of their daily exercise and to see the upgrades first hand. Once the ‘new’ aspects of the course have been given time to bed in, we hope to return to normal greenkeeping practices of general course presentation, making sure the overall aesthetics match the time, energy and investment spent in respect of the new green complexes and bunker upgrade works.

“We are also completing a major programme of repair and renovations to our clubhouse building, the oldest part of which dates back to 1835 or so.”

Extensive drainage work took place last year on five holes and two new bunkers were added to the 11th fairway. New tees were also laid on seven holes. This year, plans for this sparkling and infuriatingly unknown course include adding a new medal tee on the 11th (adding 30 yards to the hole) and new bunkers on three further holes. An Indoor Golf simulator for Pro Gareth Shaw is being constructed by Setanta Construction. Some extensive primary and secondary drainage will take place on the 1st hole which may call for a re-design of the 1st green. 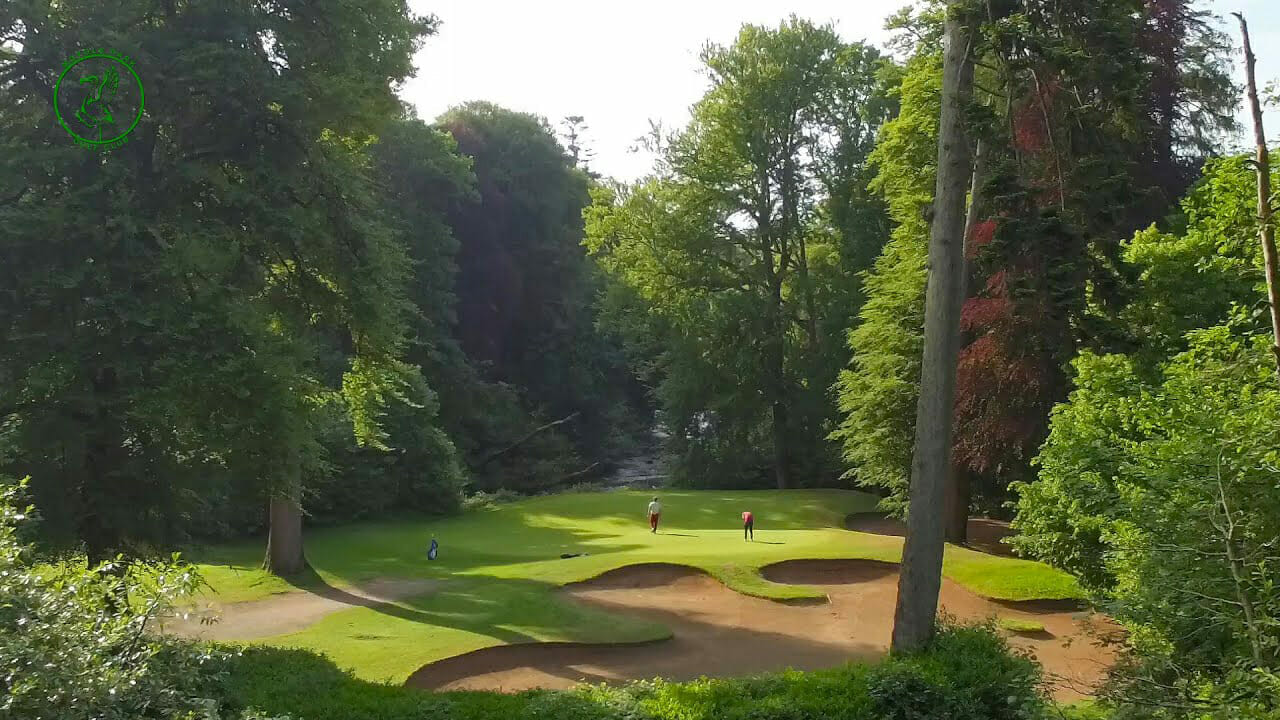 Keane to join the pro-am party at Galgorm 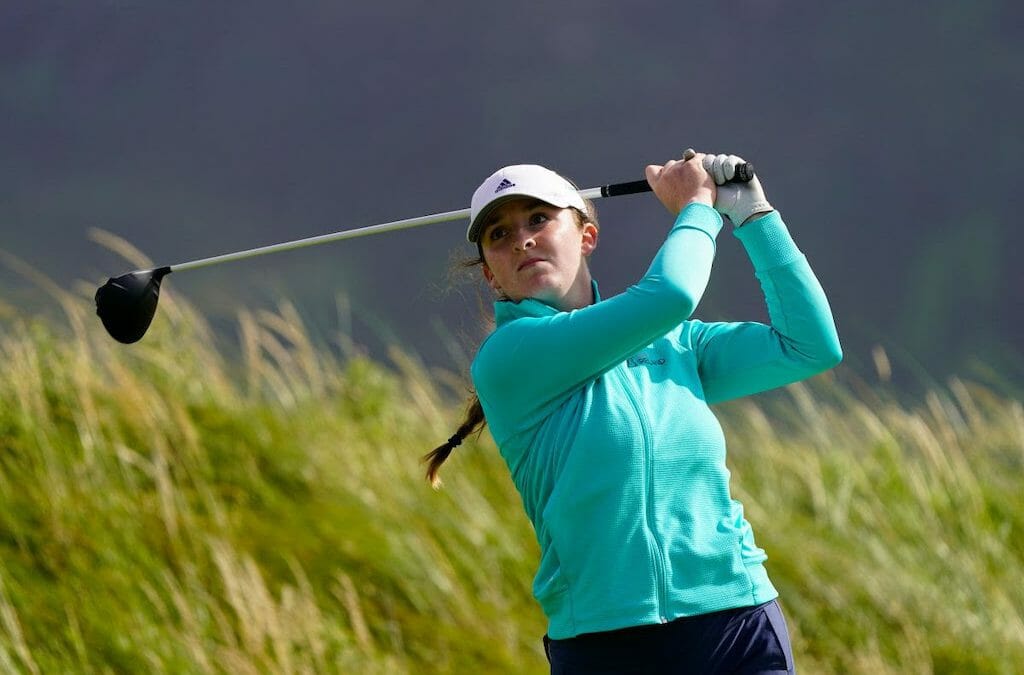