What use are reps if no two shots are the same? 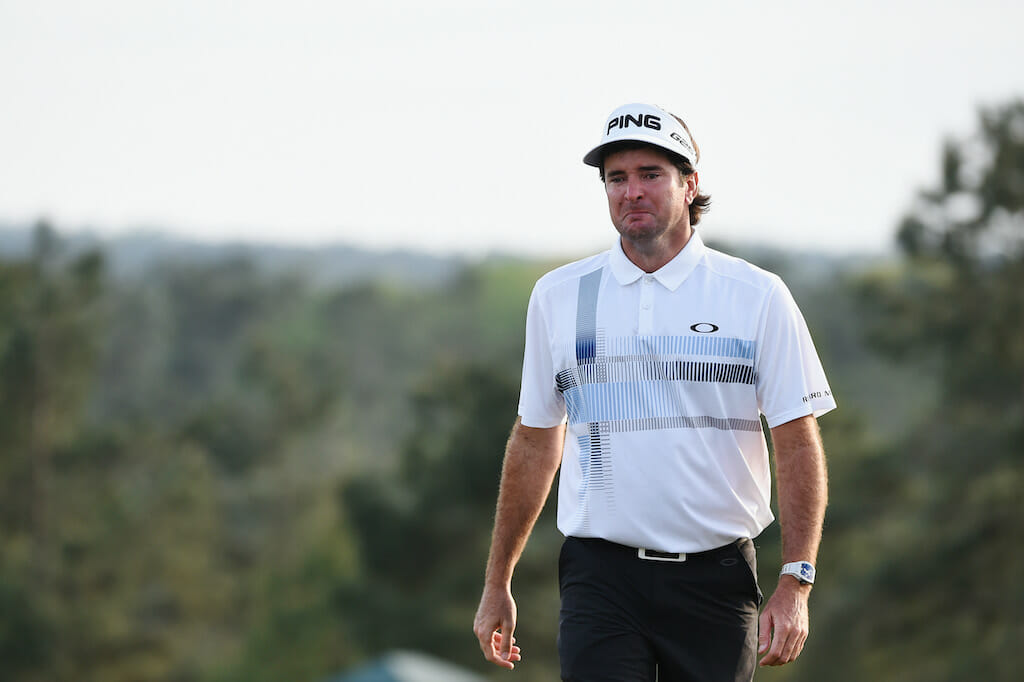 I never thought I’d see the day when a guy turning himself into a corkscrew and wielding a pink driver like a bazooka would win The Masters.

Bubba Watson’s refreshing approach to golf is reminiscent of Seve Ballesteros in his hey day. Seve, too, was a big hitting, feel player who played through his mind’s eye, shaping shots and making things up as he went along.

Bubba’s approach is the complete opposite to the mechanical and coach dependent attitude prevalent today. Perhaps, the reason for Bubba’s success is exactly why Rory (and others) are failing? He has an uncluttered mind. Swing analysis is ‘out’; feeling and visualisation are ‘in.’

At a time when top players will tell you that the curve has been ‘engineered’ out of the ball, Bubba plays with perimeter-weighted PING clubs that are designed specifically to take spin and ‘movement’ off the ball but has still found his own way of shaping shots and making the ball obey.

Moving the ball around may not be easy for ordinary mortals but Bubba has the extra skill and creativity to do it. It makes him a unique standout in the modern game. There is nobody else like him. He eschews alignment. He over-swings. He moves his head. He sways. He twists and turns his body and sometimes he jumps off the ground when applying a ‘big hit.’

He has never had a swing coach or a formal lesson. He admits that he doesn’t know what he is doing or how he does it. Bubba does his own thing and listens to nobody. That’s where Seve went wrong. He listened to too many people. On the instruction of the eccentric Mac O’Grady, Seve famously buried his swing (photographs of it, that is) on the beach at Pedrena. He should have left well enough alone.

Bubba is a rare golfing artist and I hope he always remains that way, ignoring the mechanics and incontrovertible laws of aerodynamics that determine ball flight and stays a classic example of the golf ball not knowing who, or what, hit it. He merely senses what he wants his body to do to get the clubface where it needs to be.

Could Bubba be showing us that the so-called fundamentals are over-rated and may not be the be all and end all after all? Has Bubba latched onto what so many good players ignore? Golf is a game. You play games. Maybe if more of us ‘played’ golf instead of working at it, we’d not only be better, but we would have more fun too? Apart from warming up, Bubba rarely beats balls on the range. He isn’t into swing drills and what Tiger likes to call ‘reps.’ What’s the use of reps if no two golf shots are ever the same?