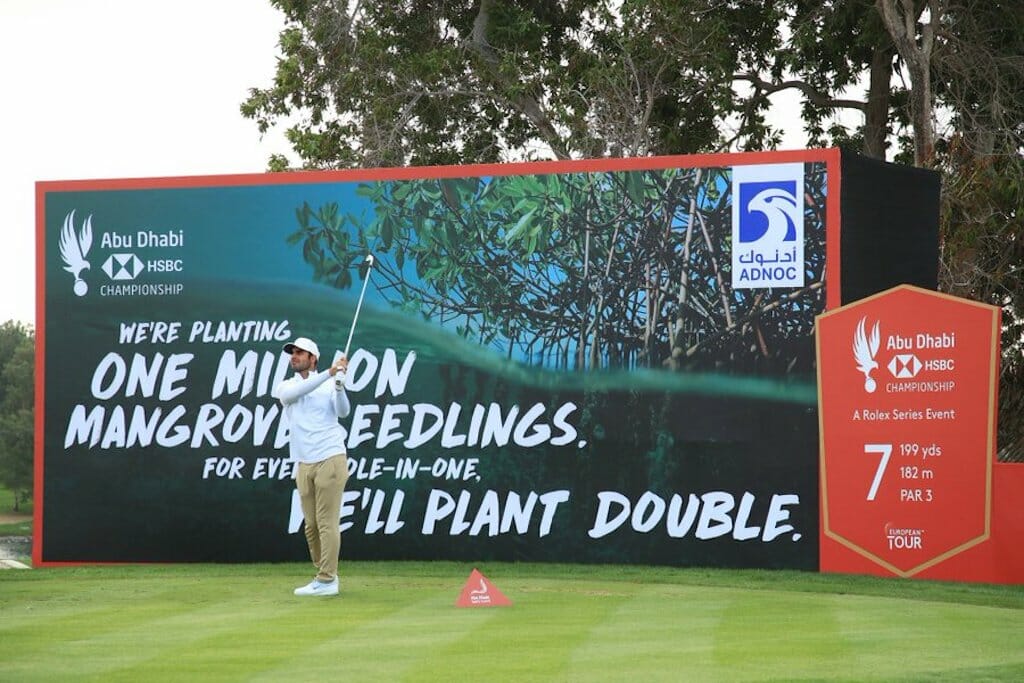 One Million Seedlings for Ace at Abu Dhabi HSBC

Fans of professional golf are so used to seeing either a gleaming new car, flash jewellery, expensive watches or cash bundles on offer for a hole-in-one during competition. At the par-3 seventh on the National course in Abu Dhabi, there is not a prize but a ‘promise’ on offer, the like that has never before been offered in major tournament golf.

When I first travelled to Abu Dhabi for the inaugural 2006 Abu Dhabi HSBC Championship, the prize, usually at the par-3 16th, was a few nights, all expenses paid accommodation at the stunning seven-star Emirates Palace. Over the ensuing years it would be the prize of a gleaming BMW sedan.

This year, organisers have come-up with something rather unique that should be drawing more media attention than just a small on-air TV remark after two rounds in the $US8m event. It is not as unique as a full funeral service, the prize for a hole-in-one for an ace in a PGA of Australia event on the south coast of New South Wales that was being promoted by South Coast Funeral, who even placed a coffin on the tee!

However, the ‘promised’ prize is unique enough, with the Abu Dhabi National Oil Company (ADNOC) to plant two million mangrove seedlings in the Al Dhafra region of Abu Dhabi by the end of 2022. ADNOC is already promising to plant one million seedlings but has agreed to double that number for not just one hole-in-one but every ace at the par-3 seventh over the four rounds. The winner, of course, is not the player but the environment and well down ADNOC.

Other not so normal ‘Hole-in-One’ prizes include:-

England’s Andy Sullivan winning a trip to space after a hole-in-one during the final round of the 2014 KLM Open in Zandvoort, Netherlands. XCOR Space Expeditions awarded the $100,000 valued seat on a 30-foot long, two-seat piloted Lyn Mark 1 spacecraft that will travel 100 km (330,00 feet) above the earth’s surface and then return to the same take-off runway.

At the 2013 Volvo Champions event at Durban in South Africa, there was the prize of either a Volvo V40 Series sedan, a Volvo Compact Excavator or a Volvo FH Series truck for hole-in-ones on the Durban Golf Club course. 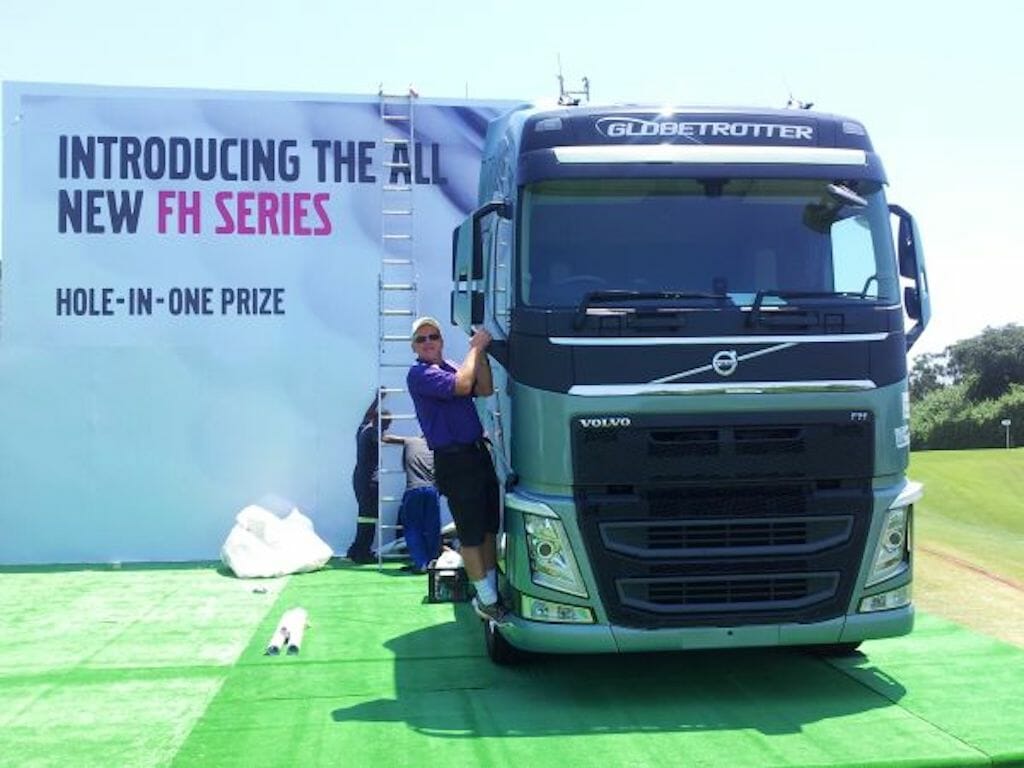 While at the 2014 Portugal Masters, Rioja-loving Spaniard Miguel Angel Jimenez won himself 100 bottles of champagne for an ace at the eighth hole on the final day of the Victoria course at Vilamoura.