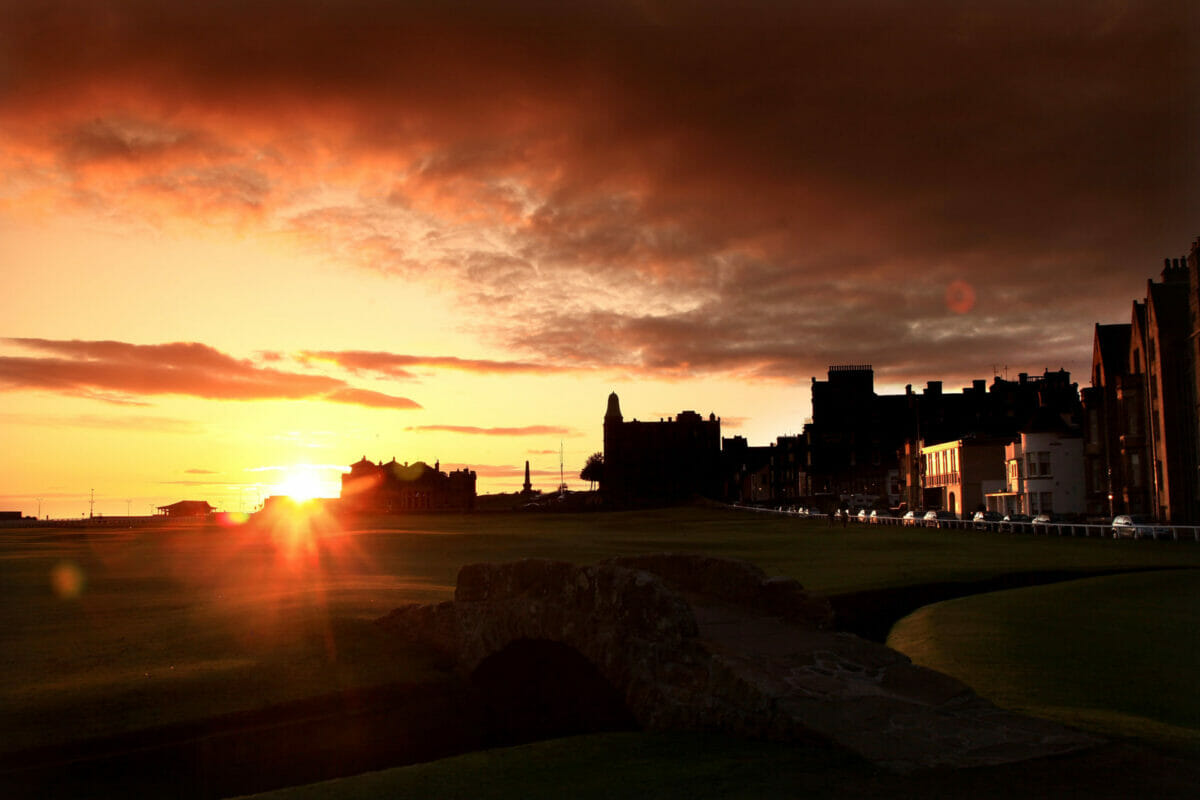 The sun rises behind the R&A Clubhouse on the par 4, 18th hole 'Tom Morris' on the Old Course at St Andrews (Photo by David Cannon/Getty Images)

The R&A has announced a revised schedule for its amateur championships and international matches in 2021.

The R&A Men’s Home Internationals, being staged by the St Andrews-based governing body for the first time, will be played from 14-16 April at Royal Dornoch to assist with Great Britain and Ireland’s preparations for the Walker Cup match against the United States of America in May.

A consolidated series of home international matches for boys and girls, women, senior men and women will take place at one venue for the first time with Woodhall Spa hosting the matches from 4-6 August.

The senior amateur championships for men and women will now take place at Ganton from 6-9 July and Ashridge from 7-9 July, respectively.

The rearranged Curtis Cup match between Great Britain and Ireland and the United States of America is scheduled to take place at Conwy from 26-28 August.

The Women’s Amateur Latin America presented by The R&A and the ANNIKA Foundation will be played for the first time in November when the top women’s amateur golfers in the region compete at Pilar Golf in Argentina.

Phil Anderton, Chief Development Officer at The R&A, said, “We have considered a range of factors in revising our schedule of amateur championships and international matches and are grateful to all of the venues for their support and understanding to allow us to make these changes.

“We are hopeful that we will be able to stage these events as planned but we recognise that the situation with the COVID-19 pandemic still remains uncertain and will adapt our plans in line with the guidance provided by governments and our medical advisers.”