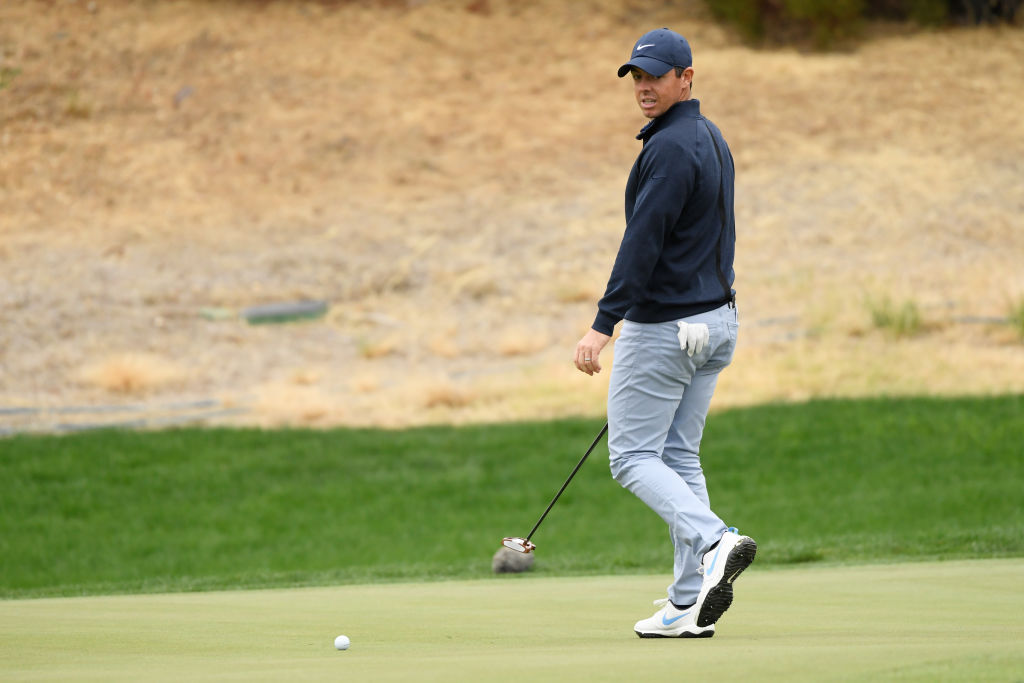 Rory McIlroy lines up a putt on the 13th green during the second round of the Zozo Championship @ Sherwood in Thousand Oaks, California. (Photo by Harry How/Getty Images)

It was another rollercoaster day for Rory McIlroy at the ZoZo Championship as he recorded eight birdies and three bogeys in his second round 67 for a five-under par total to sit in T57 place heading to the weekend.

This followed his first round which contained seven birdies, four bogeys and two doubles (+1) which, when you consider that tournament leader Justin Thomas has had fewer birdies but also fewer bogeys than McIlroy, highlights that it’s mistakes rather than any lack of brilliance that’s costing the Holywood native.

“So I’ve made 15 birdies in the first two days, which usually would put you right up at the top of the leaderboard. I just made too many mistakes,” McIlroy said. “It was the same story last week, sort of the same story at Winged Foot. Just one of those stretches where the good stuff’s there, but the bad stuff is sort of taking away from the fact that I’m hitting good shots and making birdies.”

Thomas is looking odds on to finish better than his T17 at this event last year and leads the field by one (on -14) after matching his opening round of 65 on day two while the World #3 was one of just 18 players to record a bogey-free second round.

He wasn’t best pleased with his finish though as he closed with six consecutive pars, on a day when birdies were there for the taking; “I played well. I’m not very pleased with the finish,” said Thomas. “The last six holes, I would have liked to at least have got something. Having a 5-iron and a 5-wood out of the fairway into two par 5s and making two pars is not good. I just wasn’t near as tight and tidy those last four holes.”

Dylan Fratelli is hot on his heels at -13 and he sits alongside Lanto Griffin with Patrick Cantlay and Scottie Scheffler one shot further back.