No luck for Lowry and McIlroy on day one in Vegas 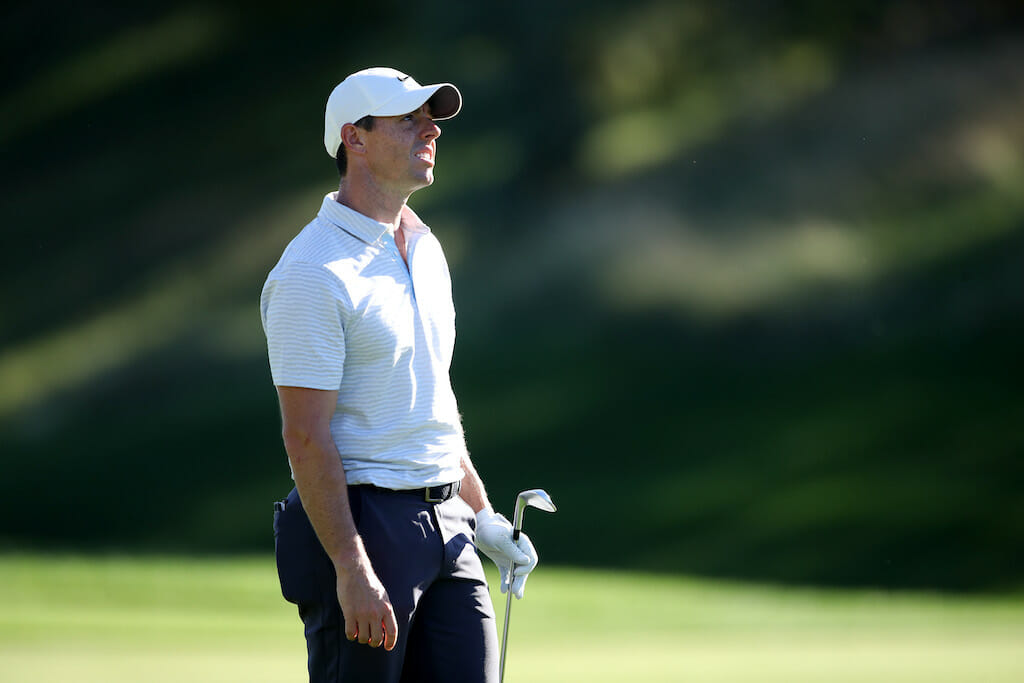 Neither Shane Lowry nor Rory McIlroy enjoyed any forward momentum after frustrating opening days for the Irish pair at the CJ Cup at Shadow Creek.

Lowry arrived in Las Vegas hoping to build on the progress he enjoyed on the putting greens around Wentworth last week after he tied for 13th at Tour HQ.

And he began his round in the ideal manner, stroking in an opening birdie at the 10th in a hopeful sign of things to come. Unfortunately, it was a case of one step forward and one back for much of the day for the Open Champion with Lowry carding an encouraging five birdies, but also three bogeys before a double at his 18th, the ninth, after finding trouble in a fairway bunker, a stumble that would’ve left a bitter taste in his mouth at dinner.

Lowry’s even par 72 ties 32nd overnight, seven adrift of in-form Tyrrell Hatton’s lead but one ahead of McIlroy who’ll be hoping his luck turns in Las Vegas on Friday.

Like Lowry, McIlroy had got it to two-under par with only a few holes to play but bogeyed his last three on the spin, a streak that began with him missing a 3-foot par putt, before signing for a one-over par 73 that leaves him with work to do to reel in the on-song Englishman.

Hatton felt grumpy from not getting much sleep, so no surprise then that he felt he was in a dream when he was five under through the opening five holes in the desert.

The reality of Thursday was that even coming off an emotional win at Wentworth and a long trip from London across eight time zones, Hatton hasn’t lost his touch. He tied the course record of seven-under 65 (it’s the first PGA Tour event at the club) for a one-shot lead.

“Still struggling a little bit with jet lag. As you can tell by my voice, picked up a little bit of a sore throat on the way over. Today was a long day. Very happy with my score, and I just need to try and get back to the hotel, have a good rest and hopefully sleep better than I did last night. “And fingers crossed for another good day.”

“I was grumpy out there. I was quite agitated,” he added. “Even though I had a really good score going, I was just on edge. That’s generally quite a hard thing for me to manage. I wasn’t happy with how I managed myself after some poor shots, but I think this is easy. Everyone loses their cool when they’re tired and haven’t slept enough.”

Xander Schauffele birdied the par-5 18th for a 66 and was one shot behind, along with Russell Henley. Jon Rahm and Tyler Duncan were another shot behind.

Brooks Koepka, in his first tournament since taking two months off to heal an ailing left hip, showed plenty of signs of rust. He closed with a short iron into the water on the par-5 18th for a bogey and a 74.