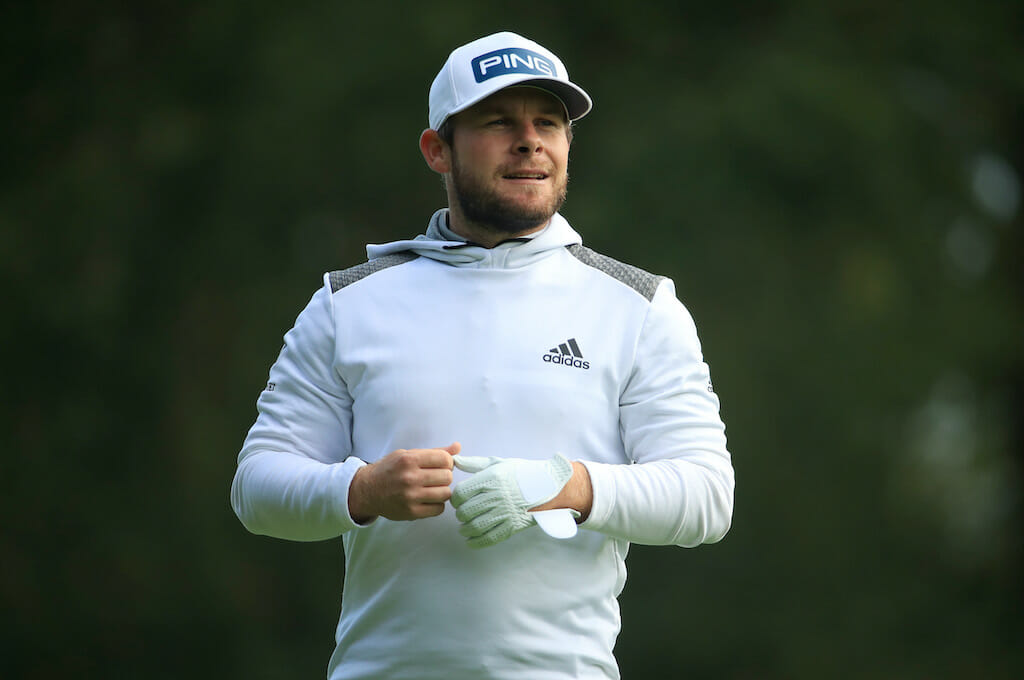 Tyrrell Hatton moved into pole position to claim a third Rolex Series title at the BMW PGA Championship as the Englishman burst clear of a star-studded pack courtesy of a four-under par 68 on day three at Wentworth Club.

The 28-year old, who turns 29 next Wednesday, had entered the weekend one shot off the pace set by Matthew Fitzpatrick and Shane Lowry but the halfway leaders both struggled to make any ground over the West Course and Hatton capitalised.

The four-time European Tour winner’s eagle three at the 12th hole was crucial as he built a three-stroke advantage on 14-under par heading into the final day of the third Rolex Series event of the 2020 Race to Dubai.

“It wasn’t easy out there and it was nice to finish with a birdie and shoot another round in the 60s and overall pretty happy with how I played,” said Hatton.

“I’m obviously very happy to be in the position I’m in. You can’t win the tournament today. There’s a lot of golf still to be played tomorrow, so I’ve just got to go out there tomorrow and try my best.

“I’ve been in this position before and gone on to win tournaments. I’ve been in this position before and not won the tournament. It’s so hard to win tournaments in golf. When it’s your week, obviously everything falls into place. I’ve really enjoyed the week so far and I’m just hoping that I can kind of have a good day tomorrow and that’s all I can — I can only control myself and that’s what I’ve got to do.”

The 2018 Ryder Cup player has already won on the other side of the Atlantic this year and could move into the top ten in the Official World Golf Ranking for the first time in his career with a home victory.

“This would be really special,” he added. “It’s kind of a career goal for me to win this event. Being here as a five-year-old and now being inside the ropes is pretty cool. Hopefully I can do that tomorrow.

“Today felt like a slow day at times. That’s one of the things about Wentworth. You know you’re going to have opportunities towards the end of the round. You’ve just got to try and stay patient, which is obviously normally a struggle for me. I feel like I’ve done that pretty well so far this week, and tomorrow is going to be no different. Just got to stay patient and see how we get on.”

Joachim B. Hansen of Denmark and Frenchman Victor Perez were the closest contenders on 11 under, both having carded third round 70s at the prestigious Surrey venue, while David Horsey, Tommy Fleetwood, Shane Lowry and Patrick Reed were all four shots off the pace on 10 under.

English duo Eddie Pepperell and Ian Poulter shared eighth place on nine under par, while their countryman Jordan Smith recorded the second hole-in-one of the week – holing out with a nine iron on the second hole to add to David Howell’s ace at the 14th in round two.