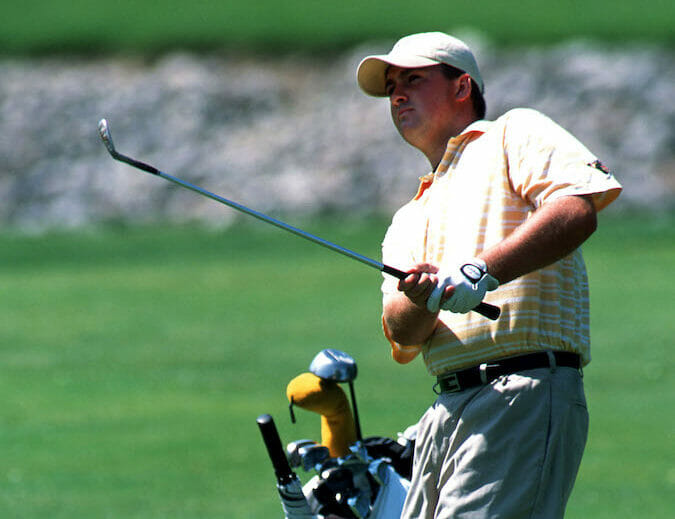 01 JUNE 2002: Graeme McDowell of the University of Alabama-Birmingham hits an approach shot during the Division I Men's Golf Championship held at the Scarlet Course on the Ohio State University campus in Columbus, OH. Jamie Schwaberow/NCAA Photos via Getty Images

The University of Alabama (UAB) men’s golf team erased a three shot deficit entering the final round to win the 2020 edition of the Graeme McDowell Invitational by five strokes in hosting the event on the Founders course at the Greystones Country Club in Birmingham.

This is the first time in UAB’s storied history that the Blazers have won three consecutive tournaments. This was UAB’s third and final tournament of the fall and they finished with an unblemished record of 29-0-0.

UAB (285-284-284) shot four under par collectively on Wednesday to finish at -11 for the tournament. The Blazers entered the final round trialing Georgia Southern by three strokes, but used solid play down the stretch to defeat the Eagles (-6) by five strokes.

“I am so proud of how our players competed this week and throughout the entire fall season,” said head coach Mike Wlson. 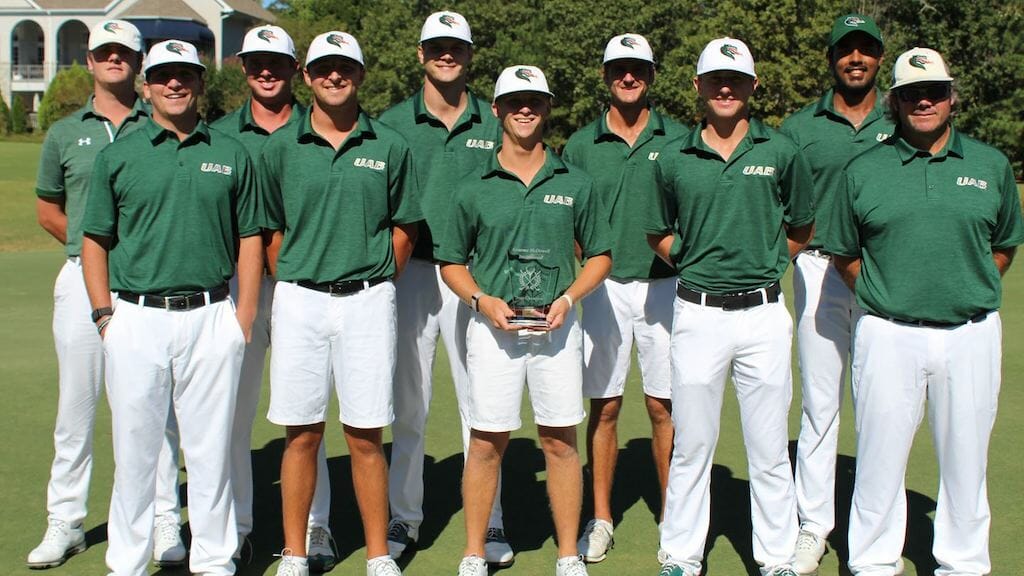 “To be the first team to win three straight tournaments at a program with history as rich as UAB goes to show how hungry and determined this team is to be great.”

The Blazers were led by senior William Walker 111 and junior Nick Robillard who each tied for third overall at -4. Walker III (69-71-72) was at or below par in all three rounds, while Robillard (75-71-66) stepped up huge in the final round with a collegiate-low 66, which catapulted the Birmingham native from 23rd to third place. Robillard played bogey free golf on Wednesday and carded six birdies.

The Blazers are now off until the spring when they travel to the University of South Alabama for the Mobile Sports Authority on Feb. 15-16.