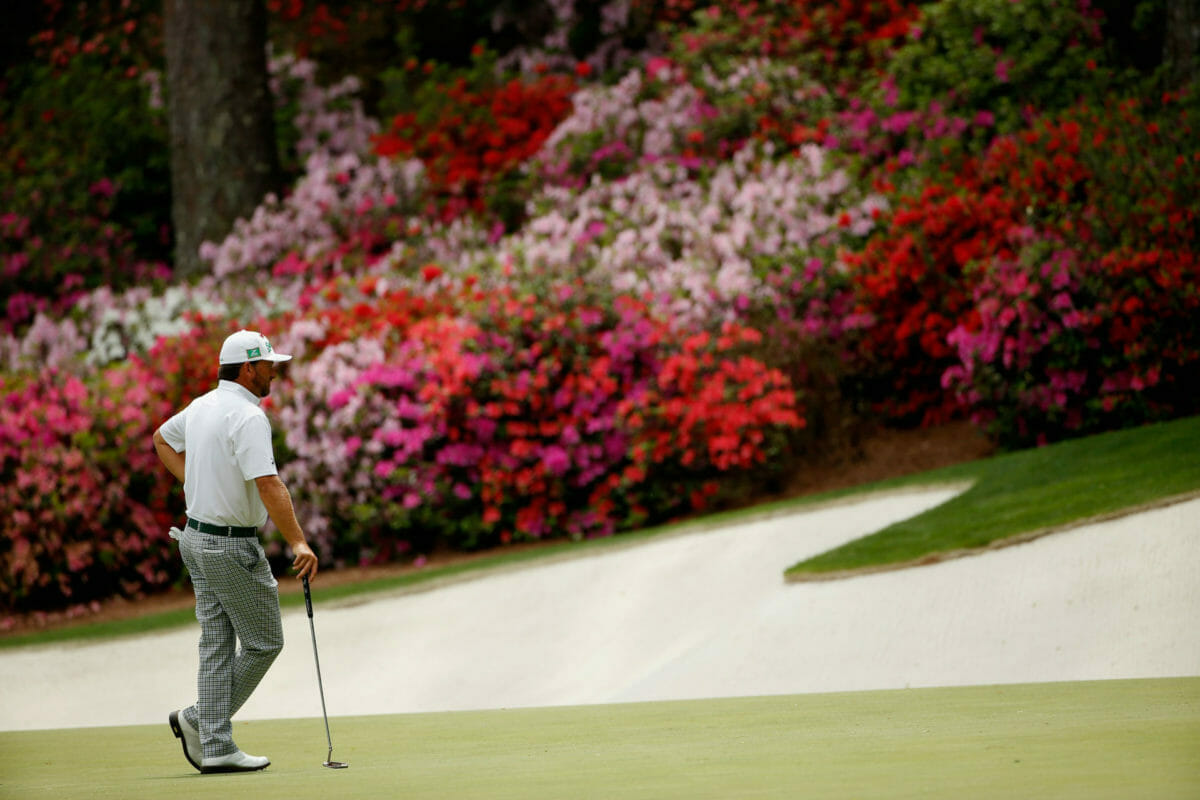 Graeme McDowell waits on the 13th green during the second round of the 2015 Masters Tournament at Augusta National Golf Club on April 10, 2015 in Augusta, Georgia. (Photo by Ezra Shaw/Getty Images)

McDowell missed last week’s U.S. Open cut with scores of 76 and a shock second round 80 ahead of making his way to the Dominican Republic for his defence of this week’s rescheduled $US 4m PGA Tour Corales Puntacana Championship.

DeChambeau’s victory, coming on the back of an impressive but also ‘breaking new barriers’ return to golf post-lockdown, has the golf world already divided on the merits of his ‘Mad Scientist’ golfing ways.

And with the rescheduled Masters now just seven weeks away, the question is, will the Augusta National green jacket members react to DeChambeau’s 350-yard plus drives as they did in ‘Tiger-proofing’ the Georgia golfing gem in 2011?

“Firstly, you have to take your hat off to Bryson DeChambeau and say he certainly has not been a follower,” said McDowell.

“He has cut his own path through the sort of wooded forest of professional golf in trying to work out how to kind of be the best.

“So no, I certainly have no criticism of him at all. I think he’s done a fantastic job. He’s not everyone’s cup of tea perhaps, but like I said, a huge amount of respect for what he’s accomplished and what he’s doing.

“And I hope Augusta does not react and I hope we don’t see Bryson proofing. I saw something on social media the other day which kind of just sort of plotted out his potential round around Augusta. If it was flat calm and conditions were right, what he would hit to every hole looked kind of ridiculous.

“I get more worried when I see holes like 17 at St. Andrews bumped 50 yards back. When you’ve got iconic golf holes, not only St. Andrews, like if Bryson got flat calm at St. Andrews right now, it would be silly what he could do to the golf course. It would be kind of embarrassing unfortunately.”

He posted four other top-10s including a fourth in January earlier this year at the Hawaiian Open and a month later, he kept Dustin Johnson at arm’s reach to capture the Saudi International on the European Tour.

McDowell’s win in Saudi Arabia also got him back inside the top-50 and a place in November’s rescheduled Masters.

“To win here in the Dominican Republic last year was pivotal for me and it really kicked me on into the sort of latter part of last year where I played pretty well,” he said.

“Then to win in Saudi Arabia on the European Tour in the start of the year, I felt like I was continuing to play well and the COVID break derailed me a little bit, but that’s just one of those things.

“It’s derailing a lot of people in a lot of ways all over the world, so I’m certainly not going to sit here and kind of be resentful. I’m disappointed. I just have to work out how to be better.”