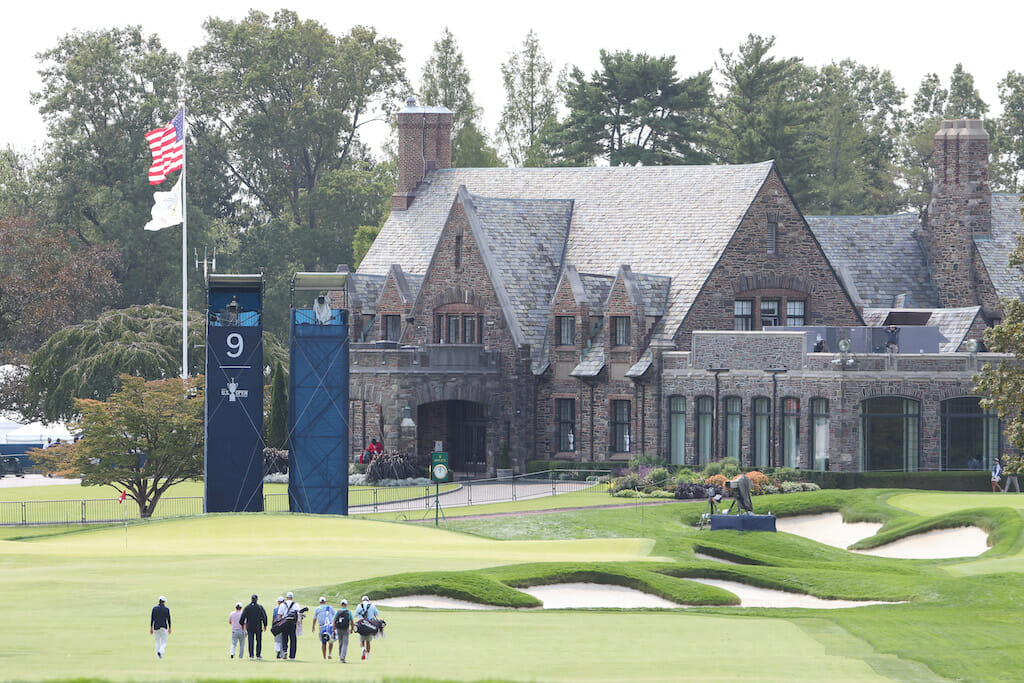 “We will let Winged Foot be Winged Foot. And if you come here next September or if you were here last September, you’ll see Winged Foot just about the same way as will the players this week,” says John Bodenhamer, Senior Managing Director of Championships at the USGA.

If that’s truly the case, then God bless the members of Winged Foot Golf Club. With an eight-over par winning tally widely expected this week, you’d have to wonder how the regular handicap golfer copes in such conditions all year ’round. Then again, that’s often the complaint of the arm-chair pundit watching the stars of the main tours on television. They have it too easy, rarely battered by wind and rain, hardly ever exposed to deep rough and when they do go offline, someone’s on-hand to find their ball immediately.

This week could be very different. Head Superintendent, Steve Rabideau may be dealing with two hours less daylight in September than he would be for a June renewal but a US Open has been absent from Winged Foot for some 14 years now and Rabideau’s team are ready to show the world what it’s been missing. So what can we expect?

“The question leads me back to something I read,” says Bodenhamer. “I spent a lot of time with the club historian here, a wonderful gentleman by the name of Neil Regan, and he shared a quote with me a week or so ago that when asked a similar question back in 1929, before the U.S. Open then, and a member of the media said: Are you going to make Winged Foot tough?

“Are you going to put all the tees on the very backs of the tees and tuck all the hole locations in the nooks and crannies of the putting greens? And Tillinghast [designer] just turned and said:

“We’re not going to outfit Miss Winged Foot in any different way than she otherwise would be. No fancy clothes, no special jewellery, just a simple calico dress, and no furbelows — that’s right, furbelows, I love that word — and just wash her face up for the party, and she’ll be good enough.

“And that really is what has inspired us to think of Winged Foot being Winged Foot.”

That’s all well in good, but what does that mean for course strategy? Bryson DeChambeau believe a short iron from the rough trumps a long iron from the fairway; Rory McIlroy believes there’s no substitute for being on the short stuff this week, particularly given the undulating greens that surely demand total control of the golf ball to get it anywhere close. Will pin placements be kind to give players a chance this week or is it more a case of survival until a rare birdie chance knocks on the door?

“In letting Winged Foot be Winged Foot, Winged Foot is narrow,” Bodenhamer added. “And our U.S. Open DNA is about placing a premium on accuracy off the teeing area. We think that’s important. We think that premium by driving a player to drive his ball into the fairway and hit his approach shot from the fairway onto these magnificent putting green complexes and keeping the ball below the hole is key.

“So it’s really not about what the rough entails, it’s about getting the ball in the fairway. And I think we have tried to present this in a way where that narrowness is there, but we have also — we’re using rough heights three to five inches. As we’ve said all along, that’s been our plan. We’re right there. That the more off line you are, the more penalty you’re going to face.

“But that’s just kind of where we are, and I think we have set it up in a good way with width in various rough heights that will present a good test.”