Punter set to win $3.375m if Mickelson wins US Open 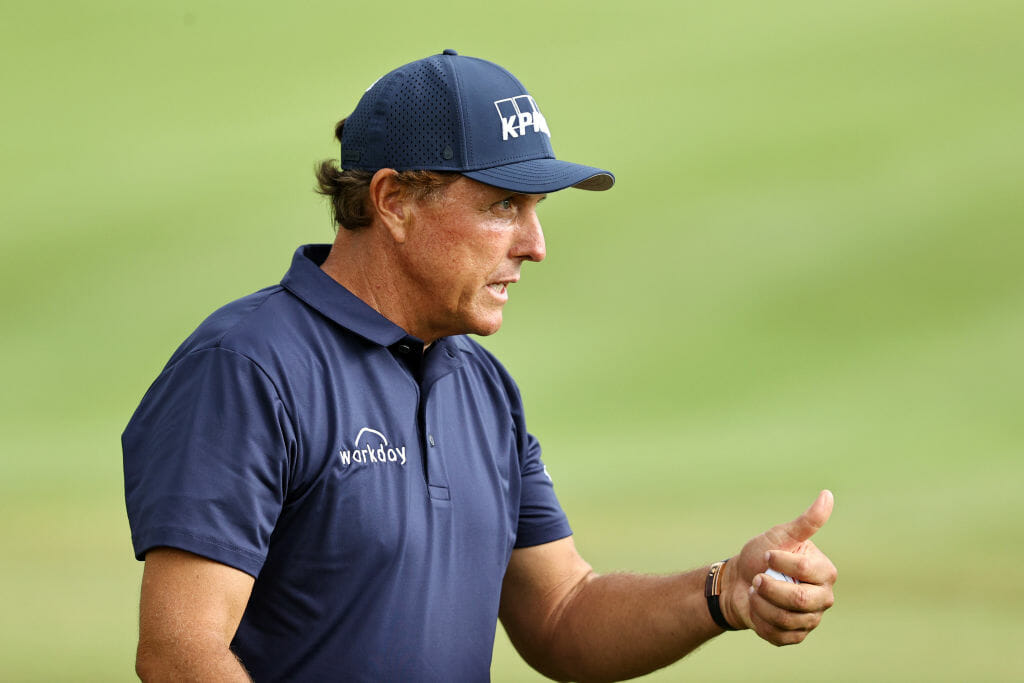 Some lucky punter is set to earn $3,375,000 should Phil Mickelson capture next week’s U.S. Open at Winged Foot.

The Nevada punter waged $45,000 at odds of 75/1 (+7500) at one of William Hill’s Southern Nevada Sports Books on ‘Lefty’ to claim what would be a first U.S. Open title and the only major the now 50-year old Mickelson needs to join golf’s ultra-exclusive ‘Grand Slam Club’.

The wager represents the second largest liability for an individual golf wager in William Hill US history.

“When I got the call he was at the window, I almost fell out of my chair,” said Nick Bogdanovich, the director of trading for William Hill US, told Golf Digest US on Thursday.

Bogdanovich said that with such a huge exposure—”This is a once-a-year stuff”—the potential bet was discussed among William Hill management before it was accepted. The person who made the bet, he said, is well known to the book.

“Obviously, this guy has a gut feeling,” Bogdonavich said, “and he has enough guts to back up his conviction. I tip my hat to him for that.”

Mickelson has contested 28 U.S. Open’s since his debut as an amateur in 1990 and has been runner-up on no fewer than six occasions, and the last to Justin Rose in 2013.

In recent years, Mickelson was tied 48th in 2018 and finished tied 52nd a year ago. Unsurprisingly, the man know for hitting bombs and pumping calves is eager for the bet to succeed: