Thomas named PGA of America Player of the Year 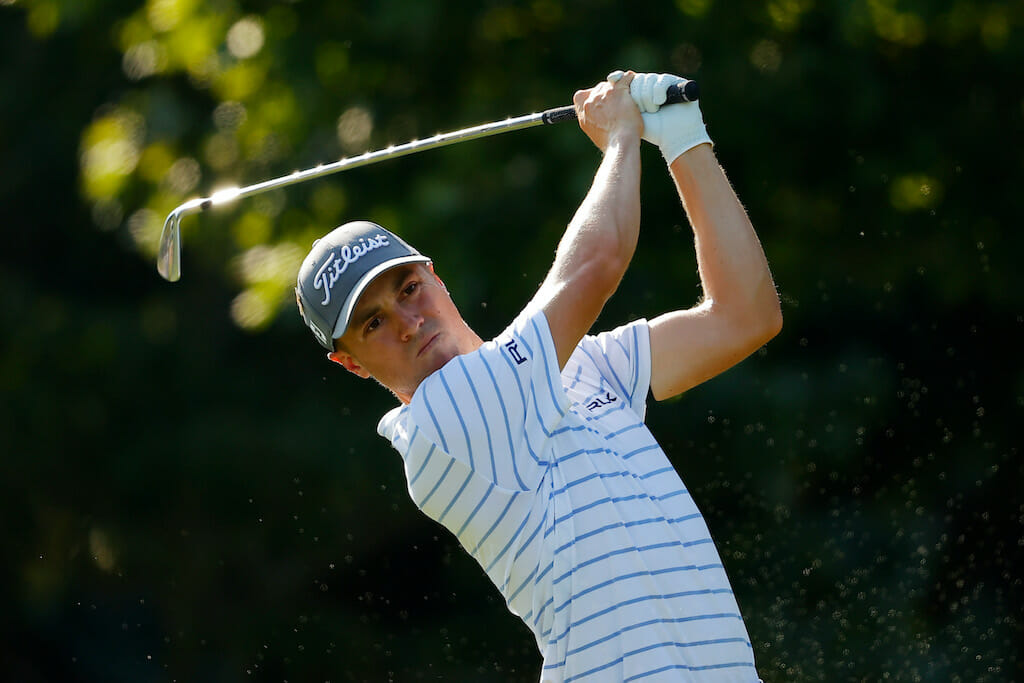 Justin Thomas edged Jon Rahm to capture his second PGA of America Player of the Year Award, presented by the PGA of America for excellence by a PGA Tour professional.

Thomas, who won three season events, earned his second career PGA Player of the Year honour and first since 2017.

Rahm finished with 56 points for his highest-ever PGA Player of the Year performance, while PGA Champion Collin Morikawa (54) was third and Webb Simpson (52) fourth, while collecting his first Vardon Trophy.

Thomas won the season money title (20 points) based upon events prior to the 30-player FedEx Cup finale, and he finished third in the Vardon Trophy race for 16 points.

Schauffele posted a 265 total for 72 holes in the Tour Championship, earning 10 points under PGA of America rules that reward the low scorer to determine the PGA Player of the Year.

Since 1948, the PGA of America has honoured the game’s best players with the PGA Player of the Year Award. It is presented to the top Tour professional based on a point system for tournament wins, official money standings, and scoring averages. Points for the 2019-20 season began with the A Military Tribute at the Greenbrier on Sept. 12, 2019, and concluded Monday, Sept. 7, at the Tour Championship.

With the COVID-19 pandemic affecting the Tour schedule, there was only one major championship — the PGA Championship — played within the regular season points system.

Since 1937, the Vardon Trophy, named by the PGA of America in honour of legendary British golfer Harry Vardon, has been presented annually to the touring professional with the lowest adjusted scoring average. With 11 PGA Tour events canceled due to the pandemic, the Vardon Trophy required a minimum of 44 rounds, with no incomplete rounds, in events co-sponsored or designated by the PGA Tour. The adjusted score was computed from the average score of the field at each event.

The PGA Tour also recognises its annual Player of the Year, with the winner announced in September, determined by a vote of the membership.