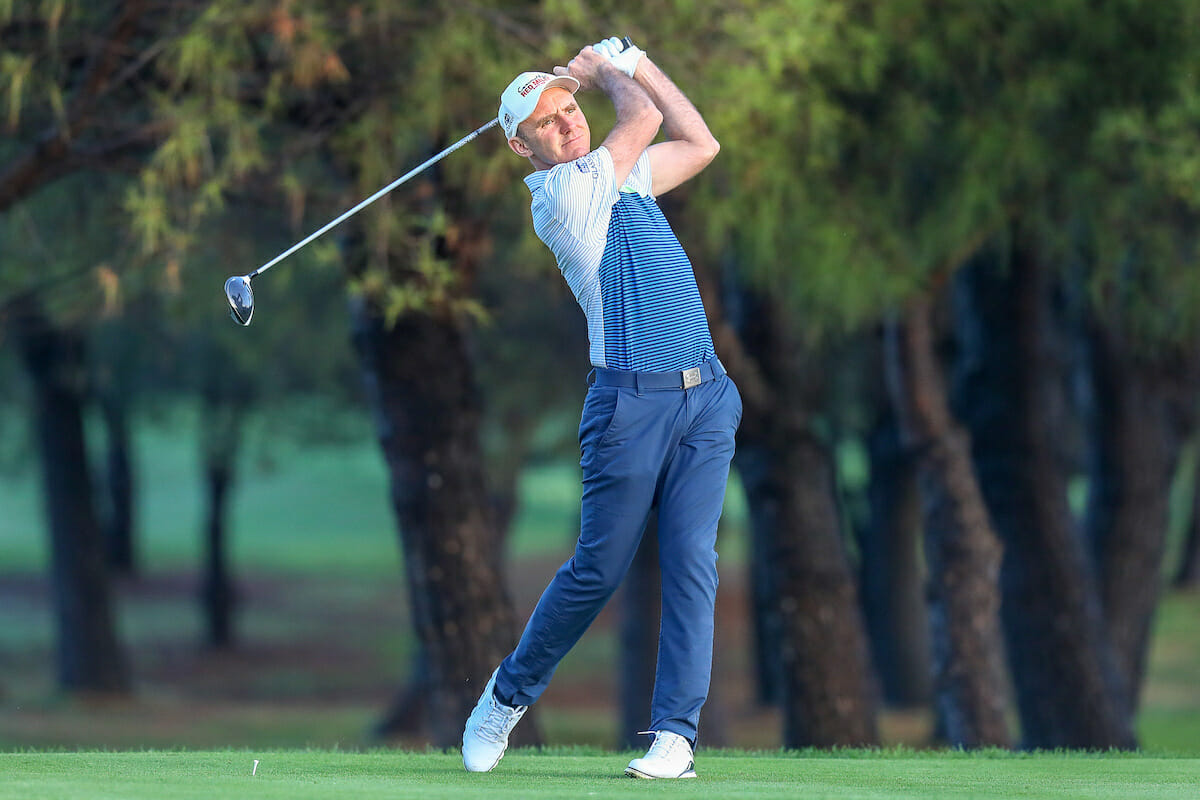 Colm Moriarty tuned up for today’s starting 110th staging of the Irish PGA Championship in grand fashion by cruising to a five-shot win in Monday’s Pro-am at Roganstown.

The Glasson professional, who goes into round one of three today at the Swords venue as one of the pre-tournament favourites, showed just why he’s so well-regarded when firing a seven-under par 64 to leave the field in his wake on Monday.

Moriarty has never etched his name on the famous Irish PGA trophy but will have confidence brimming as he looks to dethrone defending Champion, Damien McGrane who captured the title last year at Bunclody.

Only six players managed to break par in ideal conditions on Monday which indicates a tough test this week in Dublin, with the chasing pack headed by a quartet at two-under – Richard O’Donovan, Simon Thornton, Michael McGeady and David Barry.

Tulfarris pro Thornton took out the team prize by three points when he and his amateur partners returned a winning score of 88.

Glenlo Abbey’s Gary Madden was the only other player to break par at minus-one while Leslie Walker, Glen Robinson and Tim Rice completed those home in parity or better at evens and in a share of 7th.

The Irish PGA Championship proper got underway this morning at 8am and is one of the Association’s oldest tournaments dating back more than a century to 1907. A long list of legendary Irish golfers have been crowned winners, including Harry Bradshaw, Des Smyth and Ryder Cup captains Darren Clarke and Paul McGinley.

“Roganstown was a hugely popular venue for this event back in 2013 and we’re looking forward to working with Ian and his team this time around on hosting another hugely successful event.”