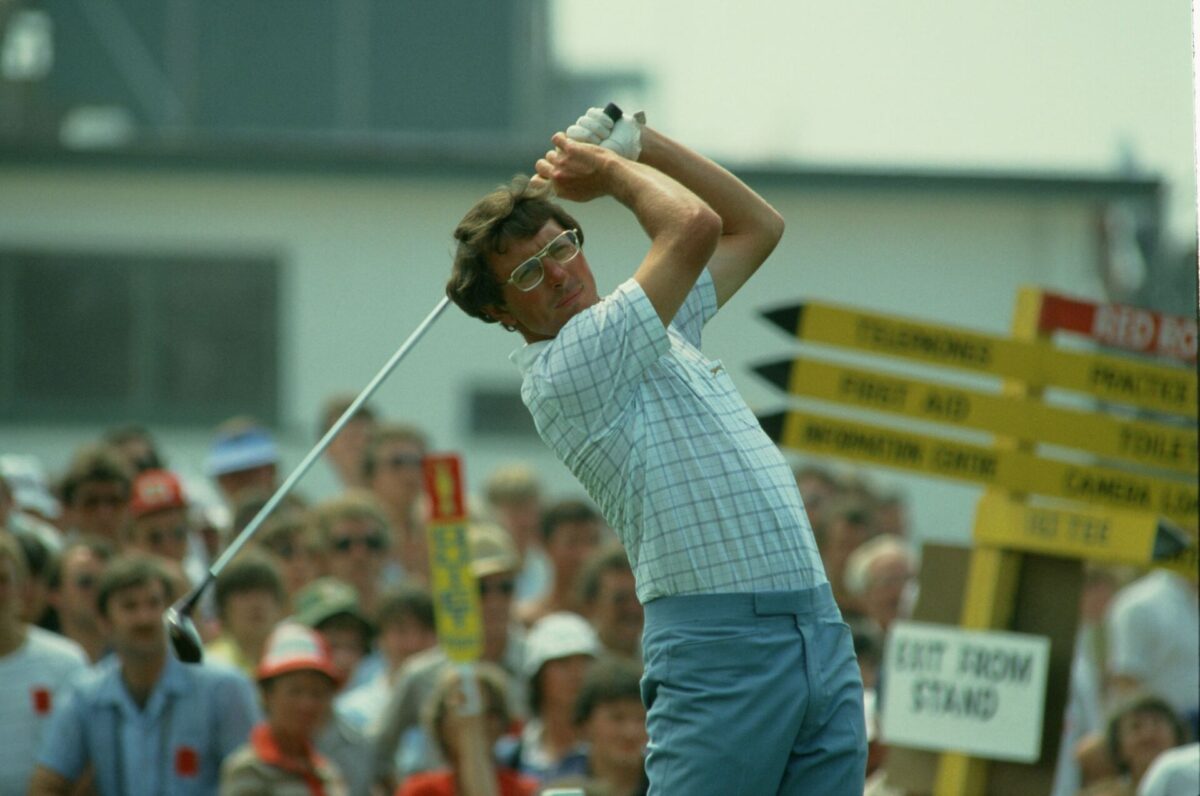 So here’s a highly-subjective selection of some Misses to forget – in the absence of real, live Open golf. We started at number 5 where Adam Scott’s painful finish at Royal Lytham & St Annes gifted the Claret Jug to Ernie Els in 2012. His wait for a Major would finally end at Augusta.

While it was a similar story at Royal St George’s in 2011 as Phil Mickelson and Dustin Johnson left the door Open for our own Darren Clarke to walk through to glory.

We’ll work our way daily to top spot in the hall of shame!

If the Doug Sanders missed putt has stuck in the annals of Open Championship history – as it had – as one of the shortest missed putts to cost a player the Claret Jug, then there was one incident even closer to the hole that was to – indirectly on this occasion – lead to the same disastrous outcome.

Hale Irwin, the man from Missouri was already a two-time, ‘Major’ champion having won his home US Open in 1974 and 1979 and was handily-placed in fifth place going into Saturday’s third round, having improved his position with a commanding front nine taking him to within touching distance of the lead at the turn.

In his prime at the age of 38, Irwin had left his approach putt teetering on the edge of the hole on the 14th green; mindlessly – he’d done it a thousand times before, one-handed, he casually flicked his putter at the ball to nudge it into the cup, but missed, an air shot, a careless bogey, which was to cost him dear in the final reckoning the following day.

Even a sparkling final round of 67 for an aggregate 276 was not enough to level-up with eventual champion Tom Watson who finished a shot to the good, that careless, nonchalant one-inch, one-handed missed putt – an air shot – had cost Irwin a realistic tilt at the Open Championship, a tournament he was destined never to win, although he did go on to win the US Open for a third time in 1990 at the age of 45.