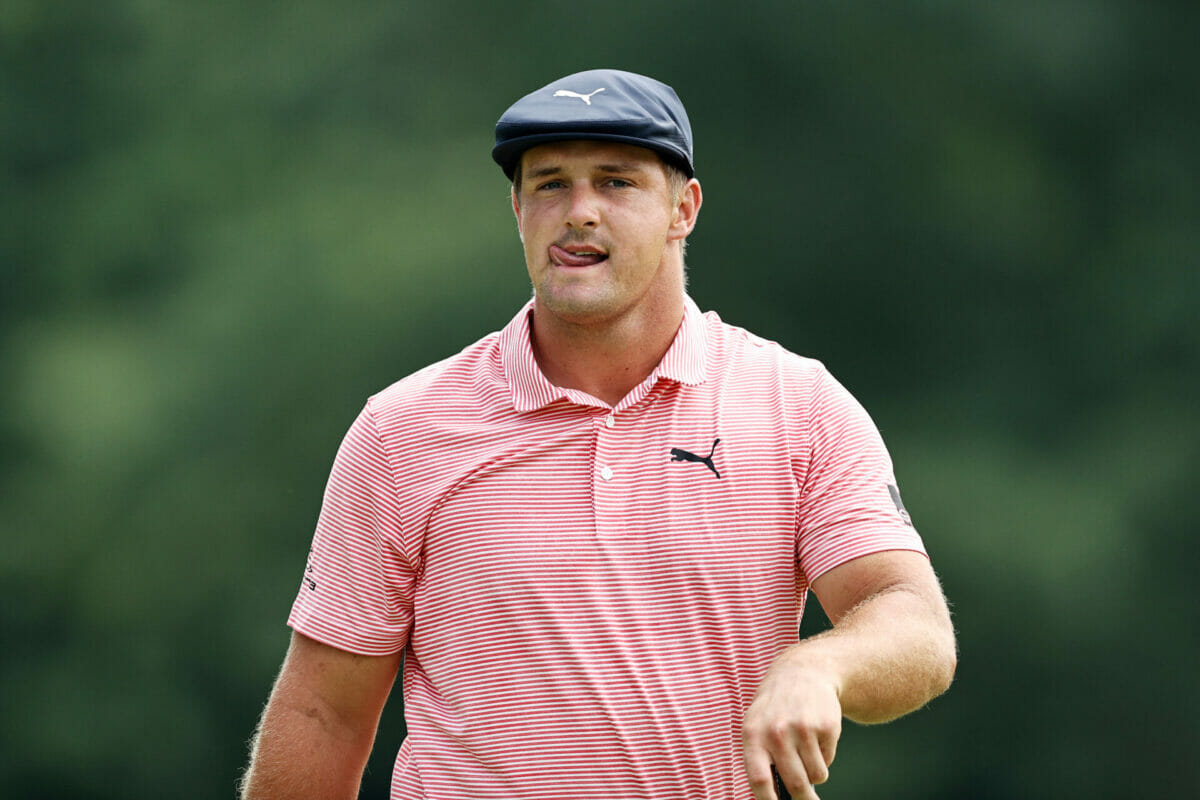 Bryson DeChambeau’s revealed one of the keys to bulking-up during the three-month PGA Tour lockdown.

The new World No. 10 added 40 pounds over the 91-day enforced lay-off thanks to a breakfast of four eggs, five pieces of bacon, toast and two organic protein shakes.

DeChambeau’s looking more like Hulk Hogan in returning to competition and the extra beef has everyone talking.

Also, the 26-year old has everyone impressed by his added distance off the tee to be now in second place on the Tour’s season ‘Long Driving’ stats with an average distance of 320.1 yards off the tee.

At the end of last season, DeChambeau was ranked a lowly 34th in ‘Long Driving’ with an average drive of just 302.5 yards.

He tees-up in this week’s Rocket Mortgage Classic in Detroit having finished T3rd in the Charles Schwab Challenge, T8th a week later in the RBC Heritage and last Sunday DeChambeau muscled his way to a share of sixth in the Travelers Championship.

In his seven PGA Tour events this Coronavirus interrupted season, DeChambeau has only been outside the top-10 just once and that was in his very first event of 2020 in finishing in a share of 52nd in February’s Phoenix Open.

And while his play has been phenomenally consistent, most of the questions to DeChambeau over the three weeks have been about his ‘new look’ and ahead of teeing-up in ‘Motor City’, things were no different.

So, what’s he been eating?

“Well, I’ll start off by saying I don’t necessarily eat anything or everything I want,” he said.

“There is this overlying principle of a two-to-one carb-to-protein ratio, so that is first and foremost. I try and retain that throughout the whole day with everything I eat and drink.

“I would say that in the mornings I usually have four eggs, five pieces of bacon, some toast and two protein shakes, two Orgain protein shakes.

“After that, I’m snacking when I’m practicing after. Go back to the hotel, eat dinner that will be steak and potatoes. Then — and I’ll have two protein shakes with it there as well.

“So I’m consuming around, I’d say, around six to seven of those Orgain protein shakes a day now where I used to be two or three. With the weight up, I just had to consume a lot more. Luckily, I like the taste of those shakes so I can take those pretty easily.”

Wow! How many calories is that?