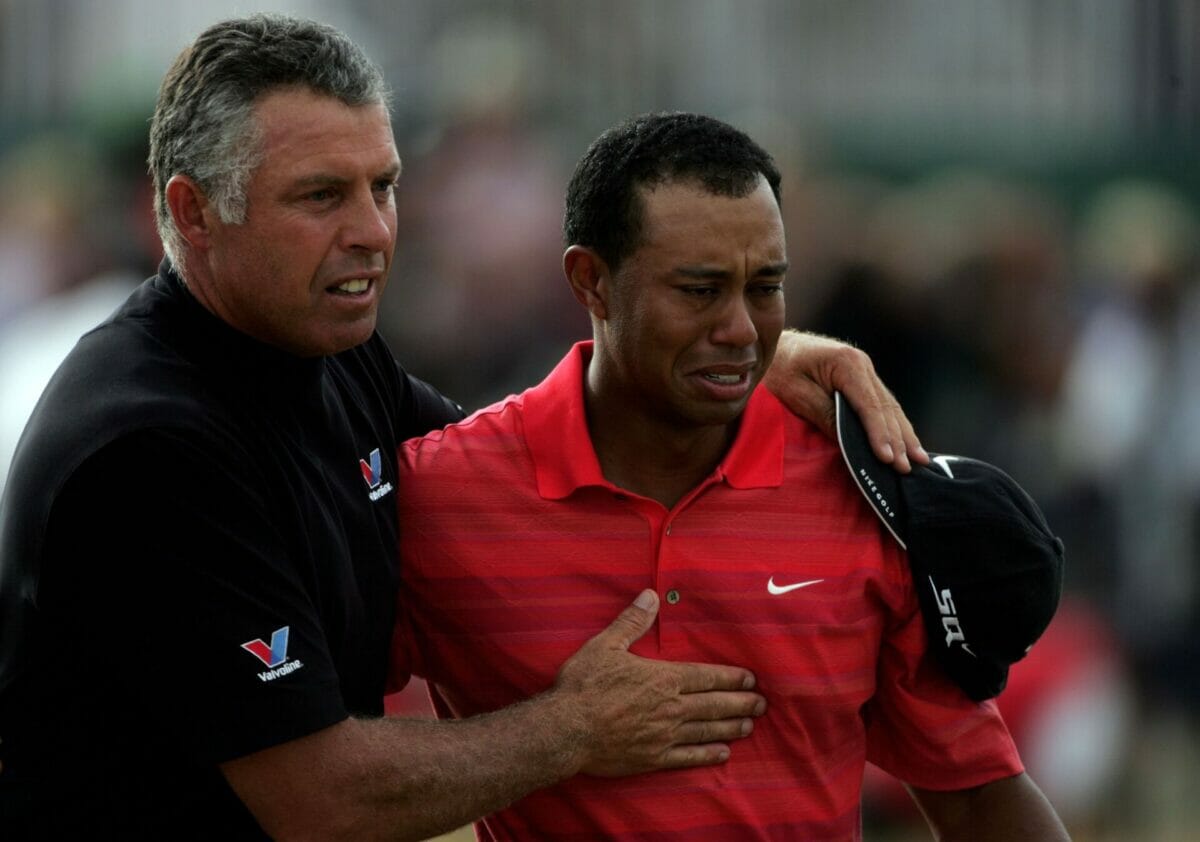 So here’s a highly-subjective selection of Greatest Hits to remember and some Misses to forget – in the absence of real, live Open golf. We started with some magic from the Big Easy, Ernie Els at Muirfield in 2002 and now we move to number nine and the one they call the GOAT.

No Top-10 of Open Championship greatest hits would be complete without at least one contribution from the greatest golfer of his – and arguably any other – generation, Tiger Woods, and there are plenty of options to choose from, but one stood out for both sporting and family reasons.

Arriving at a Royal Liverpool parched following months of hot, dry weather, Woods was the defending champion and was going for a hat-trick of Open wins, having previously won at St Andrews in 2000, and the great man then got his campaign off to a resounding start with a commanding opening round 67, tied in second place.

But it was during a sensational second round of 65 that the world #1 struck the shot that stands out – in overall context – as one, if not the best of his Open Championship career.

After a fine tee shot on the notoriously difficult 14th hole at Royal Liverpool, a demanding 456-yard, Par-4, Woods had 200-yards to the front of the green, 209 to the flag; unsighted and from a tight lie on a on a scorched fairway, he launched an imperious mid-iron, which towered through the bright blue sky before hitting the front apron, bouncing four times before rolling straight into the cup.

Cue high-fives with his caddie Steve Williams, who was also to feature in a second most memorable – and emotional – moment of a singularly successful week; having consolidated his superiority with a steady if unspectacular third round, one-under-par 71, Woods, dressed in red for his Sunday best carded a commanding final round 67 to win by two, a surprisingly narrow margin after such an assertive week’s play.

On holing the winning putt, Woods crumpled into the shoulder of his Kiwi caddie Williams, overwhelmed by emotion at the enormity of an occasion that heralded his first ‘Major’ victory since the death of his father Earl just a few weeks earlier.