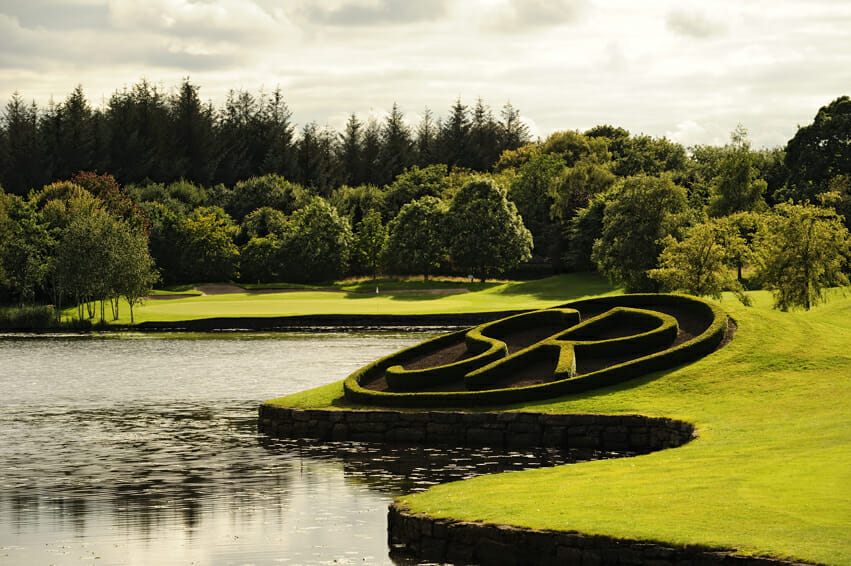 Even with 20 years’ experience banked as a PGA professional and a reputation as one of Ireland’s leading coaches, Gordon Smyth finds himself embracing the opportunity to upskill himself with the arrival of the Raflewski Performance Academy at PGA National Slieve Russell.

Currently the Head PGA Professional at PGA National Ireland, Smyth has been a driving force behind the Academy that’s expected to take the Irish golf scene by storm when launching later this year.

Ever since Smyth was introduced to Canada-based Irish pro and short game guru, Gareth Raflewski, the pair have gelled, and when the opportunity to work with one of the world’s leading performance coaches came to pass, Smyth knew it was a chance he couldn’t think twice about taking.

“As a coach, to be able to go on Tour with someone like Gareth is incredible,” said Smyth.

“His stable of stars, both on the PGA Tour and the LPGA Tour boasts an unbelievable pool of talent so to have the chance to attend events and shadow what he’s doing is phenomenal for me and hopefully in turn, it will be great for Slieve Russell and Irish golf too.”

Covid-19 travel restrictions have proved a torn in the side of Smyth’s shadowing plans thus far. A proposed extended stay in Canada in April was cancelled but regular Zoom meetings with one of the world’s best have still been hugely beneficial. Smyth admits he’s taken on the role of a sponge, absorbing as much information as possible from Raflewski who holds one of the most glittering coaching CV’s in the sport.

“I was on the phone to Gareth the other day and I asked him outright, ‘how much did your players earn last year?’ Smyth says. “He did a rough top-up and it was over $10 million. It’s insane!

“As a coach, to be able to go out on the PGA Tour is the pinnacle really. It’s amazing for me personally to have that chance, and the trust Gareth’s shown in me hasn’t gone unnoticed. It’s a significant sum of money that he’s put into this project. He’s not only investing in me but he’s investing in Slieve Russell and Irish golf as a whole but we both believe in the Academy and we’re confident it will prove successful.”

“I’m just trying to get all the information I can and Gareth’s been so open with me. As an engineer, he’s so technically minded and so into it that it’s fascinating to learn from him but he keeps it simple too and I’m sure his knowledge will prove a great asset to golfers here wanting to take their game to the next level.”

Exactly what golfers signing up to the Academy can expect is something completely different from your regular driving range experience in Ireland. The proposed outing at Slieve Russell will offer so much more than that, from testing and teaching to players then being encouraged to stay on-site and put their practice immediately into play.

“The idea is that when the person is finished the lesson, we want them to stay,” Smyth explains.

“We want them to go to the Academy Course and put their practice into play right away and get that invaluable feedback. We will have state-of-the-art putting and wedge fitting capabilities if players want to take it even further. Gareth and I are constantly in touch brainstorming about how we can ensure players get the most out of a visit.

“We just had an idea that we could ask the player what ball they use on arrival and if it’s a Pro v1x or whatever, we’d give them a bag of brand new balls after the lesson and say, ‘there you are, now go and use the facilities and practice what we just worked on and we’ll be here to talk through the results’. I mean, that would’ve been my dream as a player. We’re encouraging them to invest not just money but time into their practice and ultimately, the goal is to make each player who visits, better, and we believe we will.”

The Raflewski Performance Academy is set to be the first of its kind on the golf mad island of Ireland. Its walls will be brimming with technology, from the GC2 Quad which should help players dial-in their wedge game like never before, to cutting edge systems like the Sam Putt Lab, Capto 3D Putting and Swing catalyst Video.

Together, Smyth and Raflewski hope to change the culture in Ireland when it comes to coaching and with everything the studio will certainly bring, coupled with the existing facilities at the stunning Co. Cavan venue, it’s hard not to think they’re onto a winner.

Covid-19 has presented logistical challenges, both to Smyth’s upskilling and the final touches being put on the Academy itself but the pair are confident that a September launch is achievable. Whatever that date may transpire to be, Irish golfers will soon have a facility on their shores capable of rivalling the world’s best.

To keep up with the latest from Gordon and Gareth, you can follow them on Twitter @GordonSmyth / @Raflewski