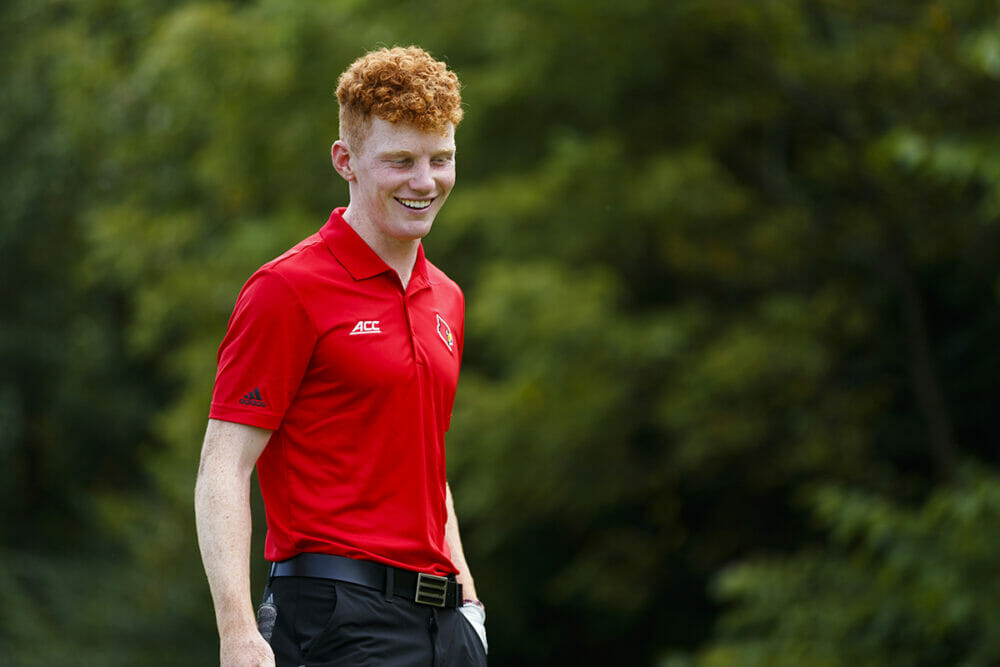 11 days and it was all over. On the 13th March the NCAA announced the cancellation of the college golf season, and by the 24th John Murphy was on a plane heading home.

Instead of heading to Sawgrass CC in Florida for the second last regular season tournament, Murphy was forced to identify a plan B. Although he had intended to sit things out in Louisville, the fear of missing a summer of golf in Ireland was part of the decision to come home, and after three years in the University of Louisville, college life looked like it was over for the Kinsale man.

The plans to compete in the NCAA Regionals and the NCAA Championships were gone, the exams and graduation plans had changed, and an important trip to Louisville for his parents Carmel and Owen were all cancelled.

While the wider public health issues are far more important, it was a crushing blow for Murphy who was having a really strong season including two individual wins on the Division One circuit and three team wins. In fact, it was a great season for Murphy in many respects.

He comfortably maintained his ranking in the WAGR top-150 and his overall consistency was rewarded with a Byron Nelson Award nomination. On Thursday, Murphy was announced as the winner.

Couldn’t be happier to be the recipient of this years Byron Nelson award in college golf. Looking forward to teeing it up in my first PGA tour event. Before this happens, I’m also excited to announce that I’ll return to Louisville for another year of college golf. @UofLMGolf

Even before the news of his Byron Nelson honour, Murphy returned to Cork with his head high, more than happy that he had seen significant improvements in his game in his final year.

“My senior year certainly filled me with confidence,” explained Murphy.

“It was great to be recognized on a national stage and I had a lot of fun on the golf course and continued to learn and grow as a player. I had certainly put in some good work the last few years and put myself in a nice position going into my senior year, – particularly after finishing the summer strong.

“Ian Stafford and I had put in some really good and productive work to get me ready for a strong senior year and thankfully it paid off in the end.”

That strong finish that Murphy mentions was highlighted by an impressive final hole win at the Mullingar Scratch Cup. That victory, his biggest in Ireland, was a huge boost as he returned to Kentucky. 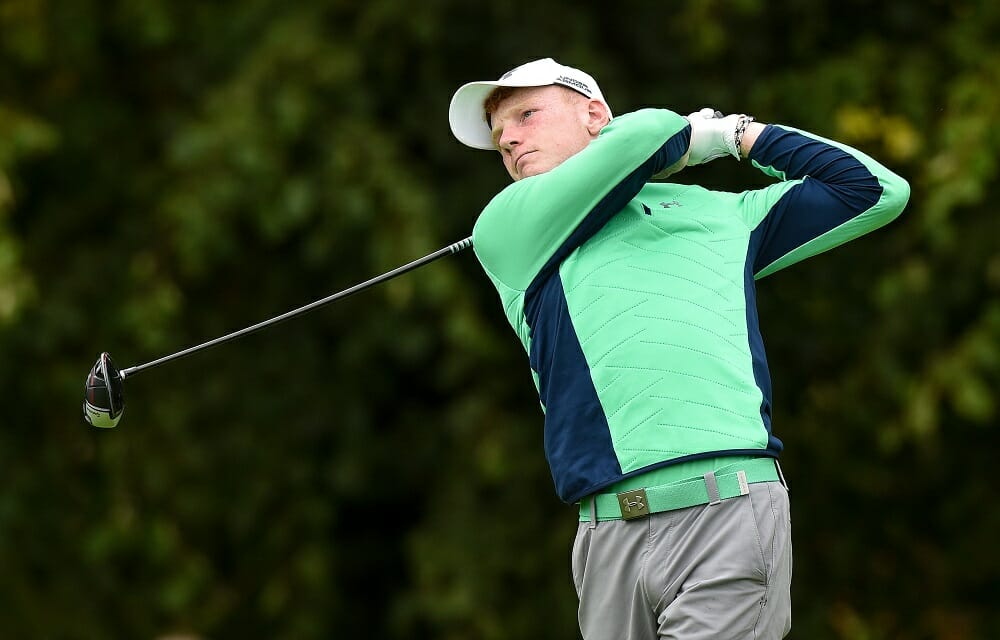 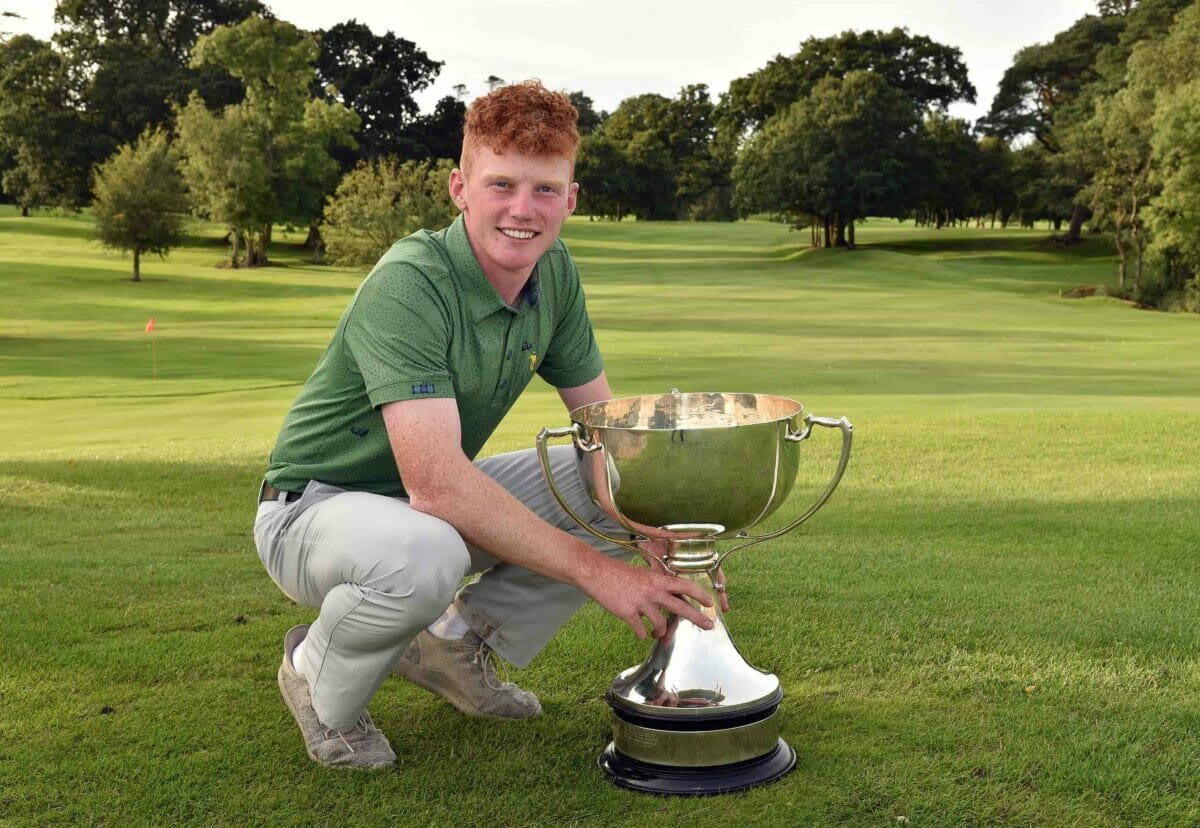 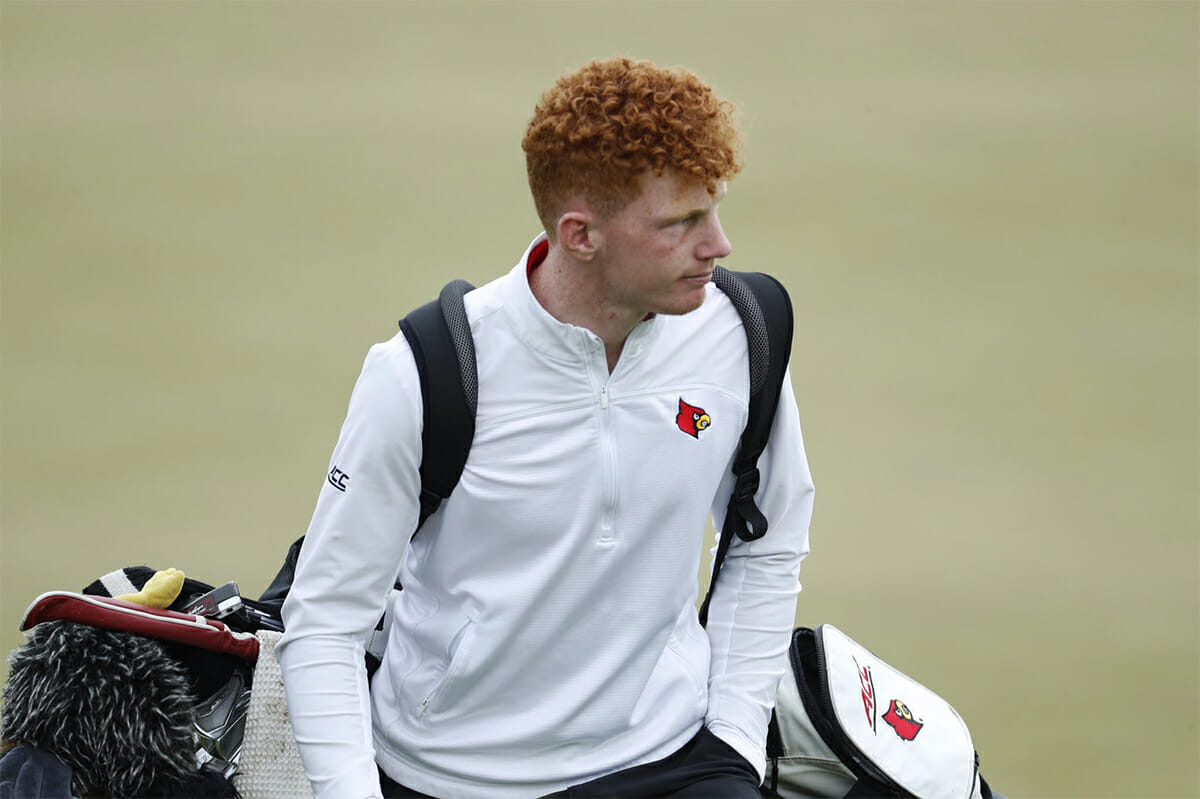 Clearly inspired, his form continued with four top ten finishes in his first five tournaments.  His first US win came in September and he posted a second win in the rain affected Dorado Beach event in Puerto Rico in early March.

The three years were all different, a slow start in year one, a strong performance in year two, and his senior year brought him two key wins.

John only made the decision to move to the US after spending his first year of college in Maynooth where he was a member of the Paddy Harrington Scholars programme which has produced several fledgling professional golfers.

Moving to take up the scholarship in Louisville was a big decision, there was a local link as Douglas native Aaron O’Callaghan was one of the senior coaches and he had been keeping a close eye on the Kinsale man. Still, Murphy had to make the choice and it wasn’t a simple decision.

“Yeah, there were loads of pros and cons I had to weigh up,” he recalled. “But I knew that if I wanted to try and make a career out of golf, then I had to drastically improve. I felt moving and a change of environment was going to be the best way for me to do that and I knew it would be an incredible experience either way.”

Murphy had a tough enough start when he joined the Louisville programme. As well as being a newcomer on the team, he was also suffering from a recurring knee injury which ultimately required surgery in late 2017. He bounced back from that quickly but it was a setback that could have shook his confidence.

“Funnily enough, I never once questioned whether I should have moved or not,” said Murphy.

“I could feel myself improving and learning more about myself as time went on. I was also having such a great time enjoying the college experience that the slow start didn’t really dampen my spirits.”

There was a strong Irish presence in Louisville. Although Coach O’Callaghan moved to Wake Forest in 2018, Devin Morley and Hugh O’Hare were also on the roster meaning Murphy wasn’t going to feel too lonely in college.

Working with his coach Ian Stafford, the pair were in weekly contact, chatting through the courses, the strategy and of course management. They also reviewed every tournament allowing Murphy to keep in touch with the person who first coached him over ten years ago. Showing a great level of maturity, Murphy has dealt with several temporary setbacks and hasn’t allowed himself to get caught up in the short term.

“One thing I’ve learned is that it’s a process,” he says.

“It’s a marathon, not a sprint so as long as I have trust in what I’m doing and as long as I believe it will make me a better player in the long run, then I’m fine with it.”

And John will have to use that mindset as a return to competitive golf is still over a month away. The GUI has indicated that championships will return in the middle of July, but a large number of men’s events have been cancelled with a few taking place in September and October. Having built a full schedule for the summer, Murphy is now in holding mode.

“The plan was to play a full schedule, such as European Amateur and British Amateur etc. Unfortunately everything has been either postponed or cancelled so it’s a bit tough to tell what my first event will be,” he admits.

“I’m just trying to stay on top of things in my game for now and keep everything in check.  I’ve done some swing work in the net and I’ve been trying to stay active and get a bit stronger.”

While he is a graduating senior, Murphy has the option of returning to complete is final year. Earlier this week, Olivia Mehaffey confirmed she would be returning to Arizona State for another year and Murphy is also considering another year in college competition.

“Right now, a return to college is looking pretty likely. I am still only 21 and feel like there is no real rush to do anything. Professional golf seems to be on hold, and ideally, I would have turned professional at the end of 2020, but I don’t mind going back to college at all.  It is a great environment for me to continue to improve and I’m looking forward to the possibility of rejoining the team over there and hopefully coming home a better player.”

With the first college term normally starting in late August, it may mean that John has a very short summer of golf in Ireland. He should have a chance to defend his Mullingar title with the competition set for the middle of August. As for now, Murphy’s competitive edge is showing at home.

“We’ve been keeping each other good company at home, I think everyone is getting a bit annoyed at me because I keep beating them in cards, but that’s not my problem thankfully!”