The Rematch, the Virus and I 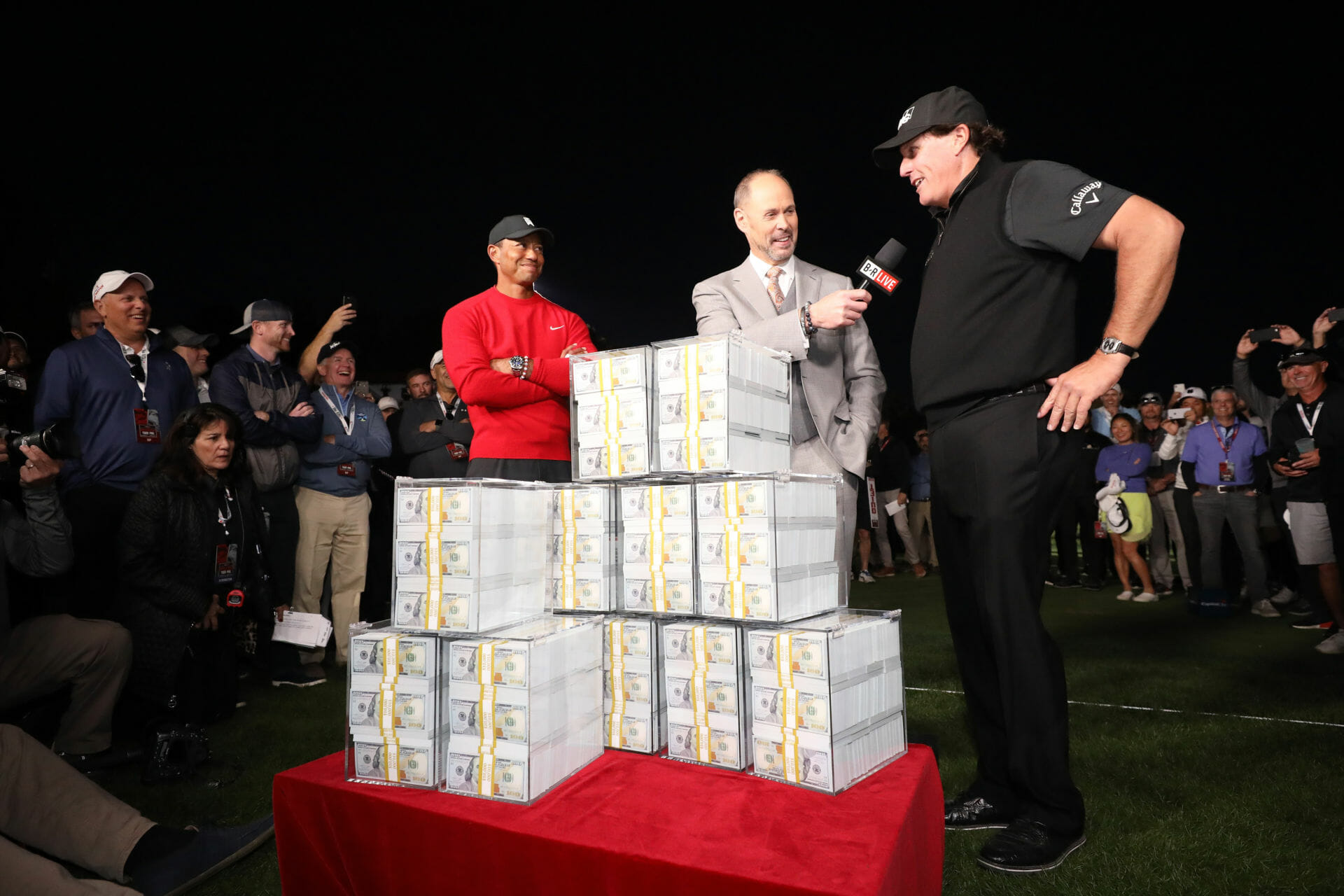 (Photo by Christian Petersen/Getty Images for The Match)

Tiger and Phil, head to head in a one-off, big money, made for television event? When the idea of “The Match” was first floated, I have to admit, my interest was piqued.

Not that I thought we were going to witness something for the ages – far from it in fact – but I watched with the morbid voyeurism of a man observing pedestrians approaching an icy patch of pavement.

The nature of the prize was the first slip. In a one on one match, there has to be a loser. In “The Match” – on the surface at least – there would be one clear winner but no obvious loser. Having each player dip into their own pocket in the event of a loss would’ve generated considerably more interest and personal investment from the public.

The second slip came with the promise of next-level trash talk. Mic-ing players has potential, but let’s face it, we’re seldom going to get class-A soundbites from professional golfers. Country clubs aren’t exactly breeding grounds for the kind of razor sharp wit required for the roasts that were promised.

In fact, even with close friends who good naturedly rip into each other on course, outsiders would struggle to find the same degree of humour in the inside jokes. And let’s face it, with the whole world (or at least those willing to pony up $100 in the States or with Sky Sports subscriptions over here) listening, was anything more than a watered-down, PC version of on course chatter ever likely?

The quality of play was the final and fatal slip, which brought the ground hurtling upwards. Both players were awful, with even Charles Barkley – NBA legend and notoriously bad golfer – saying as much in the commentary booth. It didn’t help that Shadow Creek is as soulless as the city that it was carved out to serve. Although perhaps a manufactured golf course in a manufactured city was the perfect place to stage a manufactured event with manufactured hype.

In short, it was everything I expected it to be.

And now we’re gearing up for “The Rematch” with the addition of NFL hall of famers Peyton Manning and Tom Brady – who both made careers by letting their right arms do the talking – and the sledging has already begun. And as you’d expect, with two professional golfers and two other middle-aged white men, it’s every bit as cringe worthy as you’d imagine.

Speaking to Golf TV’s Henni Zuël, Tiger gave us a flavour of the back-and-forth banter we can expect. “Whether it’s ‘I might need extra caddies to carry my Super Bowls,’ because he has more Super Bowls than my partner. Or, ‘I’ve got more majors than Phil, so I’m gonna have to have a truck come up to the first tee and U-Haul it out,’” adding that it was “typical us, it’s what we do.” Yeah, grade A stuff there, Tiger, but save some of that gold for the television cameras.

We still don’t have a date or a venue but rumour has it that it’ll be Medalist Golf Club in Florida in late May, with the proceeds going to COVID-19 relief this time. That’s something, at least.

But oddly, I find myself looking forward to the action – I use that word loosely – this time.

Life has changed a lot in the past six weeks, but I’d still never have believed that I’d be eagerly anticipating “The Match: Champions for Charity.”

Is this the reality of sporting starvation?

Maybe COVID-19 has finally gotten to me.