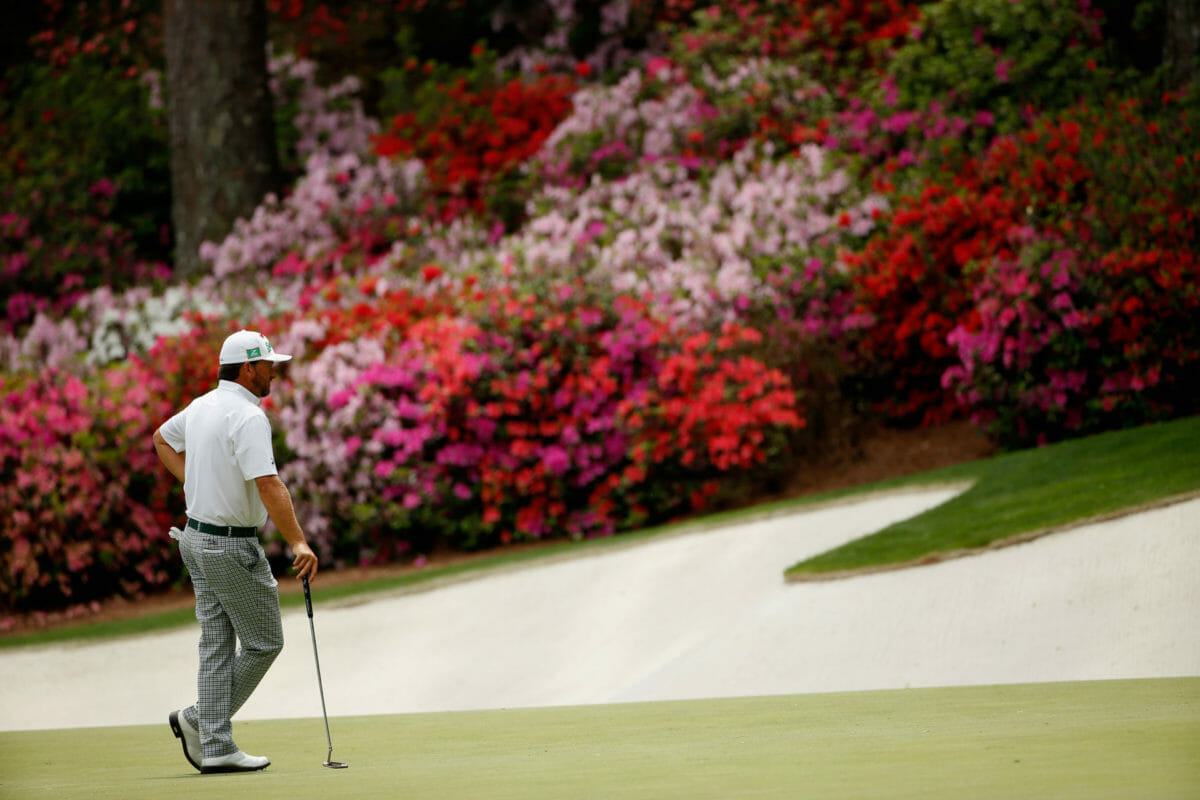 Graeme McDowell waits on the 13th green during the second round of the 2015 Masters Tournament at Augusta National Golf Club on April 10, 2015 in Augusta, Georgia. (Photo by Ezra Shaw/Getty Images)

One of the big winners in the decision for the Masters to be rescheduled in November is the Houston Open.

The Houston Open, previously run by the Houston Golf Association, took a risk in 2007 by moving a week before the Masters.

The decision paid off big time a year later when Augusta National changed its criteria in extending an invitation to all PGA Tour winners, making the Houston Open the last chance to get into the Masters.

The tournament then began attracting the world’s best including Rory McIlroy to a course the organisers had gone to much length to set-up as much as they could to mirror Augusta National course conditions.

Then on the Sunday night there was a United Airlines direct flight from Houston to Augusta, Georgia.

The tournament was relegated a few years back to its current late-in-the-year date when it lost long-time sponsor Shell; the week before the Masters was handed to rivals at the Valero Texas Open.

However Augusta now asked the Houston Open for a favour as the Masters move to the second week of November meant getting approval from both the PGA Tour and Houston organisers as the November 12-15 date belonged to the Houston Open, which has now been scheduled to a week earlier on 5-8 November.

“The Masters has their rescheduled dates, and the change places our tournament as the premier tournament to once again be played the week prior,” said Giles Kibbe, president of the Houston Astros Golf Foundation.

And assuming golf does resume this year, Augusta National has indicated that players who already have earned invitations will play in November.

Graeme McDowell’s young children are delighted with official confirmation their father will now be one of those to contest November’s rescheduled Masters.

Four players – McDowell, South African Christiaan Bezuidenhout and the American duo of Scottie Scheffler and Collin Morikawa – have now been added to the field for the 43rd hosting of the Masters and qualifying by virtue of being inside the top-50 on the World Rankings as at Monday, 30th March.