McIlroy reveals how he steered Koepka away from PGL 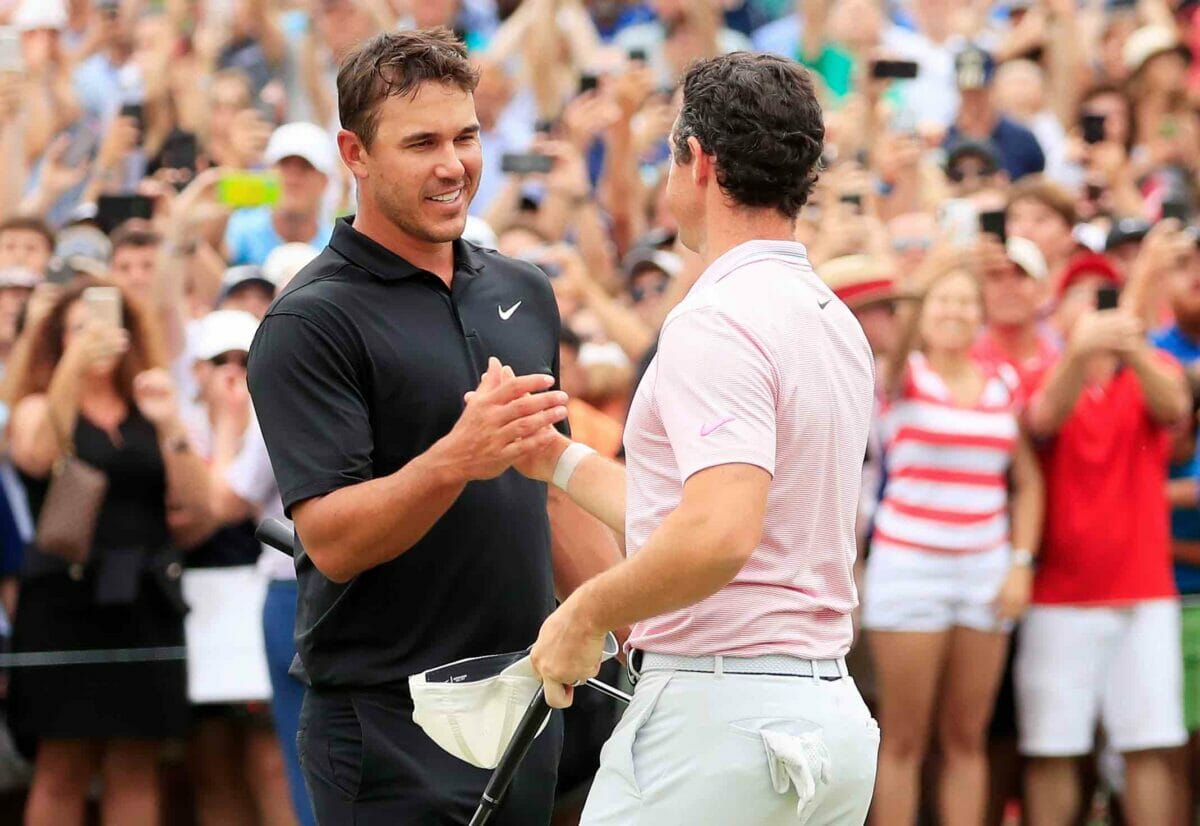 Rory McIlroy is becoming an advisor to the stars.

After winning the respect of the PGA Tour Commissioner and also the praise of his fellow colleagues over his Premier Golf League stance, we are now learning that there’s more to the relationship between he and fellow four-time Major winning Brooks Koepka.

So much so, it’s come to light that Koepka sought the advice of McIlroy before the American joined the current World No. 1 in also bluntly refusing any offer to join the PGL.

It was McIlroy who first stepped forward to declare his allegiance to the PGA and European Tours, stating:

“As a golfer and an independent contractor, I didn’t like the sound of the offer. I didn’t really like where the money was coming from either.”

Koepka then followed in similar vein last weekend in sayin, “I am out of the PGL. I’m going with the PGA Tour. I have a hard time believing golf should be about just 48 players.”

And now McIlroy’s disclosed how Koepka sought the Northern Irishman’s advice ahead of going public last weekend in making his decision to decline any PGL offer.

“Brooks did call me a couple of weeks ago and wanted to sort of get my thoughts on it,” McIlroy said speaking on Sirius XM PGA Tour Radio.

“He wasn’t down in Mexico but he saw what I said. He said, ‘Look, is that what you really feel?’

“I said, ‘Yeah Brooks, it’s not something that I want to be a part of for a few different reasons. We talked about the autonomy that I love having over my schedule and over what I do.

“I also didn’t necessarily agree or like where the majority of the money was coming from to fund the tour.”

Great advice from McIlroy and clearly a man of higher principle.

We are learning too that the PGL was supposedly seeking first the signature of the leading players to become members of the PGL with an assurance of the monetary rewards coming later.

Clearly, the game’s best are smarter than that and with the PGA Tour now reacting with the assurance of a huge boost in prize-money in the coming years, the pressure is mounting on the PGL whose hopes of introducing something to revolution the game get ever more slim with each passing day.