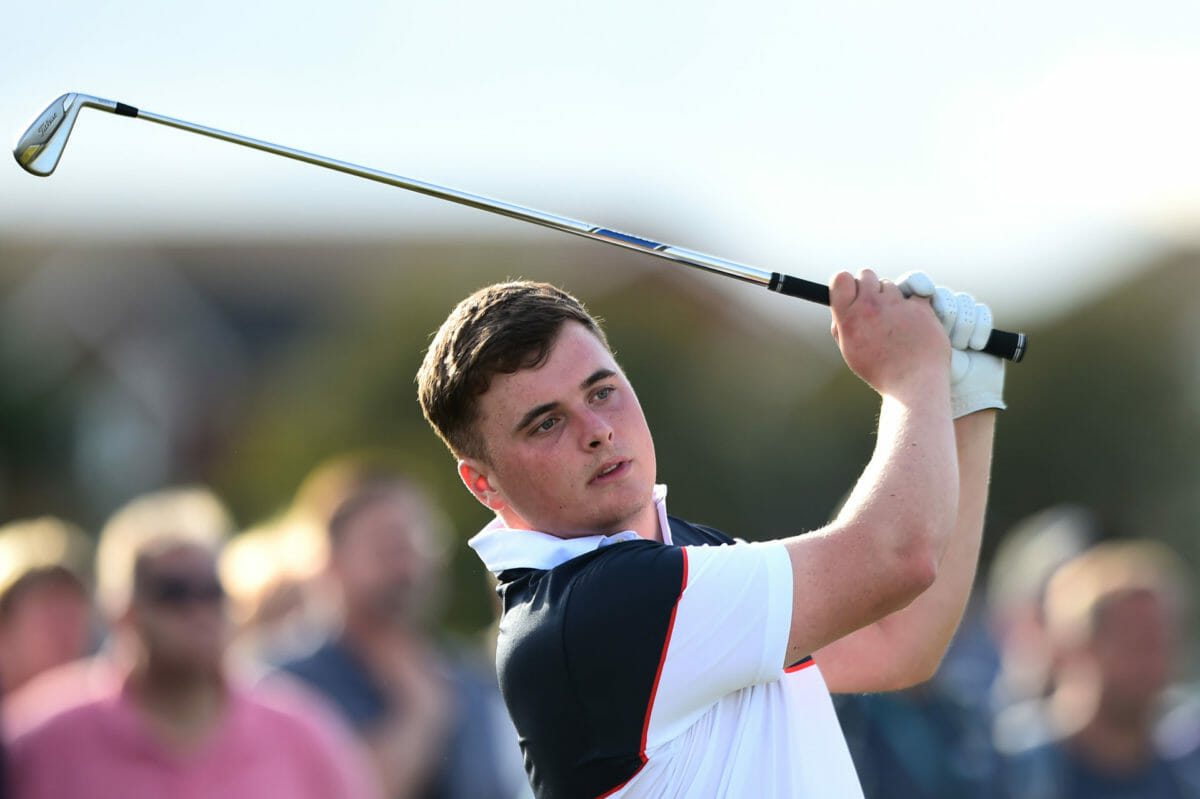 There wasn’t much to shout about on the opening day of the Oman Open, from an Irish perspective at least, as James Sugrue returned a one-over par 73 to lead home the Emerald attack in Muscat.

Invited to the European Tour for a taste of the action, the Mallow amateur, who showed plenty of signs of promise on the GUI’s recent trip to South Africa with two top-10 results, returned three birdies and four bogeys amongst his opening 18 to be sharing 72nd at plus-one.

That was the best the Irish could muster as Cormac Sharvin largely struggled to a three-over par round of 75.

Two birdies were chalked off by five bogeys for the Ardglass pro who will know much more is needed on Friday to avoid missing the weekend cut.

The same can be said for Clandeboye’s Jonathan Caldwell who perhaps needs much more than even that after a disappointing seven-over par 79 to open his account at Al Mouj Golf.

At the top, Guido Migliozzi fired a flawless round of 66 to rediscover his form and take the first round lead in Oman.

The Italian has two European Tour wins from his stunning rookie year on the Race to Dubai last season but had missed his first three cuts of the 2020 campaign and arrived at Al Mouj Golf without a bogey free round since the Turkish Airlines Open in November.

The 23-year-old showed his class that week in Antalya as he achieved his first top ten in a Rolex Series event and during round one in the desert he once again showed why he is a major rising star on the European Tour.

His six birdies on day one moved him to six under, one shot ahead of 18-year-old Dane Rasmus Højgaard, South Korean Taehee Lee and South Africa’s Brandon Stone.

“It’s very good to start the tournament with a 66 and a bogey free round,” said Migliozzi. “It’s a good feeling to work my way into this beautiful course and tournament. Obviously, I will try to give my best over the week and for the rest of the year.

“I think the whole course is good. It’s tricky because the greens are tough and tight and there are a lot of things which need your attention like the wind and the release of the ball. You can play each hole in a few different styles and it’s really cool and all the players are really happy to play here.

“It’s a good feeling to be a European Tour winner already. I like to win, and I hope one day will come when I win again.”

There was then a group of eight players at four under including former Ryder Cup players Victor Dubuisson, Ross Fisher, Stephen Gallacher and Andy Sullivan.

Joost Luiten – the 2018 champion – was in a group of ten players at three under, with five players returning to complete their finals holes on Friday morning due to darkness.