McBride just three behind as Dawson falls back in Bahrain 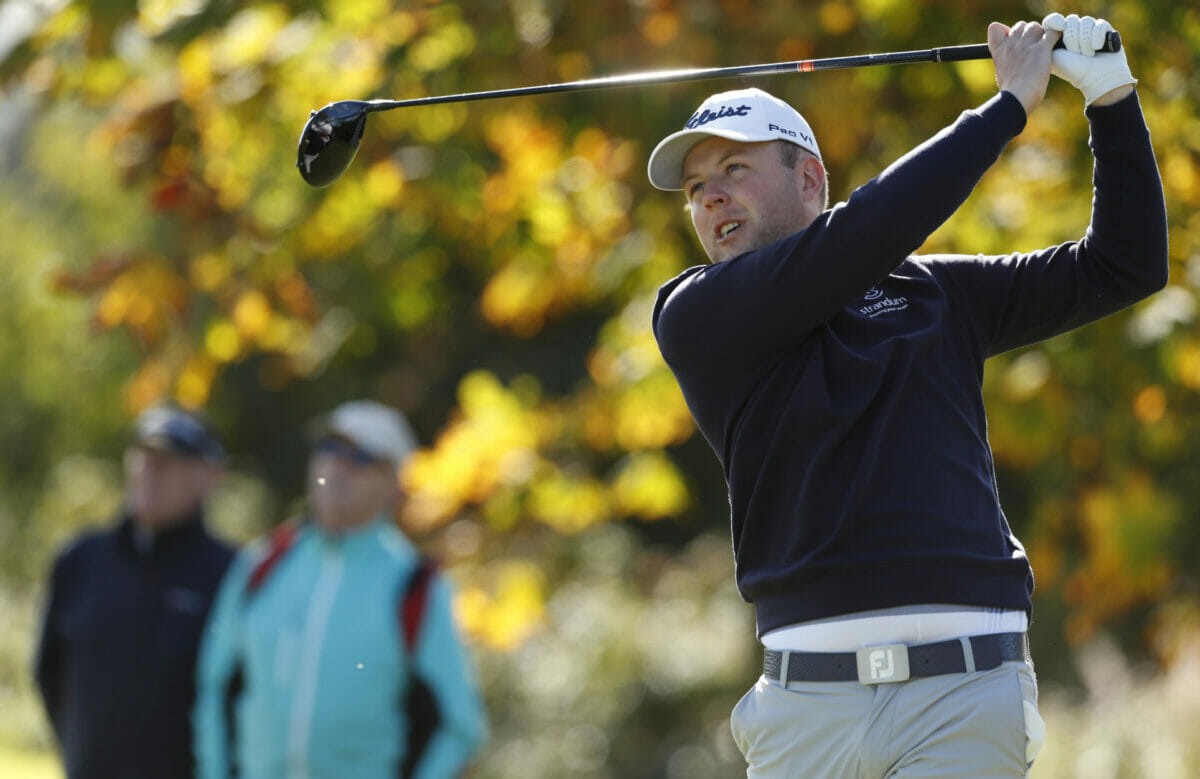 The Island’s Paul McBride goes into the final round of the Bahrain Open with every chance after carding a one-under par round of 71 on moving day at Royal Golf Club.

The Dubliner, who banked a top-5 finish at last week’s Ghala Open, sits in a tie for seventh spot at five-under par as he looks to go a few places better and continued his fine run of form.

Tramore’s Dawson had matched McBride scoring in round one but could only manage a two-over par 74 to drop to a tie for 20th at two-under.

Both Conor O’Rourke (+3) and Rory McNamara (+5) continued to struggle but their respective rounds of 73 saw them through to the final day after a 36-hole cut meant amateurs Dan Byrne (+15) and Ronan Armstrong (+18) fell short of the required mark.

At the top, it was a proud moment for Saudi Arabian golf and host venue Royal Golf Club when amateur Saud Al Sharif mastered the tough playing conditions on Tuesday to shoot the lowest round of the day and surge to tied second place, just one behind leader David Hague, in the $75,000 event.

The 19-year-old Al Sharif, a member of the Saudi National Team, learned his golf at the Royal Golf Club in Bahrain where he has been based for the past 10 years. He used his immense local knowledge to the fullest on a day when strong and swirling wind posed tough questions and shot a six-under par 66. That moved him to tied second place at seven-under par 137, tied with France’s Antoine Schwartz (70).

Hague, who turned pro after MENA Tour by Arena Qualifying School and recently finished runner-up at the NEWGIZA Open in Cairo, was five-under par through his front nine (the back nine of the course), but stumbled on his way back with three bogeys and a double. A birdie on the last helped him close with a 70 and gave him a one-shot cushion going into the final round.

“It is such an amazing day. I had an unbelievable round, my lowest ever on the MENA Tour!” said Al Sharif, who had sensationally made the cut last week in Oman after holing out his second shot on the par-4 17th hole for an eagle and a birdie on the last.

“My putter was on fire. I made putts from Saudi Arabia to Bahrain. Come to think of it, my short game was something that was holding me back. I have been working really hard on my putting and chipping with Jamie McConnell at the Claude Harmon Performance Institute in Dubai and it is showing result.

“Of course, I know this golf course better than everyone else. But playing at home also brings a lot of pressure and hopefully, I can handle it tomorrow as well as I did today.”