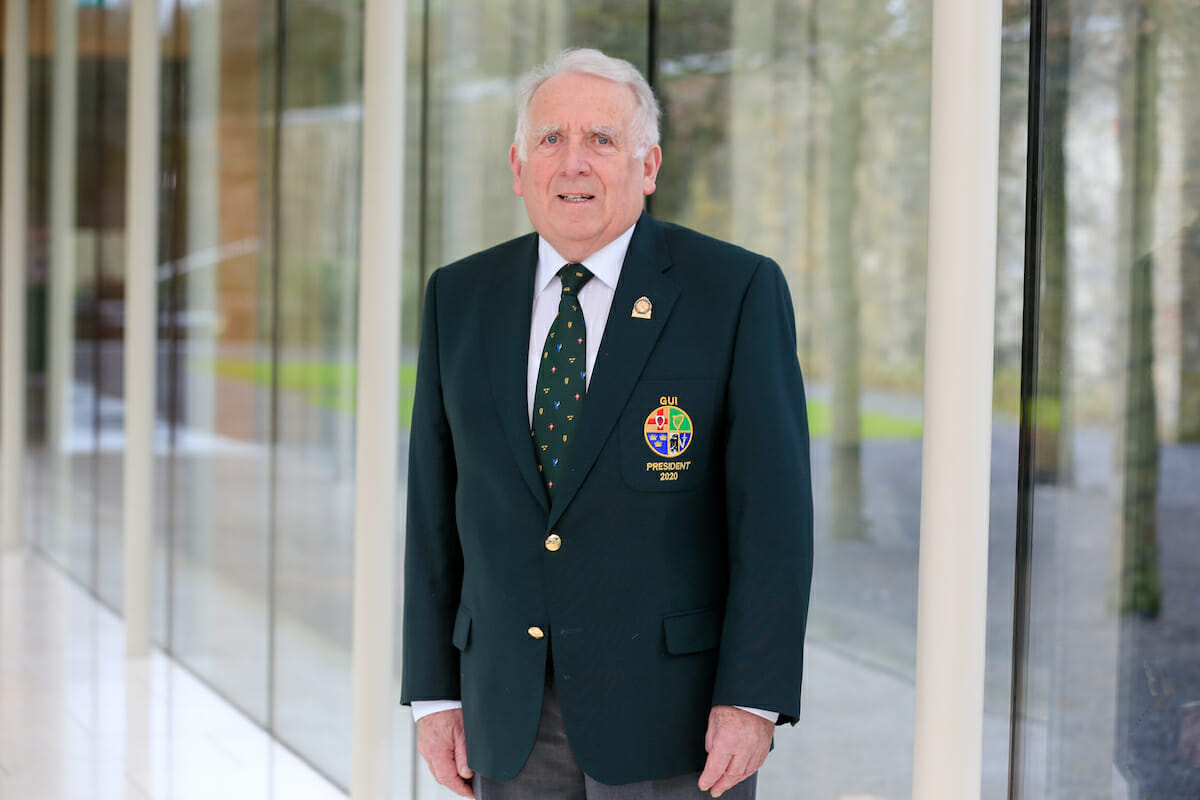 The clubs and delegates in attendance approved unanimously the five motions before the meeting which will assist in a timely and efficient handover to Golf Ireland from January 2021. Tim O’Connor (Chairman) and Mark Kennelly (CEO) from Golf Ireland also briefed the meeting on developments.

The following motions were carried unanimously:

That the following process be adopted to facilitate the winding up of the Golfing Union of Ireland (GUI) and the approval of the Union’s final Financial Statements:

winding up of the GUI has been completed, for the purposes of discharging any duties required to complete the winding up including the adoption of the GUI’s final Financial Statement.

Rationale: This motion provides for an extended Financial Year for the GUI to cover the period from the end of the normal year end (31st October) until Golf Ireland is fully operational on 1st January 2021. In addition, it outlines the process for handling the final Financial Statement.

That the processes approved by the 2019 Annual Delegates’ Meetings in all four provinces be amended and streamlined as follows:

Rationale, should Motion 1 pass: The passage of Motion 1 will result in the continuation of the GUI Board post-31st December 2020. This was a circumstance not contemplated at the time of the Branch Annual Delegates’ Meetings, and has the advantage of enabling a mechanism within the GUI for the final approval and circulation of these accounts to its affiliated clubs prior to the dissolution of the GUI Board.

That all obligations and responsibilities of Affiliated Clubs to the GUI, as set out in the Constitution of the GUI, will cease, effective from a date to be determined by the Board, and which will in any circumstance either coincide with or follow the Initial Membership Date of Golf Ireland.

Rationale: The purpose of this motion is twofold. Firstly, it seeks to ensure that Clubs are not required to fulfil certain obligations and responsibilities (such as payment of annual subscriptions, making facilities available etc.) to two organisations at the same time. Secondly, it seeks to facilitate a smooth transfer of the oversight function relating to the Rules of Golf, Amateur Status & Handicapping, thus avoiding a situation where two organisations are required to investigate and prosecute breaches of these rules.

That Clause 8.5 of the Union Constitution be amended to read:

“If a vacancy should occur in the number of Trustees by removal, resignation or death, the Board is empowered to fill the vacancy for the remainder of the year on the nomination of the Provincial Council involved at the next Board meeting. The Board is not obligated to fill such a vacancy or vacancies, provided that at least two Trustees are in position to facilitate the winding up of the Union.”

Rationale: The process of replacing a Trustee and can be an onerous one. The addition of the final sentence is to avoid any delay to the winding up of the GUI, that might arise if a vacancy occurs in the number of Trustees, nearing the date of transfer of assets to Golf Ireland.