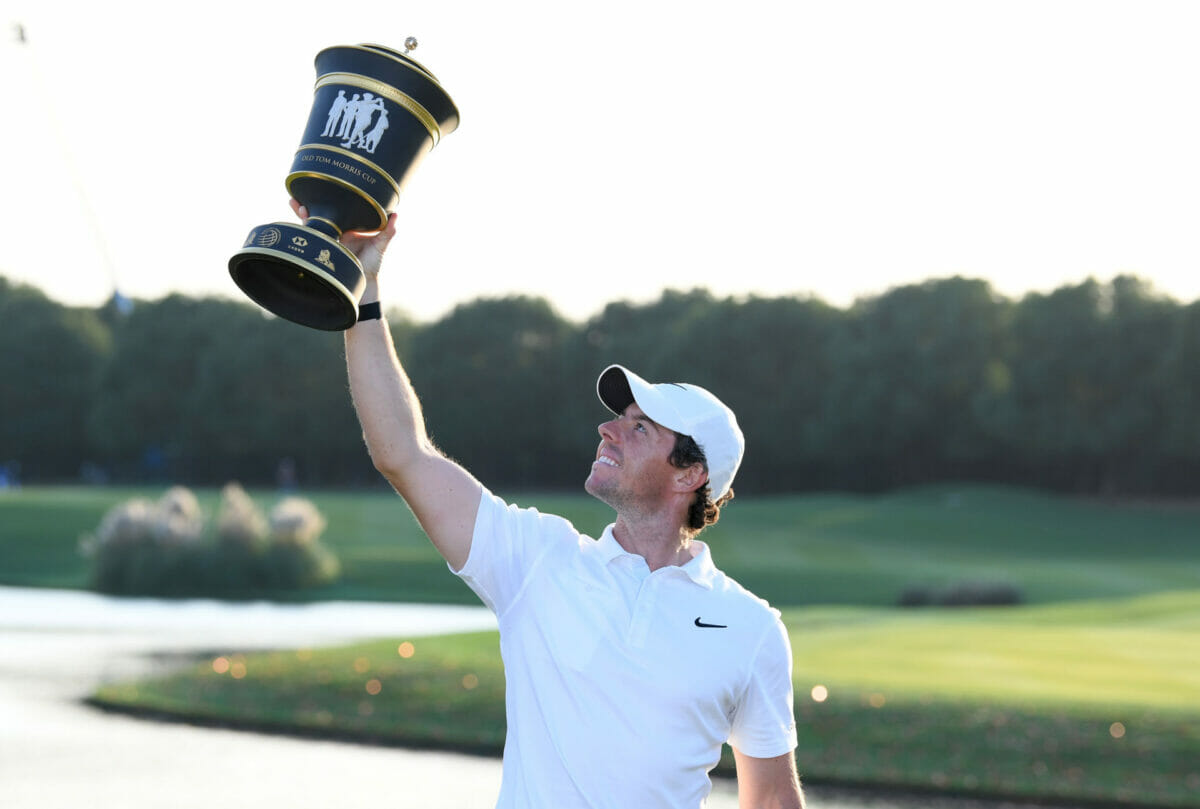 Rory McIlroy had to do it the hard way by winning in a play-off to capture a first WGC-HSBC Champions victory, his fourth taste of success this year and also toasting a 27th pro career victory.

McIlroy defeated defending champion, Xander Schauffele with a birdie at the first extra hole of the Sheshan International on the outskirts of Shanghai with South Africa’s Louis Oosthuizen, who was the third member of the final group, signing-off for a closing 69 to finish third at 17 under.

The World No. 2 ranked McIlroy went into the final round leading by one shot lead and held that as he stood on the 18th tee, with playing partner and defending champion Schauffele his nearest challenger.

While McIlroy could only manage a par, Schauffele birdied the final hole to join McIlroy at 19-under and set-up the play-off, but the American could not repeat last season’s sudden-death triumph over Tony Finau.

McIlroy found the fairway with a booming drive with his American rival’s tee shot running through the green and into deep rough, a few feet shy of a fairway bunker.  It forced Schauffele to forget going for the green and play a lay-up shot.

It’s all McIlroy needed as he cleared the water guarding the green and then calmly two-putted for his winning birdie. There was a right arm fist pump with McIlroy finally winning the event for a first occasion.

“There’s a lot of stuff that people don’t see behind the scenes just in terms of hard work and putting the hours in at home,” he said. “But all of that, it’s not work, really. It’s playing golf for a living. I’d be in trouble if I did have to work for a living.

“To practise hard and to do all the right things and to see it pay off like this and get wins like this makes it all worthwhile.

“I have one more event left in Dubai. I want to finish the season off as well as I can. I really wanted to get another win before the end of the year and now that I’ve done that, it would be nice to get two wins.”

In some fairness to Schauffele, the American had been struggling with illness for much of the week and while pleased with his effort, he was also full of praise for McIlroy.

“He’s an elite player,” he said. “When he’s on, I’d say he’s arguably the best player in the world. He made me play better. I know what I need to do to become a better player.

“My time will come. I’m looking forward to getting healthy, not coughing, sleeping. More important things than trying to win a golf tournament.”

It his fourth success of 2019 after earlier PGA Tour season wins in the Players Championship, RBC Canadian Open and the Tour Championship.

McIlroy joins Dustin Johnson and Tiger Woods as the only players to have won three of the four World Golf Championships events, following his victories at the WGC – Bridgestone Invitational in 2014 and the WGC – Dell Match-Play the following season.

It is also McIlroy’s 14th European Tour victory, and a first ‘regular’ event win since capturing the 2016 Dubai Duty Free Irish Open while he has now matched Darren Clarke’s record as the equal-winningest Ulster golfer.

McIlroy had earlier in his round birdied the fifth, eighth, ninth and 14th holes and missed out on four straight scores of 67 in taking par at the 72nd.

McIlroy was returning to his Florida mansion having jumped 34 places to the temporary top of the 2019/20 FedEx Cup standings after a third in last week’s ZoZo Championship in Japan, while the weekly standings won’t be adjusted till current PGA Tour No. 1 Lanto Griffin completes his showing in the Bermuda Championship.

McIlroy has also leaped 28 spots to now fifth on the European Tour Race to Dubai, with Austrian Bernd Wiesberger still atop of the rankings after a no-frills week where the three-time winner this season failed to 70.

In fact, Wiesberger signed for closing round 75 to share 49th place at one-over par.

Spain’s Jon Rahm, who for some reason did not seek to tee-up in China and also is not competing this week in Turkey, remains in second place with Ireland’s Shane Lowry still holding down third.

Lowry also failed to break 70 over the four Shanghai rounds in producing three scores of 72 and picking-up at birdie on 18 in a final round of 71 to eventually share 43rd place at one-under par, with the effort bridging the Race to Dubai gap marginally on Wiesberger.