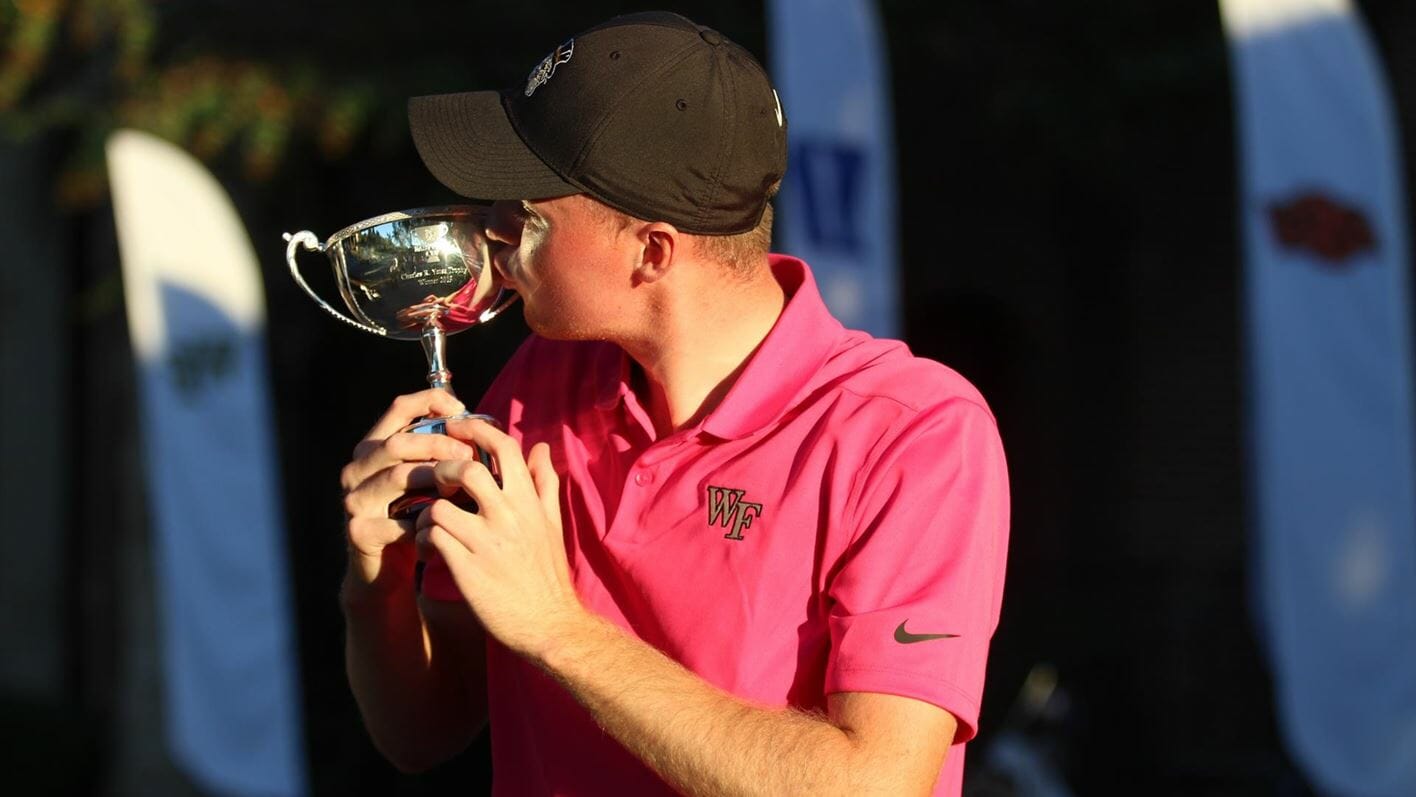 The Freshman fired a five-under par 67 to record his maiden collegiate win, while the Demon Deacons will be the No. 2 seed for match play, which begins Tuesday.

“It’s amazing,” said the 19-year old. “The minute we got here this week. I have seen this place on TV so many times watching Rory and Tiger. Actually getting here was amazing but to be standing here now after winning the individual is crazy altogether.”

With authority❗@WakeMGolf‘s Mark Power could become the first freshman from the men’s side to win the #EastLakeCup individual title. pic.twitter.com/XyuKp28PuW

Power made eight birdies, including five on the back nine, to shoot a 5-under 67 and post a two-shot win. He is the first Wake Forest freshman to win since Cameron Young won twice in 2015-16. The tournament’s stroke play portion consisted of just Monday’s 18 holes, with the team standings used for seeding for the match play event.

“I am not surprised at all that Mark played well today,” said head coach, Jerry Haas. “He hits the ball long and the fairways here are in beautiful shape. He played the par-5s very well. Mark’s game is trending well, shooting 68 twice last week at Golf Course of Georgia to finish third there, so he must like playing in Atlanta.”

The Demon Deacons shot 4-under as a team on Monday to earn the No. 2 seed, and will play No. 3 seed Oklahoma State (4-over) in the semi-finals. No. 1 seed Texas (10-under) will play No. 4 seed Vanderbilt (13-over) in the other semi-final. The event features the four quarter-finalists from last year’s NCAA Championship.

Marco Steyn and Alex Fitzpatrick T-7th, each shooting an even par round of 72. Eric Bae shot 73 and Eugenio Chacarra shot 74 to round out the line-up for the Demon Deacons.

The Wake Forest-Oklahoma State match will begin at 12:55 p.m. with coverage on Golf Channel beginning at 3 p.m.

“It is going to be a really good matchup,” said Haas. “Oklahoma State has been really good over the last few years and this is a great setting at East Lake. We are going to have to play better than we did today. We played well, but didn’t quite finish the round like we would like to finish.”