Quiet Sunday for Sharvin who seals top-30 finish in China 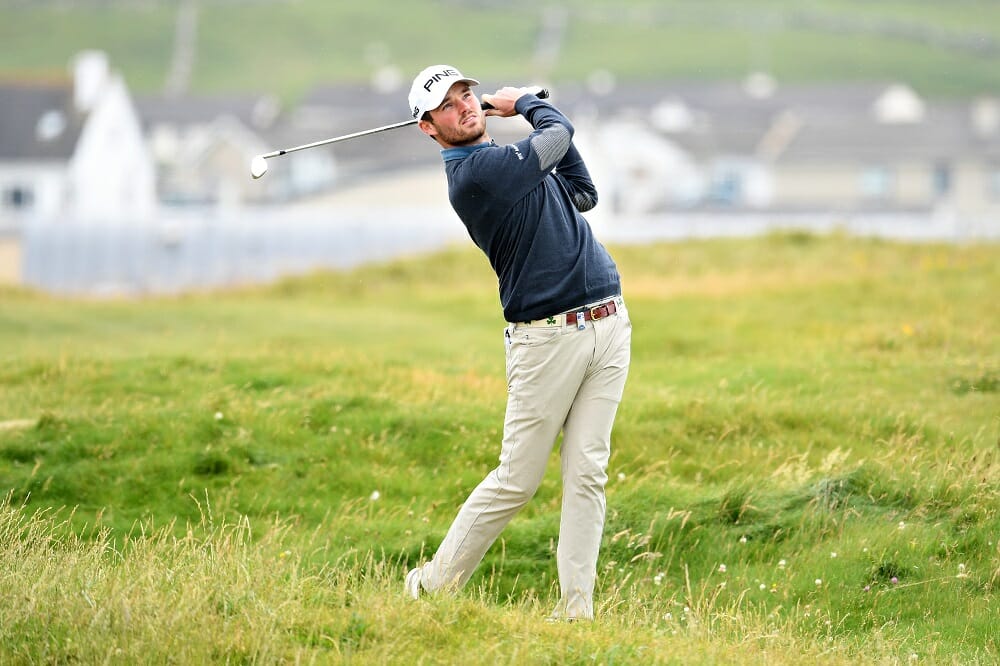 Cormac Sharvin struggled to produce his best stuff as he signed for a one-over par 73 as the curtain came down on the Hainan Open.

The 27-year old opened with a pair of bogeys and found his only birdie of the day on the 18th hole as the Ardglass professional’s two-under par tally saw him tie 30th.

The result saw Sharvin collect €2,485.62 as he now moves on to next week’s bumper US$500,000 kitty in Foshan ahead of the Challenge Tour Grand Final at Alcanada from November 7.

Ranked fifth on the Road to Mallorca standings, Sharvin’s European Tour status for next season is secure but he’ll be hoping to take advantage of two big prize pots prior to the close of the season with the number one spot on the Order of Merit table still within his reach.

Meanwhile, Francesco Laporta shot to the top of the Road to Mallorca Rankings after securing his first European Challenge Tour victory at the Hainan Open.

The Italian began the day with a two-stroke lead and a final round of 70, two under par, was enough to clinch victory on 14 under par at Sanya Luhuitou Golf Club, one stroke clear of France’s Robin Roussel, who finished second on 13 under par, and two ahead of Dutchman Wil Besseling and Germany’s Sebastian Heisele, who earlier aced the par three third hole on his way to a four under par 68.

The 29-year-old stayed in front throughout the final round, however he was joined momentarily at the top by Besseling following a two-shot swing at the 15th hole before the Dutchman then carded a double bogey on the 17th after hitting his approach into the water.

Laporta therefore had a one-shot lead with one to play and he calmly secured victory with a solid par at the last and duly marched to the top of the Road to Mallorca Rankings.

“It’s unbelievable,” he said. “It’s my first victory on the Challenge Tour and it’s just crazy.

“After last week in Italy, I came here just to play my best golf and I was aiming for a top ten. To come away with a victory is unbelievable and amazing.

“When I started this year, I just wanted to play my best golf and finish in the top 15 and now I’m leading, it’s just crazy. I’ll try to do my best to keep my place and finish top of the Rankings.”

Full playing privileges on the European Tour for next season are now secured for the man from Puglia and he had a taste of what is to come after finishing seventh – the leading Italian – at last week’s Italian Open, a Rolex Series event.

Runner-up Roussel is also certain to finish the season in the top 15 as he jumps seven places to second on the Road to Mallorca and Laporta is hoping to recommence battle with the Frenchman – and Besseling – on the top tier next year.

“It was a great battle and a great game today,” he said. “I wasn’t that nervous because I knew a top three finish would have been enough for a full European Tour card for next year.

“It is an amazing feeling to know I will be playing on the European Tour next year and I am so happy.

“It was a great game with Wil and Robin, I really enjoyed it and maybe we can have another one on the European Tour.”

Besseling and Heisele finished two shots clear of Liu Yanwei and Adrian Meronk at Sanya Luhuitou Golf Club, as the Chinese and the Pole ended the week in tied fifth on ten under par, while Richard Bland, Rasmus Højgaard, Antoine Rozner, Ben Stow and Xiao Bowen finished in a tie for seventh place on nine under par.

Dutchman Besseling also has a chance of finishing in the top 15 on the Road to Mallorca after his tied third finish as he jumps from 40th place to 20th, while Heisele moves from 16th to 11th.