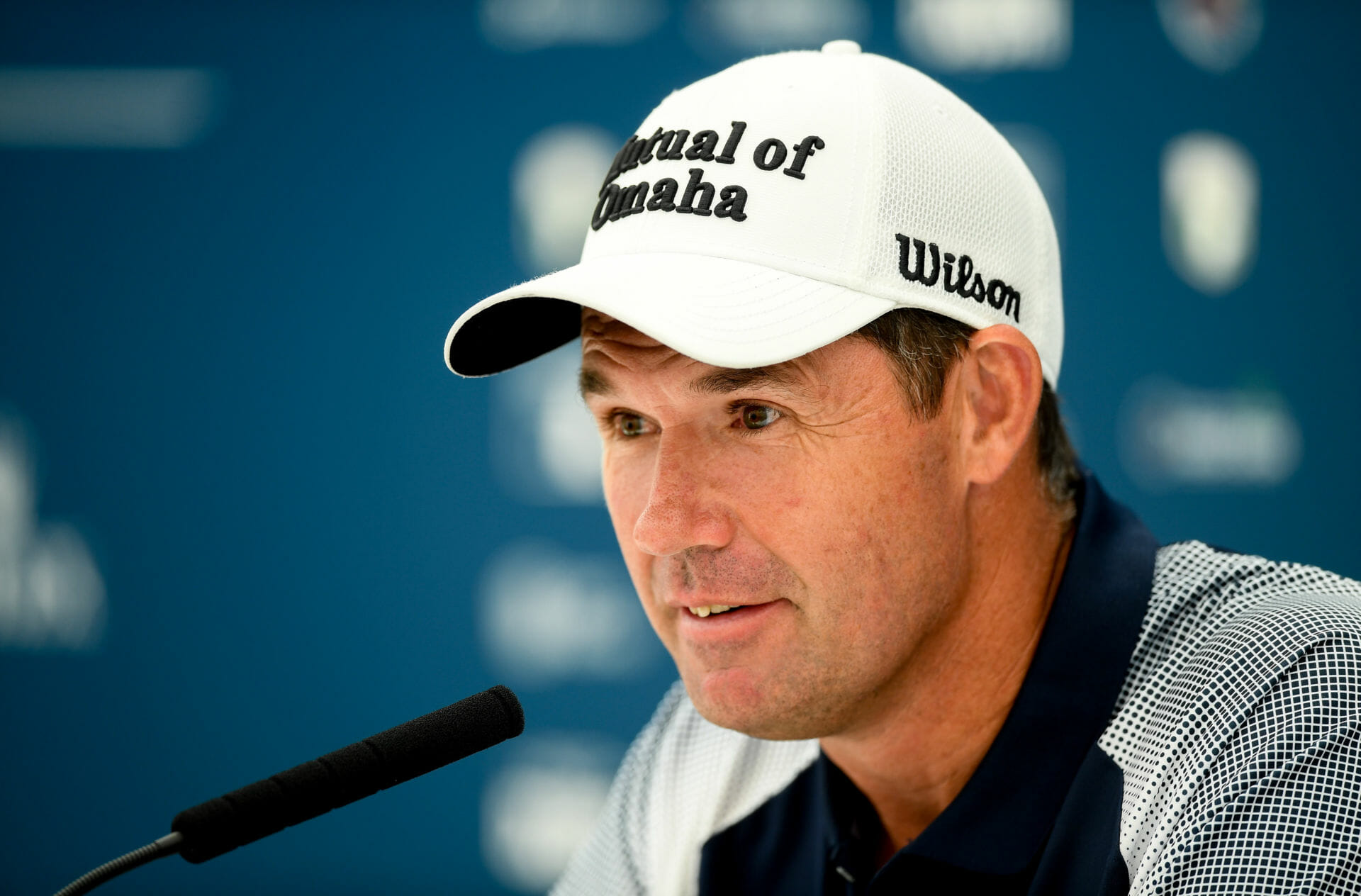 Pettersen had been a controversial choice as a European ‘wildcard’ pick but the Norwegian turned into the Gleneagles winning hero when she holed an eight-foot birdie putt on the very last hole, and in the very last match, against USA rival Marina Alex for a crucial 1UP win.

Harrington was in Amsterdam Airport after competing in the KLM Open and admits that he was glued to the TV coverage from the Solheim Cup as he waited for his flight to board.

“That was intense at the end and I was watching it on the SKY Go and watching it at the airport and following along the ebbs and flows just like at a Ryder Cup,” said Harrington.

“One minute, it’s a great chance, no, it’s gone away, oh, we’ve got a chance. Like the finish, those last three matches, well, two matches, really, that were right at the end, for it to turn in Europe’s favor was unbelievable. It was a thrilling watch. I can’t imagine what it was like for the fans who were there and the players.

“You know, for Europe to, it looked good, as I said, with maybe five matches left on the course, it was looking good, and then it wasn’t and then all of a sudden they came back, and for Suzann to hole the putt on the last, she hit a beautiful pitch in. That was a quality pitch. A little unlucky to spin it back six feet short of the hole.”

Harrington’s pleasure for Pettersen and the winning European Team Solheim Cup team then lead the Dubliner to recall his own delight when McGinley became the victory hero in the 2002 Ryder Cup at The Belfry in holing a six-foot birdie to tie his Singles match against Jim Furyk; a result that delivered Europe the gleaming gold trophy.

“I can relate to where Suzann is at in her career. When you get to that stage in your career, I can tell you what, holing six footers on the last green is never going to be fun,” said Harrington.

“All I could think about when I was watching Suzann hit the putt was Paul McGinley. Paul McGinley, who has never been the luckiest guy on the greens, putting has never really been his fortitude, and all of a sudden he holes the winning putt in The Ryder Cup! I could see that with Suzann.

“It was fairytale stuff, without a doubt. Very exciting.

“I’ll try, and like all good things, I’ll try and take some momentum out of it.”