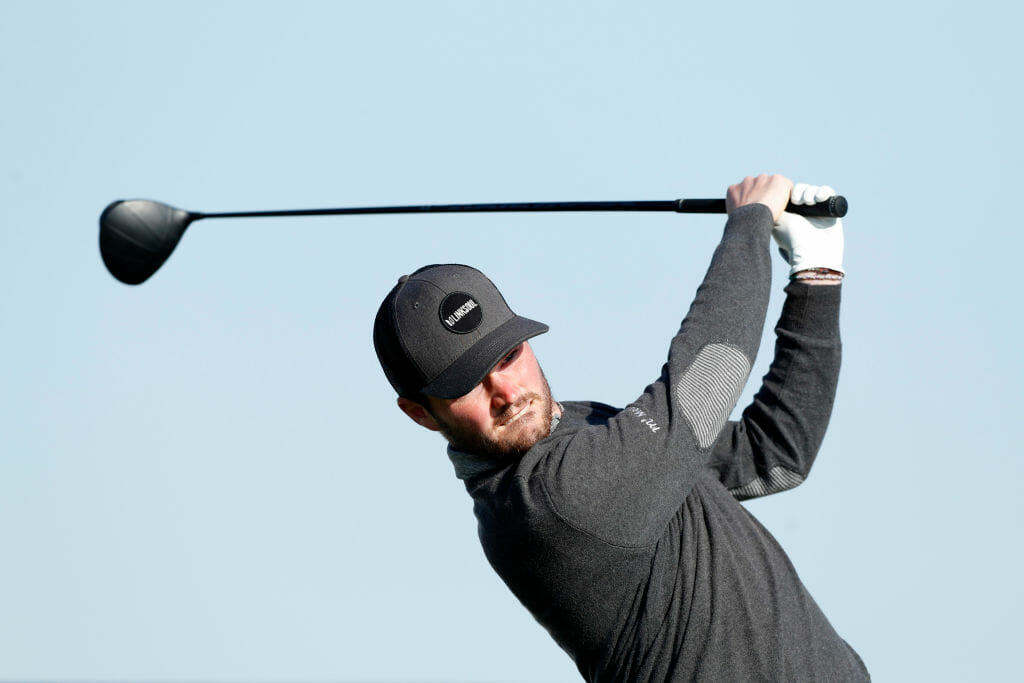 Cormac Sharvin is just two shots off the lead after firing a superb five-under par 67 on day two of the 57° Open de Portugal @ Morgado Golf Resort.

The Ardglass professional was blemish-free in posting five birdies to bolt 14 places up the leaderboard into a share of third at seven-under par.

Meanwhile Rosapenna’s Ruaidhri McGee is also safely through to the weekend in tied-13th position after adding an even par 72 to remain at minus-four.

Dubliner Paul McBride is just a shot further back after adding a 71 to his opening day 70 for a three-under par total.

In great news for Gary Hurley, the West Waterford professional will contest a rare weekend on the Challenge Tour despite a day two stumble in Portugal.

Hurley fell outside the top-30 with a second round 74 but remains in the hunt for a confidence boosting week from one-under par on the board.

Not to be outdone, Clandeboye’s Jonathan Caldwell made it an Irish quintet ahead of moving day after signing for a three-under par 69 to make the cut on the mark at plus-one.

At the head of affairs, Rhys Enoch is relishing his new perspective on golf after carding back-to-back birdies on the final two holes to lead by one stroke at the halfway stage.

The Welshman carded a six-under par round of 66 to reach nine-under par after 36 holes, one shot clear of England’s Richard Bland, who sits second on eight-under par, while Bryce Easton, Mathieu Fenasse, Sebastian Garcia Rodriguez and Cormac Sharvin share third place on seven under par.

It has been a life-changing summer for Enoch, who qualified for the U.S. Open Championship in June and made the cut following a sublime second round 66, before earning his maiden European Challenge Tour victory at the D+D REAL Slovakia Challenge, getting married to his wife Lynn and welcoming their first child into the world in the space of two months.

It is thanks to that incredible couple of months that Enoch has a new outlook on golf, and it is one which seems to be paying dividends.

“Becoming a father can only help,” he said. “It gives you a different perspective and a realisation that golf isn’t everything.

“When you’re young, you’re so intent on making it and playing well that it can get you down and it can be a burden.

“Even though there’s seemingly more pressure with a family, it can make you realise how important other things are. I’ve been playing well for a while so it’s just nice to free wheel and let it come to me.”

The 31-year-old finished his second round in the perfect way with birdies on both the 17th and 18th holes at Morgado Golf Resort and he was pleased with how his day panned out after kickstarting it with a good par save early in the round.

“I wasn’t really feeling particularly great,” he said. “I woke up feeling a bit groggy because it’s been quite hot and I was concerned I was going to be a bit run down.

“I plugged away at it and I found something on the sixth green and holed a good clutch par putt to stay at level par for the day and I just started moving on.

“I absolutely caned a drive down 18 so I was only left with 90 yards to the pin. I hit a perfect little 58° wedge which has clattered the bottom of the pin, which is the worst place to hit it, and it has span off the green to about 45 feet and I managed to make that one to make the day feel a little sweeter.”

Garcia Rodriguez – one of the four men in third place on seven under par – signed for the low round of the week so far as he carded ten birdies and two bogeys on his way to an eight under par round of 64.

A total of 67 players survived the second round cut of one over par and will compete for the Open de Portugal title over the weekend.