Resilient Clarke just one back on Senior Open debut 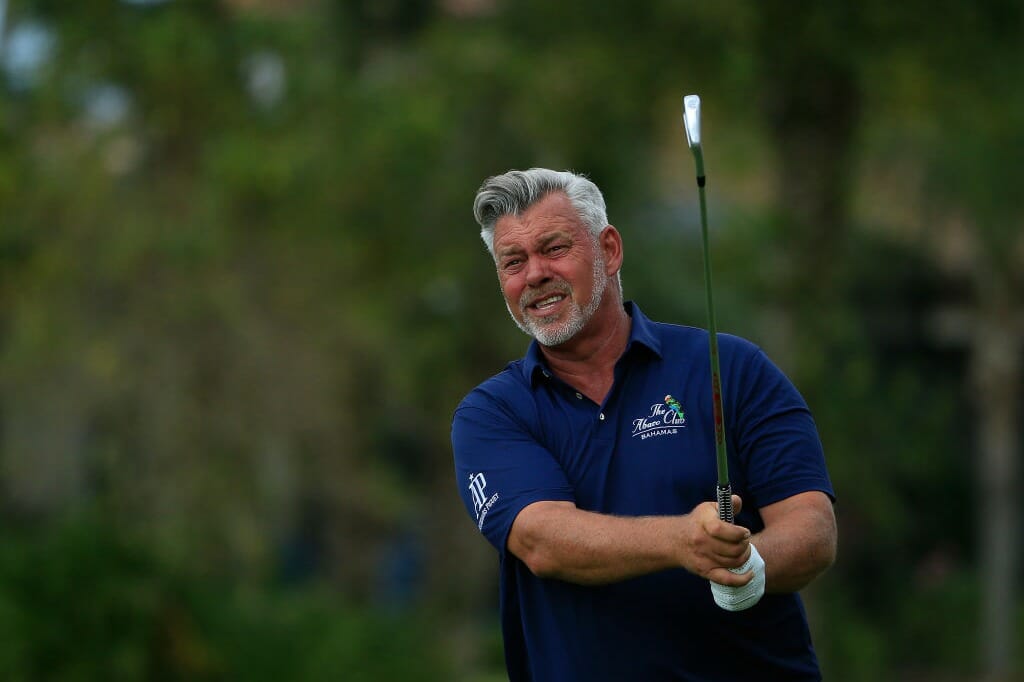 Darren Clarke was able to put his Portrush disappointment to the back of his mind to produce a superb two-under par 68 that sees him enter the afternoon just one shot off the lead on his Senior Open debut at Royal Lytham & St Annes.

Last week Clarke was the picture of pride for 35-holes as he delighted home fans with some magical golf that looked to have ensured his safe passage to the weekend at the 148th Open on his childhood course of Portrush. Sadly, it wasn’t to be as Clarke’s final hole on Friday threw up a triple-bogey seven that the 2011 Champion Golfer admits was difficult to swallow.

“You know, last week, I played really nice for two rounds, I putted awful and even Friday I played better than Thursday, but I came off the 18th green, probably as low as I’ve ever felt coming off the golf course,” Clarke admitted.

“The Open Championship at home at Royal Portrush was so special, but I knew I was playing okay, and come over here, another week of links golf coming up and I’ve played well here in the past, really well when David Duval won The Open here, but I’ve played really well and I like the golf course. It’s a stern challenge.

“When you have another major, senior major coming up right on the back of one, it’s not that difficult to get yourself up for it.”

Clarke’s sound attitude certainly showed in his play with the 50-year old finding four birdies over the tricky links layout to sit in a five-way tie for fourth in a group that includes Colin Montgomerie.

“I played nicely,” Clarke added. “Hit a couple of poor shots at the start but after that, I think I only missed one green I think. I’m not quite sure.

“I played really nicely. My ball-striking was pretty good today. I had it pretty much under control, the trajectory, you need to do that. Even with the little breeze here at Lytham, if you’re off, you’re going to find bunkers and get in trouble.”

This week, Clarke is aiming to become only the third player in history to win the Claret Jug and the Senior Open, and although he admits it’s early days, he can’t deny that it’s a goal of his now that he’s in veteran company.

“It’s early to get carried away yet but I would love to get myself in there,” Clarke added. “I’m amazed there’s only three people that have done it, but certainly, it’s another Open Championship, and it’s one that I would love to win at some stage in my career.”

Standing in his way is reigning Staysure Tour Number One Paul Broadhurst, who joined four Americans at the top of the leaderboard after day one at Royal Lytham & St Annes.

The Englishman, who won The Senior Open at Carnoustie in 2016, carded a three under par 67 to place himself in prime position for a weekend charge as he bids for his third Senior Major Championship victory in as many years, also winning the KitchenAid Senior PGA Championship in 2017.

The 53-year-old completed his round in twilight just before play was suspended at 21:15 local time. Earlier in the day, high temperatures eventually gave way to thunderstorms, which forced two suspensions in play totalling two hours and 45 minutes.

Equalling the low round of the day on the Lancashire links were Americans Wes Short Jr and Scott Dunlap, while compatriots Scott Parel and Ken Duke—also on three under par—will close out their opening rounds tomorrow morning.

Round two is now underway with Clarke taking to the fairway this afternoon at 13.47pm.