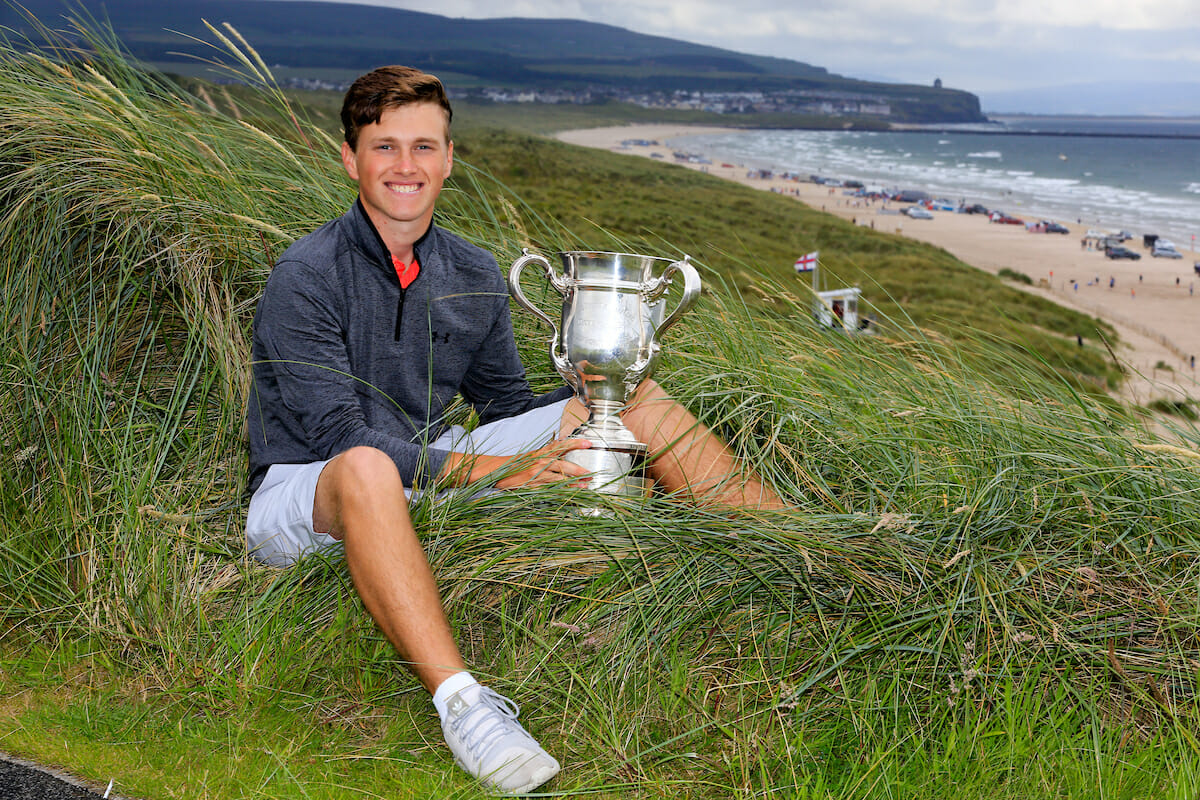 Englishman Arron Edwards-Hill reigned supreme to win the North of Ireland at Portstewart with a 2&1 victory against Ireland international Peter O’Keeffe.

The 19 year old from Chelmsford never trailed in the final. He won the first hole to take the initiative and had gone three clear by the seventh. Douglas dynamo O’Keeffe claimed the 16th to keep the match alive but his failed birdie putt at 17 confirmed Edwards-Hill as the champion.

“I obviously like it in Ireland,” said the new champion, who was third at the Flogas Irish Amateur Open earlier this season. “I lived in Ireland until I was 10. I grew up in Wexford, outside New Ross. I played a lot of par three courses there growing up.”

With a string of top 10 finishes, Edwards-Hill has been in superb form this season. He travelled to Co Sligo for the West of Ireland in April, finishing second, before returning to Rosses Point for the Irish Amateur in May.

“I’ve played really solid all year,” he remarked. “I had one bad event, The Amateur Championship. Other than that I haven’t missed a cut. I’ve hardly been outside the top 20. I’ve been in the top five a lot. This win has definitely been coming.”

After easing through stroke play qualifying, the champion survived a scare in round two, when he was taken to the 19th by Cairndhu’s Nicholas McClay. After another tough encounter with Portmarnock’s Geoff Lenehan in round three, which went the distance, Edwards-Hill cruised into the final, winning 6&5 in the quarters and 5&4 in the semis.

“Round two, that was the key match, 100 per cent,” he reflected. “The guy I played had 10 feet to beat me on the last and his putt lipped out. I didn’t play great to start with in the early rounds of the match play but once I got comfortable, I played really well. I had good victories in the quarters and the semis, which got my confidence up.”

Meanwhile, O’Keeffe booked his place in the decider with a 3&1 success against Naas bomber Robert Brazill. The Corkman took out Rosslare’s Ian Lynch, the defending champion, in the second round. 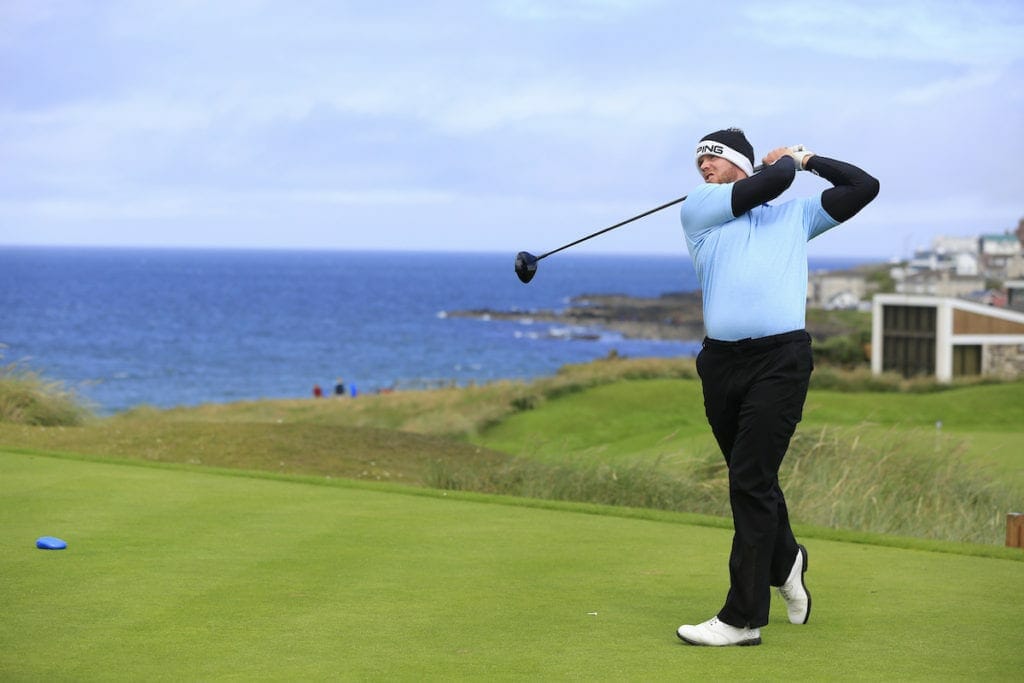 O’Keeffe, winner of the Flogas Irish Amateur Open in 2017, was seeking his second major championship at the North but losing four of the first seven holes crippled his title bid.

“I made a great up and down on the seventh,” Edwards-Hill revealed. “As soon as I got to three up I said to myself: ‘Keep making pars.’ He had to do the work to make his birdies. That was the key really, par golf, especially in those conditions because it was really windy.”

By finishing runner-up, O’Keeffe makes a significant jump on the Bridgestone Order of Merit, moving inside the top 10. Although beaten in the semis, Robert Brazill is now inside the top three. Automatic selection for Ireland at the Home Internationals, 11 to 13 September at Lahinch, is the prize for the leading trio at the end of the Bridgestone series.

The North of Ireland was the seventh of 10 events in the Bridgestone Order of Merit. The AIG Irish Close at Ballybunion (3-8 August) is the penultimate tournament and the series concludes at the Mullingar Scratch Trophy (10-11 August).