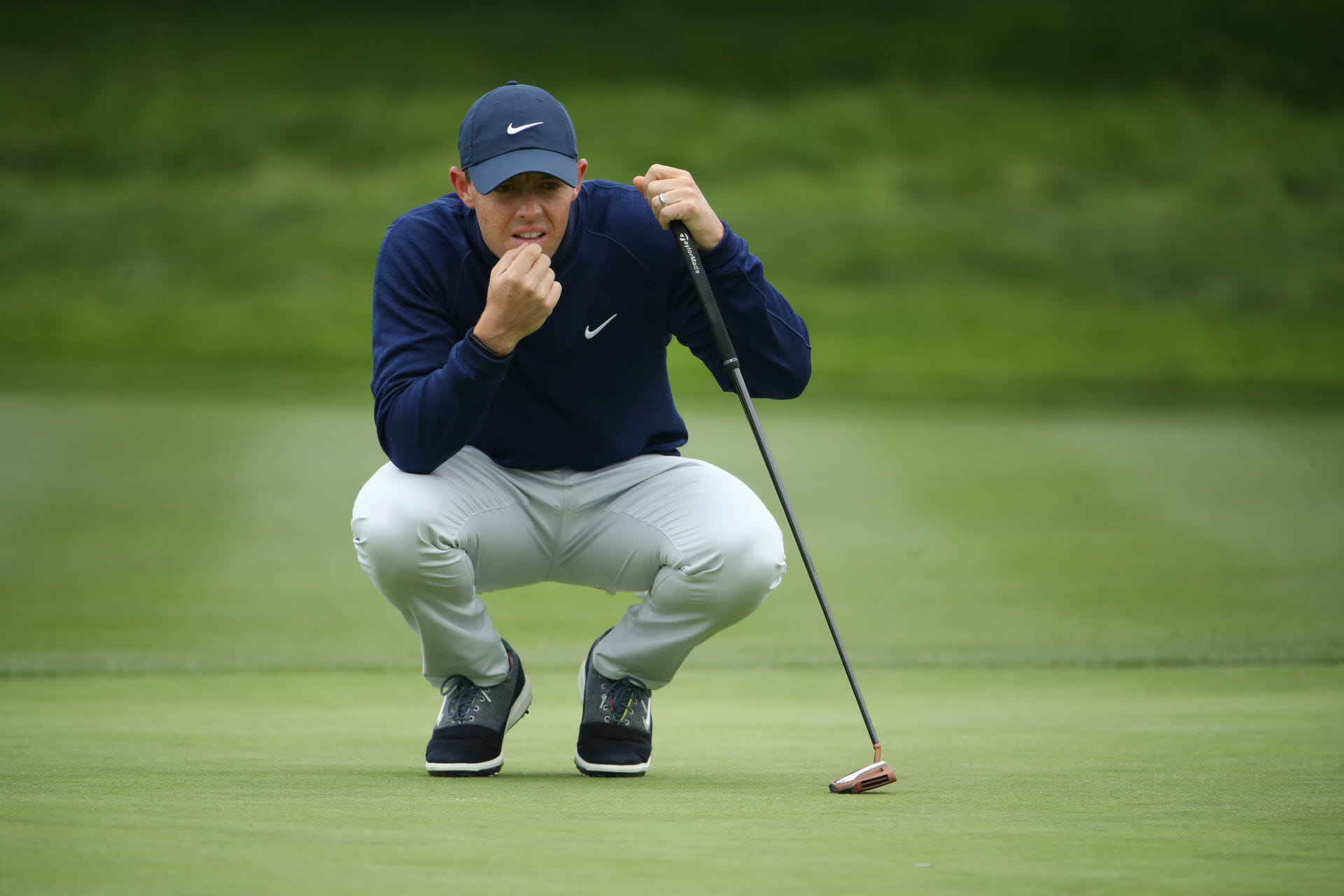 Rory McIlroy admits he will need a great final round to secure a second U.S. Open Championship at Pebble Beach Golf Links.

McIlroy began the third round four shots off the lead held by Gary Woodland and ended it five adrift of the American after a 70 featuring three birdies and two bogeys. But he does not have four Major titles for nothing and is confident he can low on Sunday, although he believes he may still need some help from the leaders.

“I think it is in there,” McIlroy said. “I definitely think I can shoot 65 or 66 on this golf course.

“That’s probably what it is going to take tomorrow. Everything has got to be on. You’ve got to get off to a fast start, you’ve got to play the par fives well and you need to hit it in the fairways all day. It’s difficult. It is possible, but it is difficult.

“I’ve hit the ball in the fairway for the most part, I’ve been smart, I’ve hit to the right part of the greens. Today I felt like I didn’t get as much out the round as I could have but at the same time at a U.S. Open, you have to hang around.

“As much as you like to think you get four opportunities a year to win these things, you might only get one or two depending on how you play. I’ve got a little opportunity tomorrow.

“I’ve obviously got some ground to make up but, at the same time, it’s tough. Leaders can make bogeys, make mistakes, and I’m going to have to rely on them doing that. But I need a great round out of myself.”

At the top, Gary Woodland will head into the final round one shot ahead of Justin Rose.

The playing partners matched each other blow for blow on the California coast but a closing birdie from the Englishman saw him card a 68 to sit at ten under, one back of his rival who signed for a 69.

Rose triumphed at this event in 2013 and while he has won many things including an Olympic gold medal and two Rolex Series titles since then, he has long spoken of his desire to be a multiple Major Champion.

The duo will not have the stage to themselves on Sunday, however, with two time defending champion Brooks Koepka, 2010 Open Champion Louis Oosthuizen and American Chez Reavie all at seven under with McIlroy a further shot back

Since his emotional triumph at Merion Golf Club six years ago, Rose has three runner up finishes and seven other tops tens in golf’s four biggest events, and a second win at last would give him a 12th European Tour win.

“Today wasn’t perfect but my short game kept me in it,” he said. “I pulled off some clutch shots too.

“I had five birdies today, that gives you a bit of leeway to make a mistake but I think tomorrow we might see a course that isn’t as gentle as we’ve seen this week.

“So with the course that has the ability to firm up and trickier pins, I’m preparing for all eventualities. I can’t wait to see the pins in the morning and make a plan.”

It took Woodland 28 attempts to achieve a top ten in a Major but he now has two in his last three as he looks for a first win.

“I’ll be rested for tomorrow,” he said. “I’m comfortable with my game, I’m playing good. We’re at Pebble Beach for the U.S. Open, it should be exciting.

“I’m in a good spot. You come here with intentions to play to win and give yourself a chance and I’ve done that through 54 holes. We’ve got to get ready in the morning, have fun, come out with an attitude and see what happens.”

Danny Willett carded his first ever sub 70 round at the U.S. Open with a 67 to sit at four under alongside 2010 champion Graeme McDowell, Jon Rahm, Henrik Stenson and Matt Wallace all seven shots back in a tie for 9th.

Shane Lowry carded a one under par 70 to jump up 23 places to a tie for 33rd ahead of the final day.

15 minute highlight reel from Round 3 at Pebble Beach