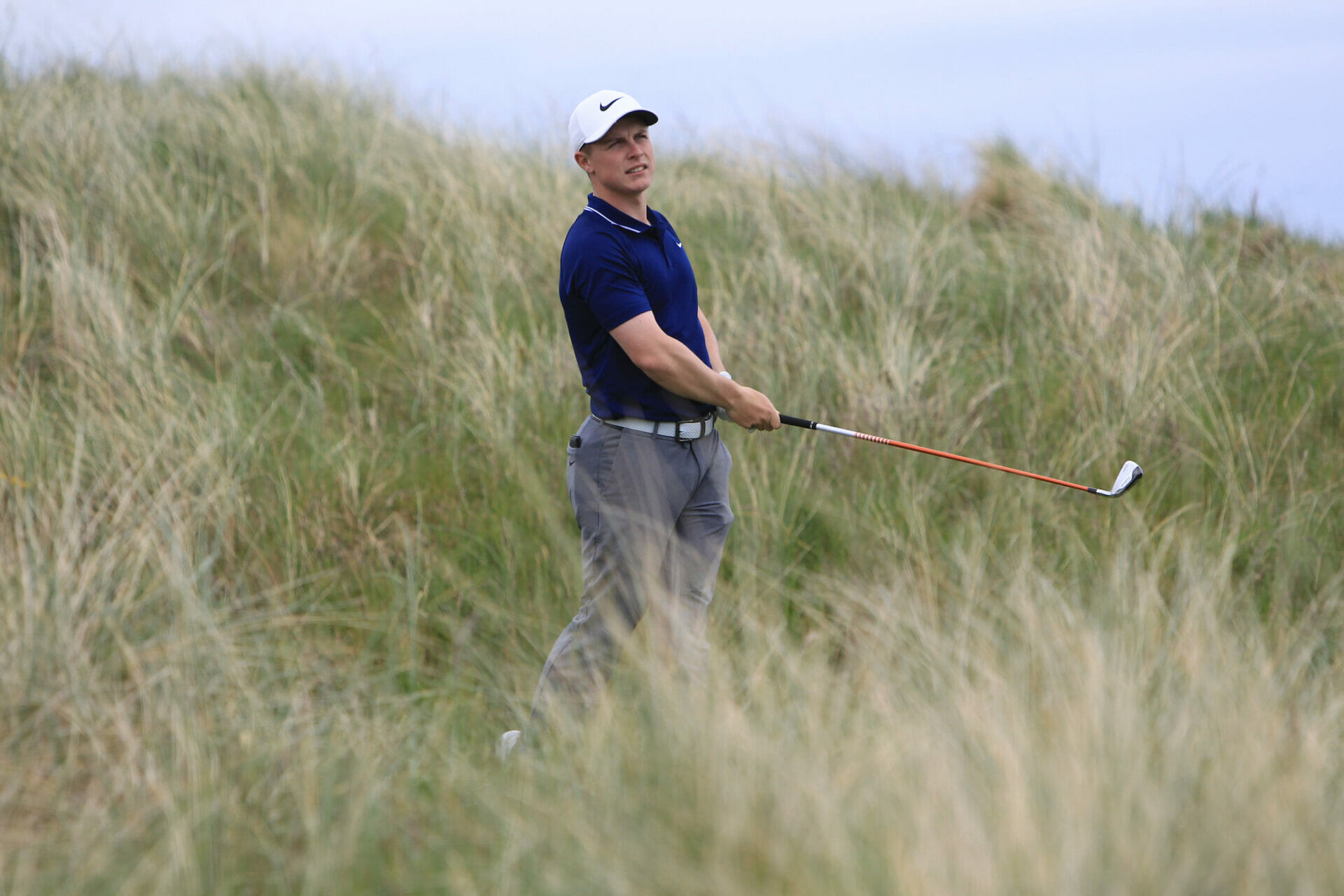 Ireland international Conor Purcell has moved clear on the Bridgestone Order of Merit after another impressive performance cemented his status as Ireland number one.

Purcell, 21, finished runner-up at the Flogas Irish Amateur Open and, as the leading home player in the field, showcased the skills that have taken him to number 21 in the world rankings. The Portmarnock star leads the Bridgestone Order of Merit by a considerable margin from Galway’s Ronan Mullarney, who was next best of the home challengers, in fifth place, at the Irish Amateur in Co Sligo.

“It’s been a good start,” said Purcell reflecting on his home form to date. “For the two Irish events that I’ve played, I have two seconds so couldn’t ask for more.”

“I’ve had a good start, what I would consider a good start to the year so just need to push on from here,” said Purcell, who returns to club action this weekend in the AIG Barton Shield.

For Mullarney, it was a case of what might have been following his opening round heroics at Rosses. He set a course record 62 to lead by four but faded over the weekend and eventually finished nine shots off the pace. Still, sitting second in the Bridgestone table leaves him in a healthy position.

Elsewhere in the table, Caolan Rafferty slips from first to third while Keith Egan (Carton House) moves up one place to fourth. Munster Stroke Play champion Joe Lyons (Galway) is fifth. Castle’s Robert Moran is sixth in the merit table following his top 10 finish at the Irish Am with Robert Brazill (Naas) close behind in seventh. Waterford’s Eanna Griffin is tied for eighth alongside Tiarnán McLarnon (Massereene) and Jack McDonnell (Forrest Little) completes the top ten.

The next event in the Bridgestone series is the Ulster Stroke Play Championship at Galgorm Castle and Massereene. (27-28 May).