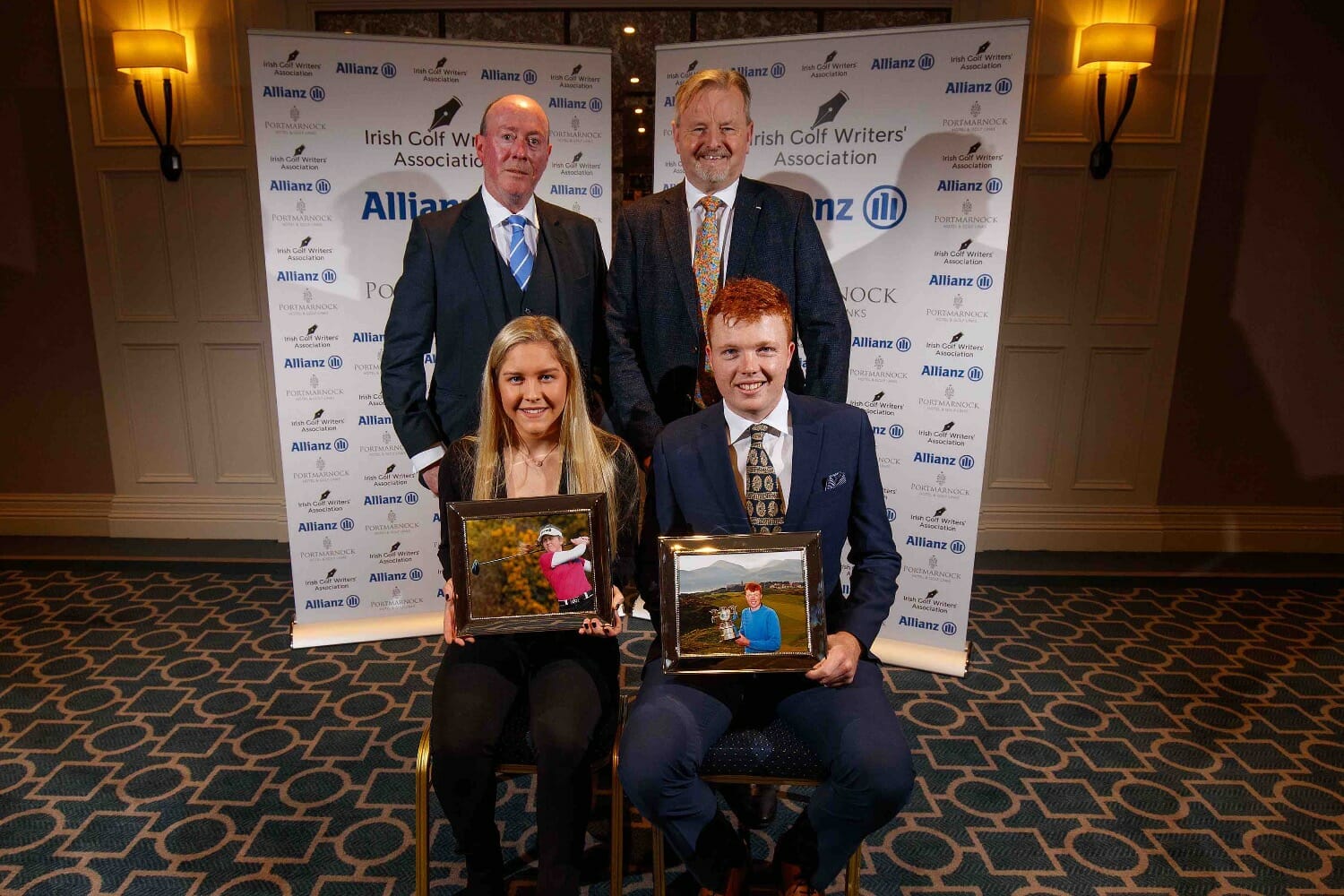 Stephanie Meadow’s fortitude and resilience in returning from serious injury to regain her full LPGA Tour card for next season has earned her the Professional Player of the Year Award for 2018 from the Irish Golf Writers’ Association, sponsored by Allianz with Meadow, 26, the first woman to win the award since its inception in 1976.

The Northern Irishwoman suffered a stress fracture (L5) in her spine during the 2017 season, but was unable to avail of a medical exemption on the LPGA Tour, underwent surgery and endured over four months of rehabilitation to resurface with renewed determination in the 2018.

Playing on the Symetra Tour, Meadow won the IOA Championship, had nine top-10s during the year and claimed a full LPGA Tour card for next season by finishing sixth on the order of merit.

“I have a lot of people to thank, because it is not just me who got me here. To the ILGU. Girls golf has come a long way in the last 10 years and to win this award on behalf of them is unbelievable. Their training programmes have made me the golfer I am today. I have a lot of people in my corner who I would like to thank. My coaches, my sports psychologist, my fitness trainer who made me healthy again and my family and close friends, who picked me up this past year and got me through it,” said Meadow.

Her award was accepted on her behalf at the awards dinner in Portmarnock Hotel & Golf Links on Thursday night by Sinéad Heraty, chief executive of the Irish Ladies Golf Union.

Dawson, an equine business graduate from NUI Maynooth, turned professional following the World Amateur Team Championship and has earned his card for the Challenge Tour for the 2019 season.

The Distinguished Services to Golf award was presented to Miriam Hand, who is the driving force behind the “Play in Pink” charitable initiative to raise funds in aid of Breast Cancer Research. Here are Irish Golfer we are proud supporters of Miriam and the charity with the initiative  going from strength to strength in recent years, raising more than €600,000 since 2011. In 2018 alone, in excess of €195,000 was raised at events throughout the country.