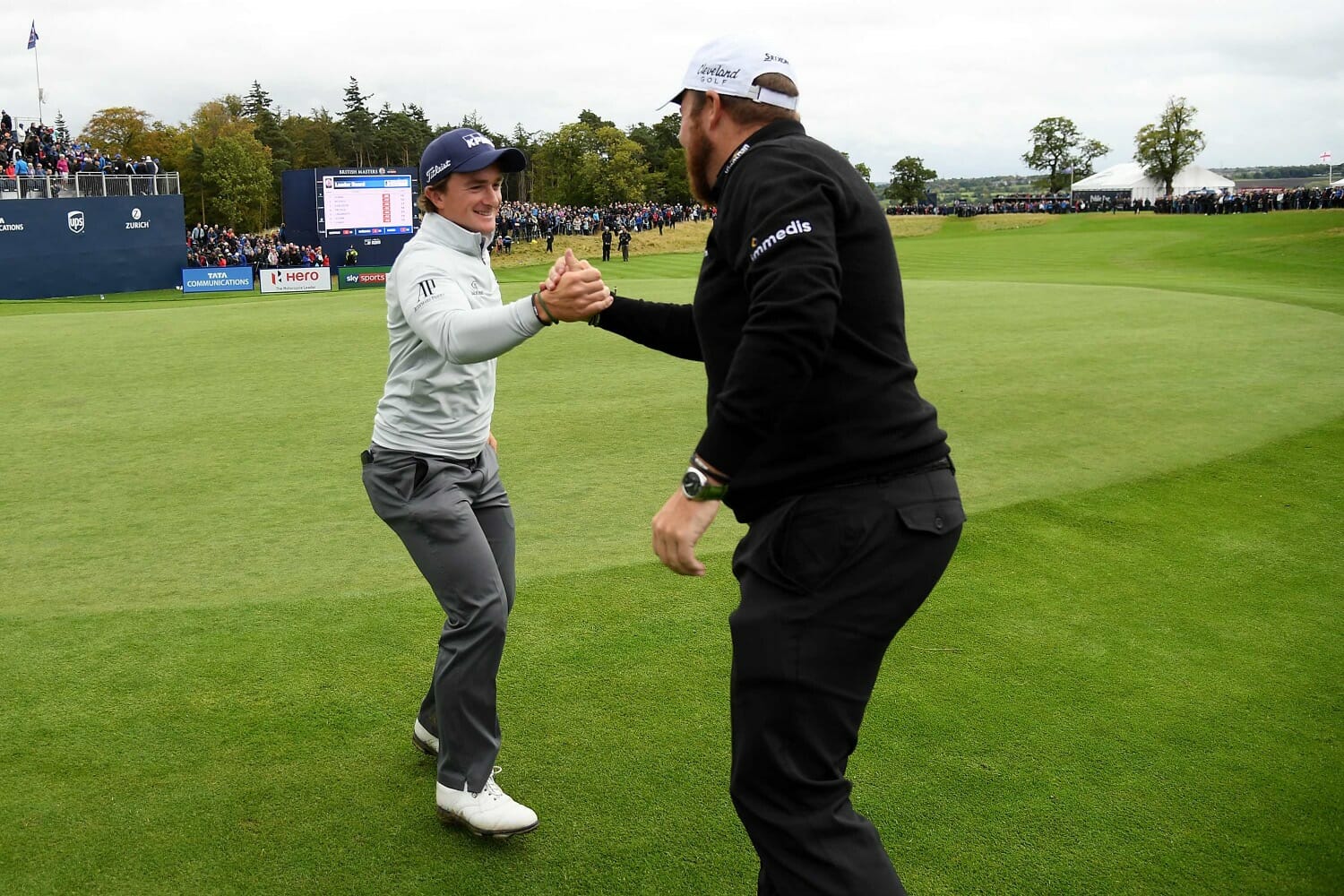 Dunne had a standout second full European Tour season gallantly losing out early in the year in a play-off for the Hassan II Trophy before holing a stunning birdie chip shot at the final hole to secure a maiden Tour triumph at the British Masters.

The Greystones golfer stood tall to be the only Irish-born European or PGA Tour member to win in 2017 and finished an impressive 16th on the Race to Dubai with earnings of Euro 1.7m.

Dunne had previously won the Irish Golf Writers award for the ‘Best Male Amateur’ in 2014 and 2015 and now he joins the greats of Irish golf in taking out the Association’s top male honour.

Lowry, who was honoured by the Association the past two years, was as equally proud of ‘Dunners’.

“I know ‘Dunners’ fairly well and I am delighted for him to win the award,” said Lowry. “I remember when he first came out on Tour. He’s a great lad and I am absolutely chuffed for him.”

“He’s also got his name on a trophy that has my name so that can’t be all that bad. I have noticed also since winning the British Masters his expectations have clearly risen and winning the award is another good step forward for him.”

McDowell won the Irish Golf Writers top male award first in 2010 and then again 2013 and he was also delighted for Dunne.

“For Paul to win the Irish Golf Writers award is a great bonus after a very impressive season,” said McDowell.

“I’ve played a few practice rounds with him here and there and he looks to me that he does everything right while physically he looks a strong lad, swings at it well and goes about his business very professionally.”

“He knows how to conduct himself and knows he has to work hard and Paul is not scared, just like all the young kids out here now on tour.”

“It’s just great to have another young and talented Irish player out on tour so huge congratulations to him capping such a big season with the Irish Golf Writers top award.”

The other award winners included:-

Leona Maguire, the world No. 1 ranked amateur player, earned the “Women’s Amateur of the Year”.

Paul McBride, Ireland’s lone representative on the GB & I Walker Cup side, was voted “Men’s Amateur of the Year”.

And Gavin Caldwell, the former captain of the R&A, and Michael Moss, the retired GM of Portstewart Golf Club which played host to the Dubai Duty Free Irish Open, received “Distinguished Services to Golf” awards.