Gorey golfer William Hunt-Tyrell has rolled back the years to record a hugely impressive third place in the over 45 category of the American Golf U.K. Long Drive Championship.

Hunt-Tyrell, 46, blasted a series of enormous drives – including one of 413 yards – to take down the best senior long drivers that Europe has to offer, only falling short of glory at the semi-final stage of one of the most hotly contested Long Drive events ever recorded.

Hunt-Tyrell, who plays his golf out of Arklow Golf Club, returned from a 13 year break from the sport to compete in the American Golf Championship, a decision that he is very happy with, “This has been an exquisite day out.  I’d really like to thank American Golf for making my return to the Long Drive scene very special!  I am disappointed not to have got further in the competition, particularly after hitting 413 yards in the previous round, but after 13 years away I can’t help but feel a little proud of my performance.”

It was clear from the seeding rounds that the bar was going to be set high. In the first set Hunt-Tyrell smashed the Championship record with 413 yards while 7 other players hit further than ever before seen in the category. The quarter finals brought Hunt-Tyrell up against reigning champion Anton Reader who he dispatched 2-0 with huge drives of 391 and 375 yards. Going into the semi’s Hunt-Tyrell was hot favourite for the round and the title but he came up against an in-form Charles Seo who was determined to make the most of his third final appearance. Hunt-Tyrell couldn’t quite reach the heights of earlier in the day while Seo hit a huge 393 to help him take the round 2 sets to 1. Seo then progressed through the final taking the title and the coveted prize of qualification for the world championships. 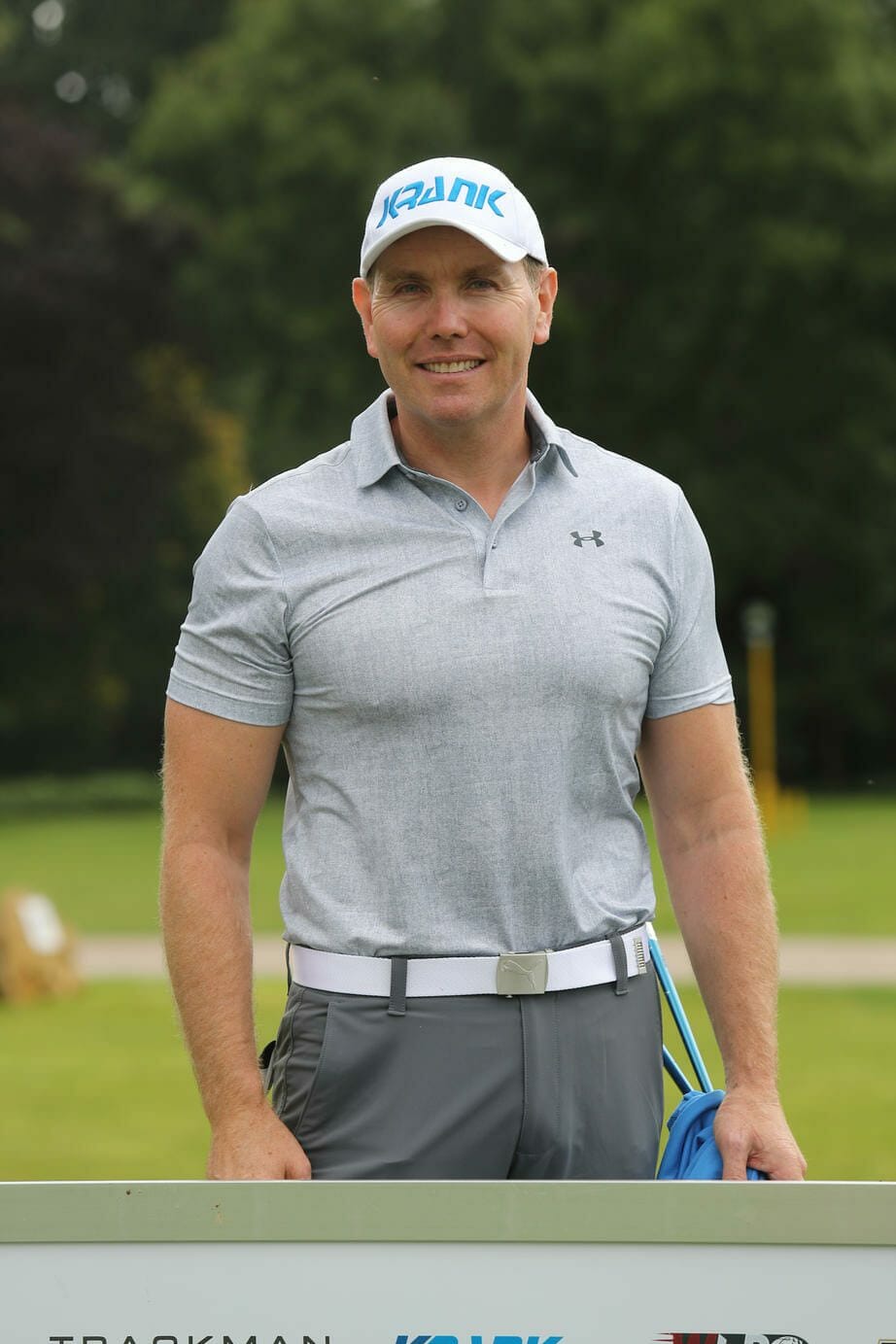 Above William Hunt-Tyrell happy after his third place finish

Daniel Gathercole, Director of marketing and communications at American Golf commented after the thrilling finals, “We started the American Golf U.K. Long Drive Championships 3 years ago to encourage more people to get out hitting balls and having some fun. This year we’ve had over 5000 people take part and this really has become the premier long drive event in Europe. It’s such a competitive environment but every player has shown fantastic sportsmanship and support for each other. I’m very proud of what American Golf has achieved with this Championship and hope to go even bigger with it next year.”

All three category finals of the American Golf U.K. Long Drive Championship will be shown on Sky Sports with the first airing on 17th October. Entry to the Long Drive Championships and all of American Golf’s Championships are absolutely free and are key to the nationwide retailer’s drive to get more people hitting more balls, more often. After watching the fireworks of this weekend’s competition it turns out that for 2017 those balls have been going a very long way!