TaylorMade giving us the chance to swing it like Tiger

TaylorMade has announced the release of the P7TW irons, a set of premium blades co-designed by Tiger Woods and TaylorMade Golf.

“Consumers have never had the opportunity to play irons like me… until now,” said Tiger Woods at the launch of the TaylorMade Golf Company’s highly anticipated release of P7TW, a premium iron set designed and crafted in collaboration with Tiger Woods.

Only that’s where the 14-time Major winner is wrong. I played irons like Tiger Woods, as Tiger Woods on the PlayStation for years; even shooting a 54 around Sawgrass while doing so! But admittedly, this opportunity is different, some would say, ‘realistic’, and it’s a pretty exciting thought that we’ll now be able to swing something similar to the great man on the golf course, even if the results will undoubtedly differ to the numbers Tiger’s putting up on a daily basis.

So, what’s so special about Woods’ new sticks?

The P7TW irons combine the inherent minimalism of precision forged muscle back blade-style irons with technology and exactness of TaylorMade’s milled grind sole and tungsten weighting for flight control and unique feel specific to Tiger. 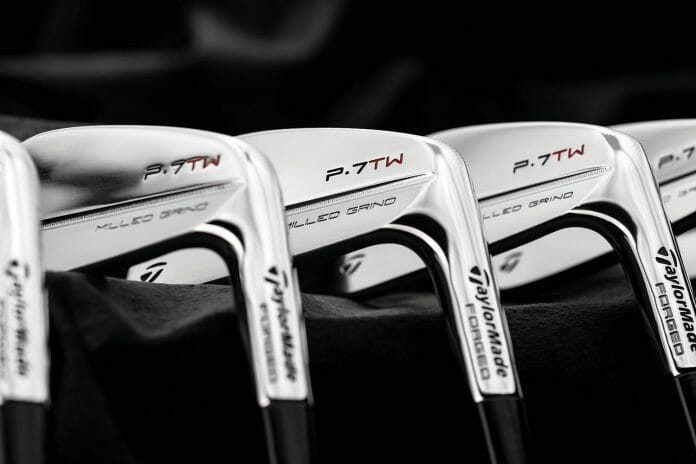 No player on the planet scrutinises golf equipment quite like Tiger Woods so the design and creation of his irons presented a significant challenge for the design team. With Tiger’s keen discernment top of mind, TaylorMade’s team spent countless hours unpacking decades of learnings from Tiger and Mike Taylor’s previous design experiences, all of which have led Tiger to the high level of performance and craftsmanship he demands today.

Utilising this critical information, the team spent hundreds of hours testing, relentlessly fine-tuning and creating nine design iterations through years of development to create the perfect set of irons for Tiger. When players look down at each individual iron, they’re looking at the culmination of every range session, event, victory and major championship from Tiger’s illustrious career.

P7TW irons were not crafted as a set — rather, each head has been individually and meticulously engineered to meet the highest of performance demands. TaylorMade’s R&D and product creation teams studied decades worth of club specifications and worked directly with Tiger to refine every sole, every contour and every groove.

With an emphasis on precise trajectory control, incredible workability and smooth turf interaction, each iron has been meticulously shaped to meet Tiger’s discerning eye. Each P7TW iron utilises many of the same design elements such as blade lengths, face height, CG progression, sole geometry, score lines and tungsten weighting, etc., that Tiger himself has in the bag.

“It’s no longer necessary to try to blend a set together from 50 different clubs,” says Tiger. “We’re able to replicate each one with consistency, from club to club, set to set, every single time.”

In the past, Tiger would need up to eight “identical” hand-crafted builds of each iron in order to find just one that he could put in play. Now, utilising the same machining process used for TaylorMade’s milled grind and hi-toe wedges, P7TW irons feature fully milled soles (for the first time ever in a TaylorMade iron) to eliminate variations head-to-head and set-to-set— ensuring absolute precision in every individual piece.

“With milled grind, knowing that I’m getting essentially the same set that I just wore out is huge,” added Woods. “I no longer have to hit hundreds upon thousands of golf balls to find a set.” 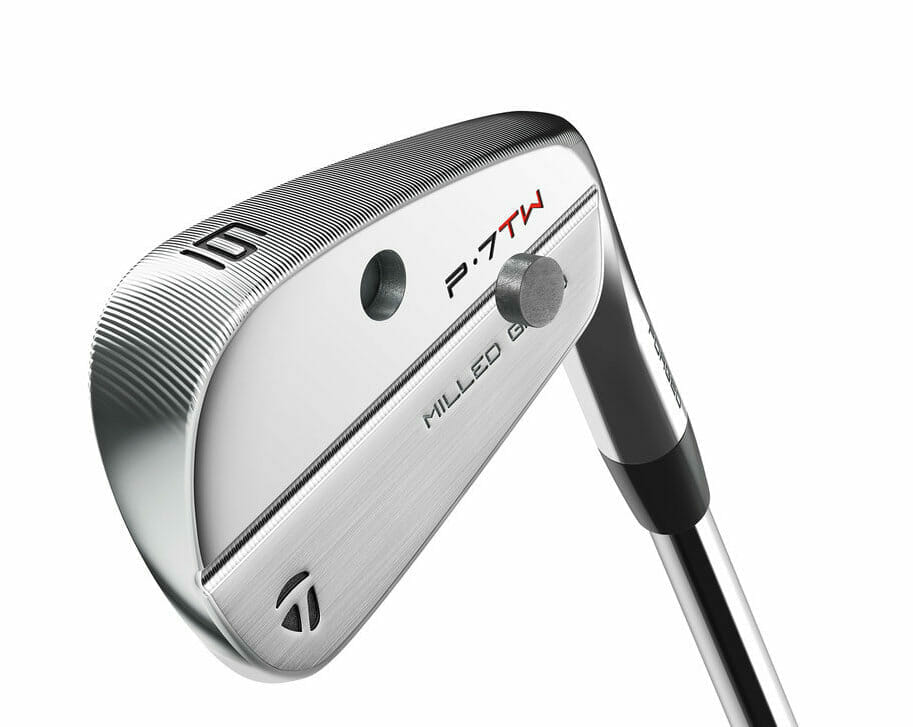 It is not widely known that Tiger uses precise amounts of tungsten weighting behind the sweet spot of his irons to improve their feel and performance. In golf, tungsten is typically used to achieve a specific CG location—however, Tiger Woods is no typical player. Instead, by optimally placing tungsten within the head of each P7TW iron, they deliver a unique blend of feel, flight and control for Tiger to play his best.

Intrigued yet? To sweeten the deal further, golfers will begin their journey with P7TW with a premium unboxing experience. Constructed from carefully selected materials, every detail of the P7TW box has been carefully considered to unveil these irons in a way that pays tribute to the heartfelt collaboration of Tiger Woods and TaylorMade Golf.

Available for preorder now and available commercially beginning May 1, at an RRP of €2,199 (7 iron set)