2022 was another stellar year for Titleist on Tour. They completed the Grand Slam in 2022 with Scottie Scheffler (Masters), Justin Thomas (PGA Championship), Matt Fitzpatrick (U.S. Open) and Cam Smith (TheOpen) all tasting Major success with a Pro V1 or Pro V1x ball.

Sticking with their two year product cycles, Titleist have announced updates to the the most-played golf balls on the PGA Tour, DP World Tour, LPGA, and every major amateur championship played last year with Pro V1 and Pro V1x for 2023.

The new Pro V1 and Pro V1x are engineered with high-gradient core designs that deliver lower long game spin for increased distance and a more consistent flight – helping golfers hit the ball longer and straighter while maintaining the Drop-and-Stop greenside control that Pro V1 and Pro V1x players rely on to play their best.

“We’re looking for consistency in every element of golf ball construction, from the aerodynamics down to the core,” said Mike Madson, Senior Director Golf Ball Research and Engineering. “We always want the ball flying in the same window regardless of how it’s oriented, and we want the ball to produce consistent launch, spin, and speed on every shot. Consistency means when a golfer tees up a Pro V1 or Pro V1x, every properly executed shot they make is going to deliver the performance they expect and the performance they trust.”

Along with these key innovations, Pro V1 and Pro V1x both remain true to their unique play styles: Pro V1 offers the best combination of distance, spin, and feel in the game and delivers a penetrating ball flight. Pro V1x is engineered to fly higher and spin more with irons and in the short game, while still offering low spin on longer shots to maximise distance.

“For a Titleist golf ball to be new, it must be better,” said Frederick Waddell, Director of Golf Ball Product Management. “For us to call it a new Pro V1, it needs to be demonstrably better than the prior generation. We go through a rigorous testing and validation process to ensure the performance improvements developed by our world-class R&D team are recognised by the golfer when they put it in play and experience the product.” 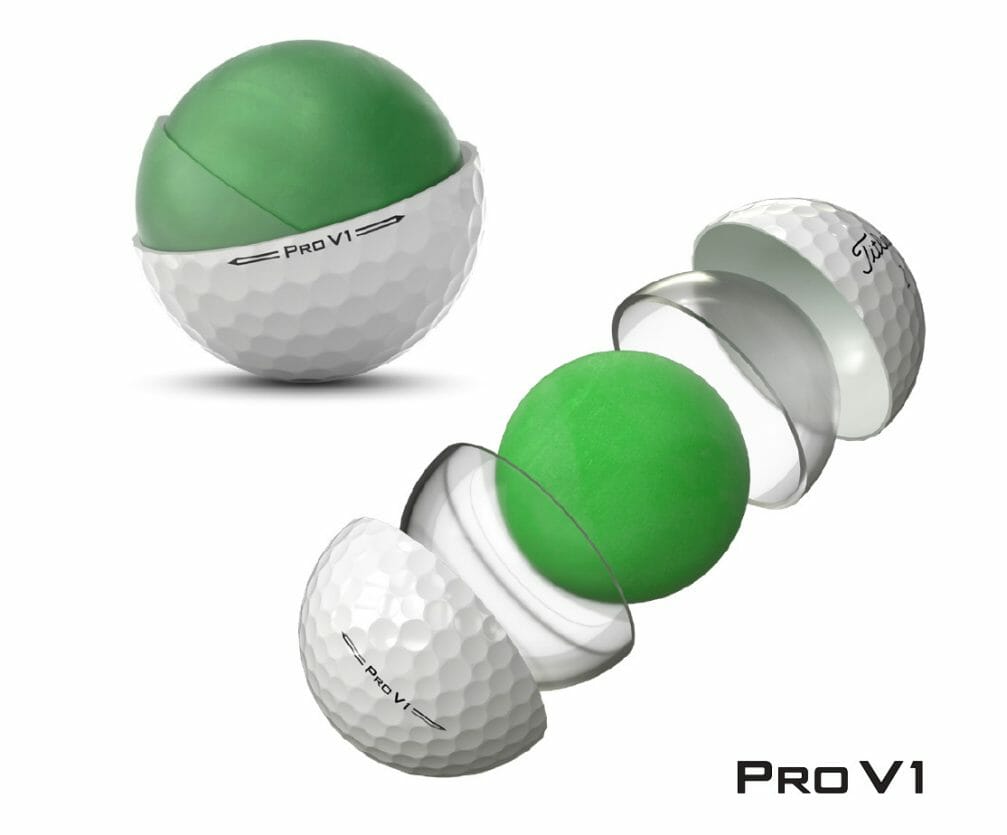 The most advanced iterations of the Pro V1 and Pro V1x yet, both golf balls feature significant innovations to improve on-course performance, including:

New High Gradient Core Design: An all-new, reimagined core in the new Pro V1 and the dual core Pro V1x are built to be firmer on the outside and progressively softer on the inside, which promotes fast speeds and low long game spin. The new cores take inspiration from popular CPOs (Custom Performance Options) – Pro V1 Left Dot and Pro V1x Left Dash – both of which feature high gradient cores and are the choice of several players on professional tours.

New Dual-Core Dimension: There has been a change in the 2023 Pro V1x dual core design, with the inner core increasing centre volume by 44%, from 1” to 1.13” in size. This works in concert with the high gradient, as the larger and softer centre helps to drive down long game spin and increase stability through the air.

Cast Thermoset Urethane Cover: The urethane covers on the Pro V1 and Pro V1x golf balls utilise a proprietary thermoset process. Two separate components are mixed, and the liquid urethane is cast into Titleist-manufactured cavities which form the appropriate dimple pattern into the cover. The precise timing of the curing process and temperature are integral to the consistency of the urethane and the performance the golfer experiences on the course.

Spherically-tiled Tetrahedral Dimple Designs: With a 388-dimple design on the Pro V1 and a 348-dimple design on Pro V1x, both golf balls have optimised aerodynamics to fly consistent and far. The Pro V1x’s dimple pattern allows the ball to launch and fly in a slightly higher window than the Pro V1. 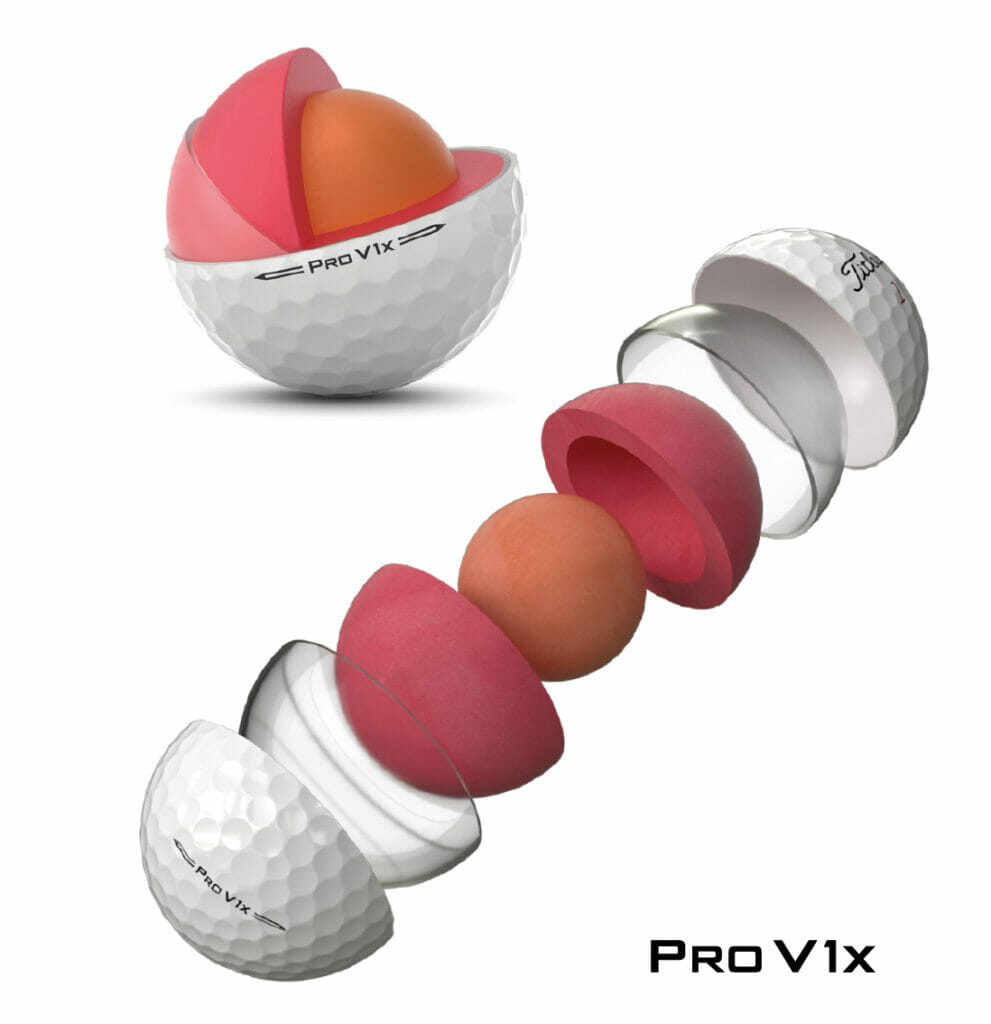